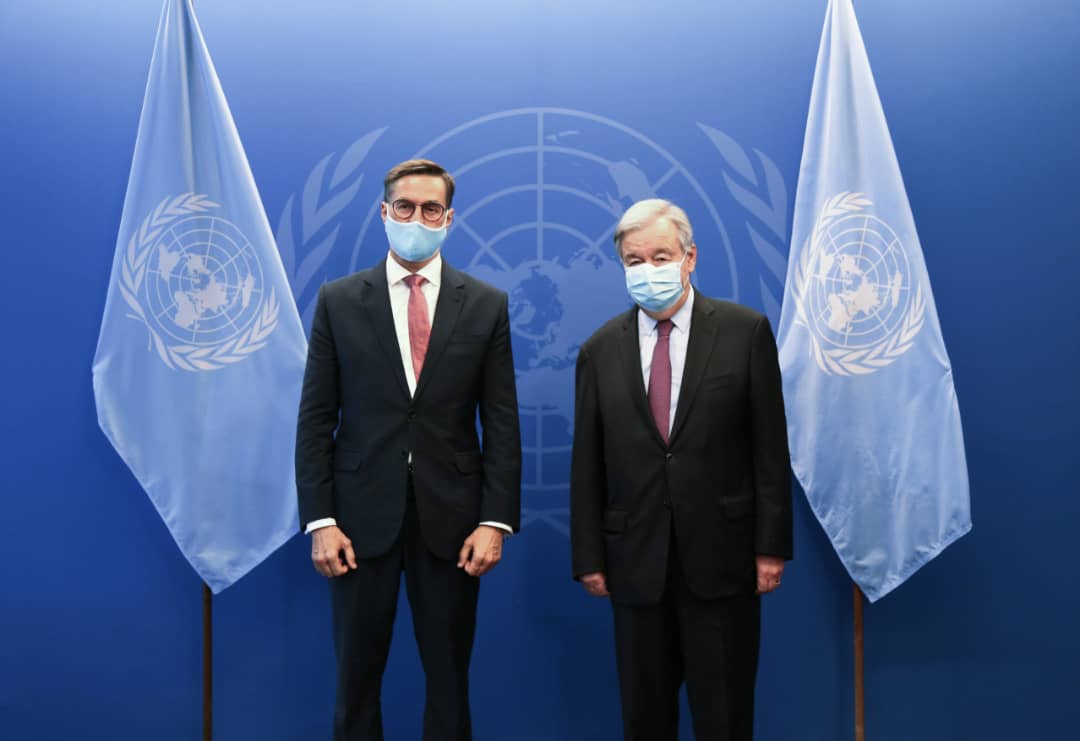 Minister of Peoples Power for Foreign Affairs, Félix Plasencia, held a cordial meeting with UN Secretary General, António Guterres, and reaffirmed Venezuela’s will to “move forward with the consolidation of a Development Cooperation Agenda with the United Nations System.”

In a message on his Twitter account @PlasenciaFelix, the head of Venezuela’s diplomacy also reaffirmed President Nicolás Maduro’s will to deepen the existing cooperation with the multilateral organization, which translates into benefits for the most vulnerable people in areas that have been jointly prioritized.

The meeting with Guterres is part of an intense agenda carried out by the Venezuelan foreign minister in New York on the margins of the 76th Session of the UN General Assembly.

UN Secretary General Guterres opened the general debate on Tuesday, September 21, with an address that summarized “the cascade of crises” faced by humanity, aggravated by the COVID-19 pandemic, climate change and a surge of mistrust in the established institutionality, and he urged to strengthen global governance and multilateralism.

On day later, in his address at the general debate, President Nicolás Maduro warned about the new forms of neocolonialism and domination that threaten the stability of sovereign countries, urged to strengthen the United Nations System and reaffirmed the demand to immediately lift the unilateral coercive measures against the Venezuelan people.