Venezuela's, Syria's foreign ministers reaffirm commitment to the Group of Friends in Defense of the UN Charter - MPPRE 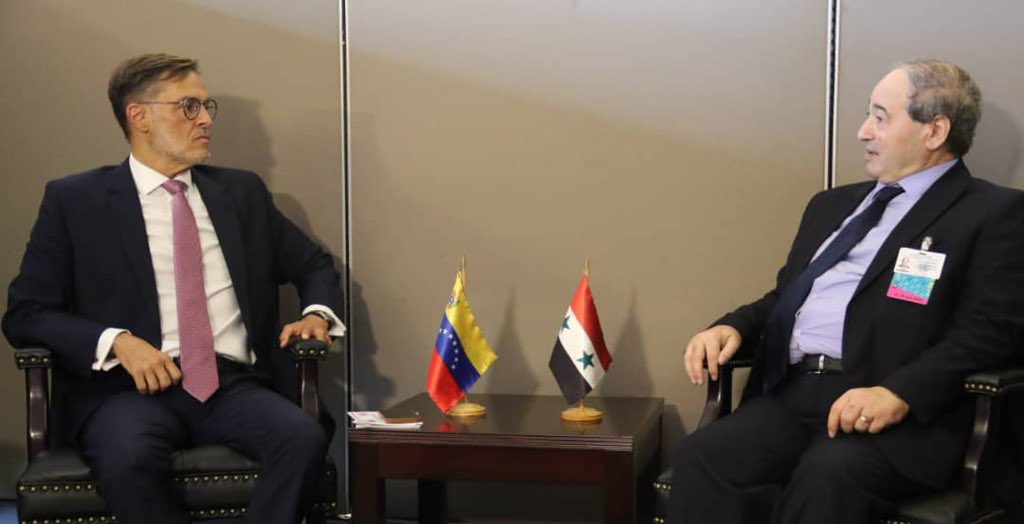 Venezuela’s Foreign Minister Félix Plasencia held on Thursday a meeting with his counterpart from the Republic of Syria, Faisal Mekdad.

In this regard, the two diplomats reaffirmed their commitment to strengthen the Group of Friends in Defense of the UN Charter.

Since the Bolivarian Revolution and Commander Hugo Chávez came to power, the Caracas-Damascus relations got stronger and were improved to a high level of integration in different areas. This strategic relation has been maintained and strengthened under the leadership of President Nicolás Maduro.