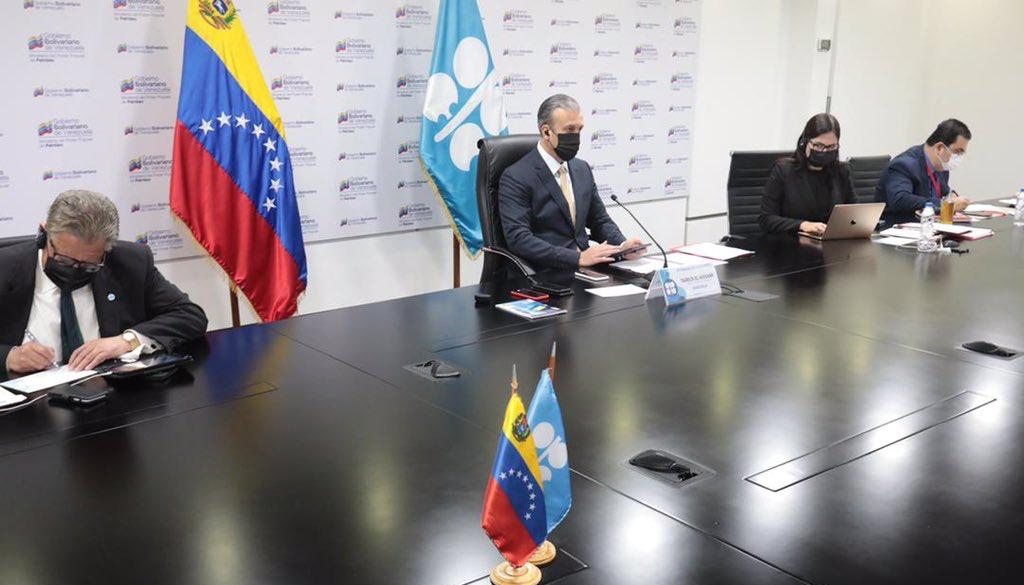 The Sector Vice-president for the Economic Area and People’s Power Minister for Petroleum, Tareck El Aissami, stressed this Thursday that OPEC+ must maintain constant monitoring of the oil market and make gradual adjustments to production, in order to take timely actions and guarantee stability of the world oil market.

During his participation in the 14th OPEC+ Ministerial Meeting, held via videoconference, from Vienna, Austria, he pointed out that gradual adjustments in oil production must be sustained and that OPEC+ members must remain vigilant:

“as We have been doing it month by month, by monitoring from the virtuous mechanism of the OPEC+ Declaration of Cooperation, all with the firm purpose of taking timely actions to ensure greater and more lasting stability of the international oil market and balance of the Global economy.”