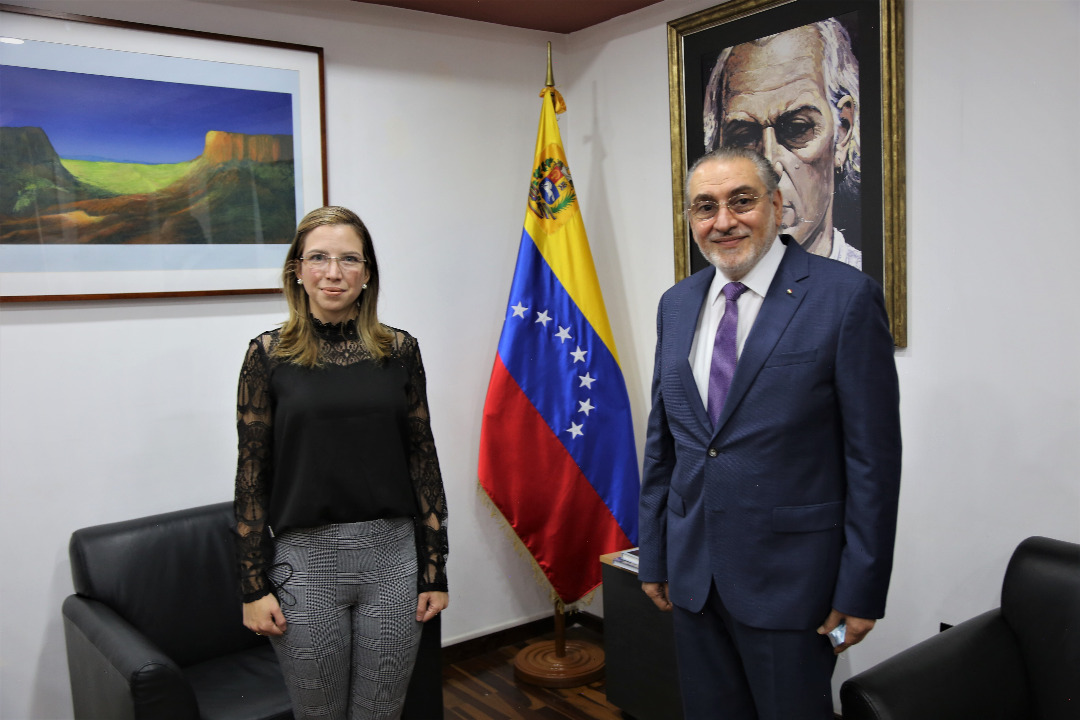 The Vice-minister for Multilateral Issues of the People’s Power Ministry for Foreign Relations, Daniela Rodríguez, met this Wednesday with the ambassador of the Syrian Arab Republic accredited to the Bolivarian Republic of Venezuela, Khalil Bitar, to evaluate and strengthen coincidences in the field of multilateralism.

Faced with the dynamic agenda activated in several multilateral organizations, Vice-minister Rodríguez pointed out that Venezuela and Syria are reinforcing joint positions in strategic scenarios for the defense of the interests of both countries, in addition to the principles and purposes of the United Nations Charter such as political sovereignty, self-determination and non-interference in internal affairs.

“We also spoke about the importance of preventing and combating the political instrumentalization of human rights as a weapon to interfere in the internal affairs of countries and try to subvert their political, economic and social realities”, the Venezuelan diplomat explained.

Venezuela and Syria have been victims of multiple attacks by the United States Government and its allies, mainly with financial blockade and unilateral coercive measures.

In this sense, both countries coincide in the combat of orchestrated manipulation by imperial powers against their governments and peoples. Since the arrival of the Bolivarian Revolution and Commander Hugo Chávez, relations between Caracas and Damascus have been consolidated and cooperation has crossed the barriers imposed by the North American government.