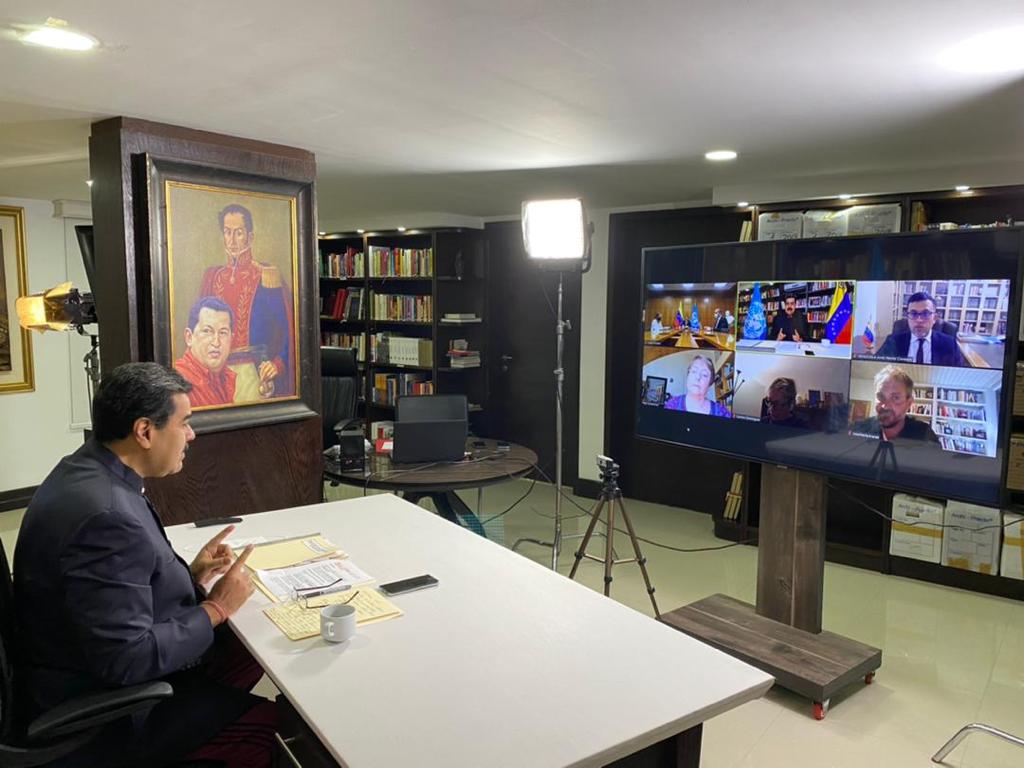 The president of the Bolivarian Republic of Venezuela, Nicolás Maduro, in the company of the People’s Power Minister for Foreign Relations, Jorge Arreaza, held a videoconference on Wednesday with the United Nations High Commissioner for Human Rights, Michelle Bachelet, with whom he spoke about the progress in cooperation with her Office and the negative impact of unilateral coercive measures on the Venezuelan people.

Likewise, the Head of State detailed the health policy deployed to control the COVID-19 pandemic, the Foreign Minister reported through a message on his Twitter account @jaarreaza.

The Vice-minister for Multilateral Issues, Daniela Rodríguez and the Executive Secretary of the National Human Rights Council, Larry Devoe, also accompanied the videoconference, in which they also addressed that the resources of the Venezuelan State continue to be dammed in foreign banks and the preliminary report of the UN special rapporteur on the negative impact of unilateral coercive measures on the enjoyment of human rights, Alena Douhan, who visited the nation at the beginning of last February.

The Bolivarian Government, through Minister Arreaza, signed on September 20, 2019 a memorandum of understanding with the UN Office of the High Commissioner for Human Rights (OHCHR), represented by its Head Bachelet, on cooperation and technical assistance, which was renewed for another year on September 14, 2020.

Both parties have recognized the progress made through cooperation and joint work in order to strengthen the mechanisms for the protection of human rights in the country.

In a telematic meeting held on September 30, within the framework of the 75th Period of Sessions of the UN General Assembly, President Maduro reaffirmed to Bachelet the full commitment of the Venezuelan State to the promotion and respect of fundamental rights and principles, as well as the will and disposition of his administration to continue advancing in cooperation with her Office, both in Geneva and in Venezuela. 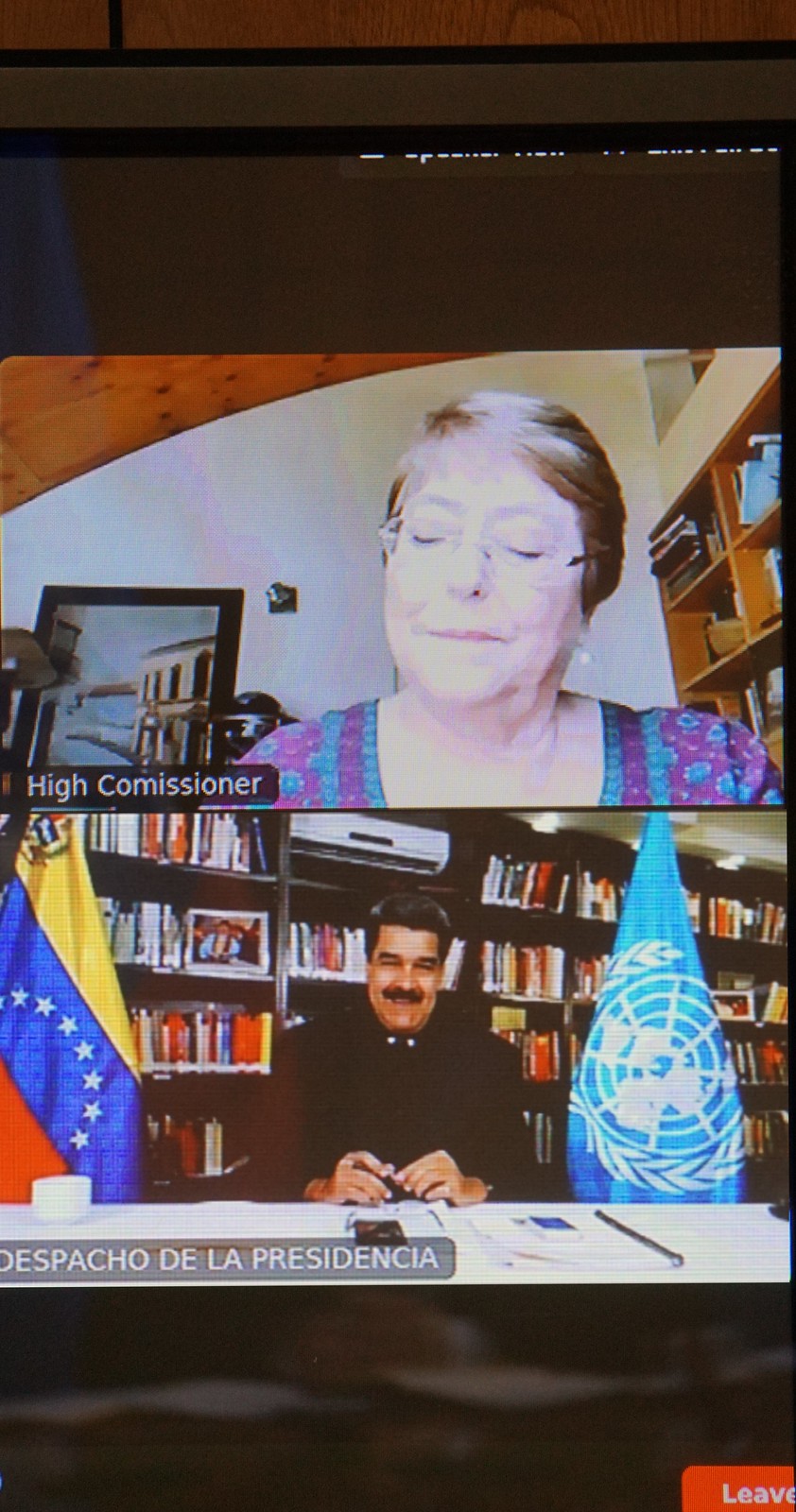