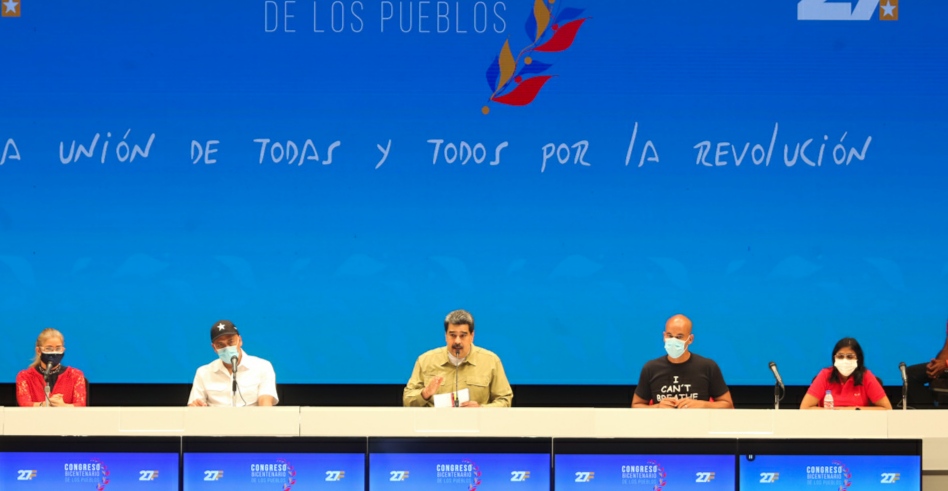 The President of the Bolivarian Republic of Venezuela, Nicolás Maduro, demanded a thorough review of Venezuela-Spain relations, in the face of the aggression and interference of the Foreign Minister of Spain, Arancha González Laya, in the internal affairs of Venezuela.

During the closing of the Bicentennial Congress of the Peoples, the Head of State indicated that there should be a thorough review of Venezuela’s relations with Spain, “at all levels, in the face of the aggressions of this nation.”

“We warn the Government of Spain in time, (…) we are going to respond forcefully to any aggression that comes, be it by word, diplomatic or political action. Enough of hypocrisy! We are the sons of Simón Bolívar who expelled the Spanish empire from these lands forever. Victorious yesterday, invincible today, invincible forever”, he emphasized.

The president questioned that the Chancellor of the European nation has gone to Colombia to declare in favor of the xenophobic policy of that Government against Venezuelans.

“Go home Spanish Chancellor, enough of the humiliations against Venezuela, enough of the hypocrisy, abuse, enough of the double standards, favoring the Colombian paramilitaries, the Government of Colombia, the assassinations and massacres”, he added.

The Head of State wondered why the representative of the Spanish government “does not speak of the massacres of thousands of social leaders and human rights defenders in Colombia. Why are you going directly to Cúcuta to speak against Venezuela? Go to the Mediterranean.”

The People’s Power Minister for Foreign Relations, Jorge Arreaza, questioned in recent days the position of the Government of Spain when justifying the implementation of coercive measures in the field of international relations.