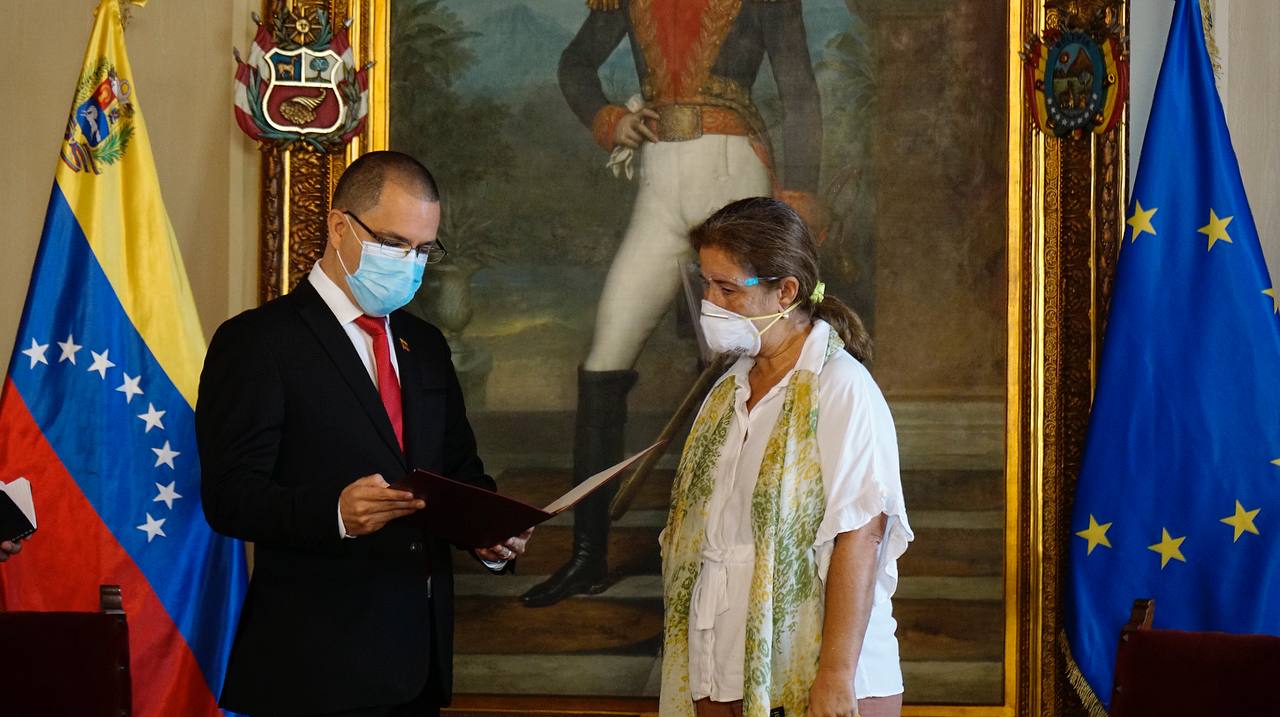 In a meeting held at the Casa Amarilla, the People’s Power Minister for Foreign Relations, Jorge Arreaza, delivered this Wednesday to the ambassador of the European Union (EU) accredited in Venezuela, Isabel Brilhante Pedrosa, the declaration of the Bolivarian Government of “persona non grata”, due to the persistent interference policy of the bloc in the internal affairs of the country. In addition, she was given a period of 72 hours to leave the national territory.

The Foreign Minister explained that the decision was made in accordance with the Vienna Convention on Diplomatic Relations, due to the disrespect for international law and the Constitution of the Bolivarian Republic of Venezuela by the European integration mechanism.

The position of the National Executive is based on the recent decision taken by the EU Foreign Affairs Council to arbitrarily impose unilateral coercive measures against 19 officials of the Venezuelan State, including senior dignitaries and magistrates, members of the public powers of the nation .

In a statement, the Government of the Bolivarian Republic of Venezuela considered that this illegal decision of the EU, without support in the shared norms of International Law, represents an arrogant affront to the United Nations (UN), which through The Special Rapporteur on Unilateral Coercive Measures of the Human Rights Council has demanded that the United States and the EU lift unilateral sanctions against Venezuela, due to their devastating and evident effects on the enjoyment of human rights by the entire population.

On June 29 of last year, President Nicolás Maduro gave Ambassador Brilhante Pedrosa a period of 72 hours to leave the country, due to the recurrent interference policy of the European bloc in Venezuelan affairs, expressed at that time in the decision to illegally sanction 11 officials of Venezuelan institutions.

The Venezuelan decision was annulled on that occasion after a telephone conversation between Foreign Minister Arreaza and the high representative of the EU for Foreign Affairs and Security Policy, Josep Borrell, in which they agreed on the need to maintain the framework of the diplomatic relations, a commitment that has not been fulfilled by the European bloc.