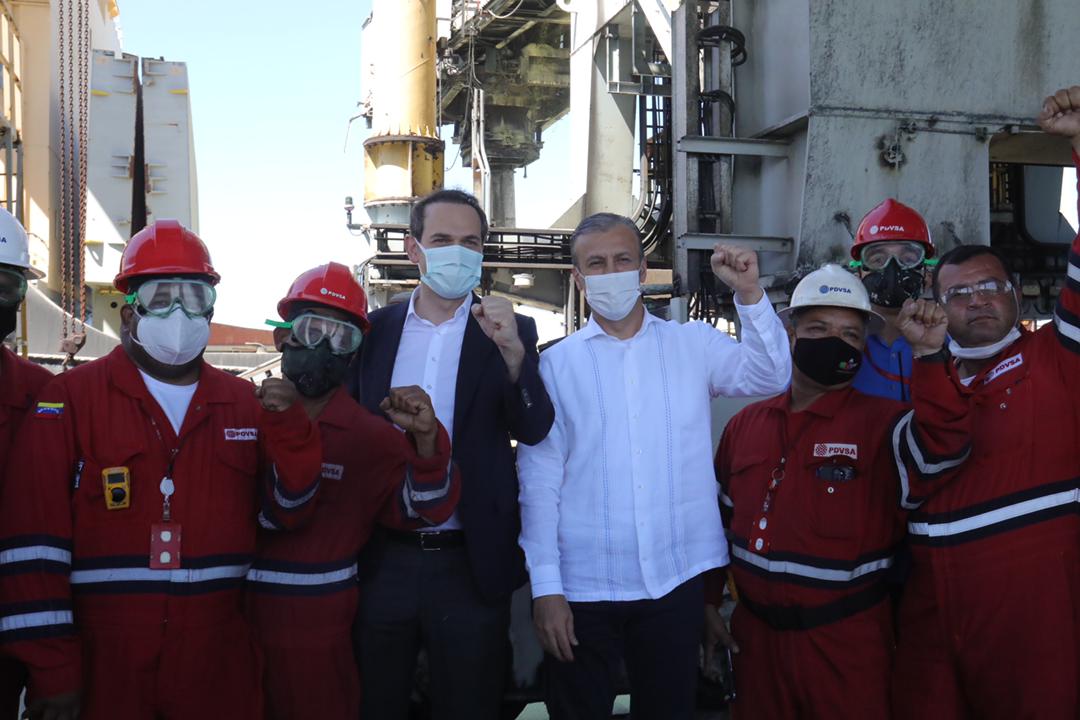 The Sector Vice-president for the Economy and People’s Power Minister for Petroleum, Tareck El Aissami, held a bilateral meeting this Sunday with the Vice-minister of Energy and Natural Resources of the Republic of Turkey, Alparslan Bayraktar, in order to strengthen energy cooperation between the two sister nations.

Minister El Aissami said that “new times are coming and from Venezuela we can establish all kinds of relations and cooperation with Turkey to strengthen and guarantee the development of both peoples.”

For his part, Vice-minister Bayraktar was grateful for the reception and pointed out that “this visit shows the commitment of our presidents and their desire to promote this cooperation.”

After the bilateral meeting, both authorities took a tour at the José Antonio Anzoátegui Petrochemical Industrial Complex, located in the Bolívar municipality, to evaluate and enhance the operations of this important industry that aims to promote the development of petrochemicals in the country.

The Bolivarian Republic of Venezuela and the Republic of Turkey celebrated on December 29, the 70th anniversary of the establishment of diplomatic relations, which in the last 20 years has been marked by solidarity, brotherhood and cooperation.

Turkey and Venezuela maintain various agreements in areas such as: economy, defense, health, energy, trade, finance, education, science, tourism and culture, and promote mutual respect, defense of the sovereignty of the peoples and foreign non-interference.