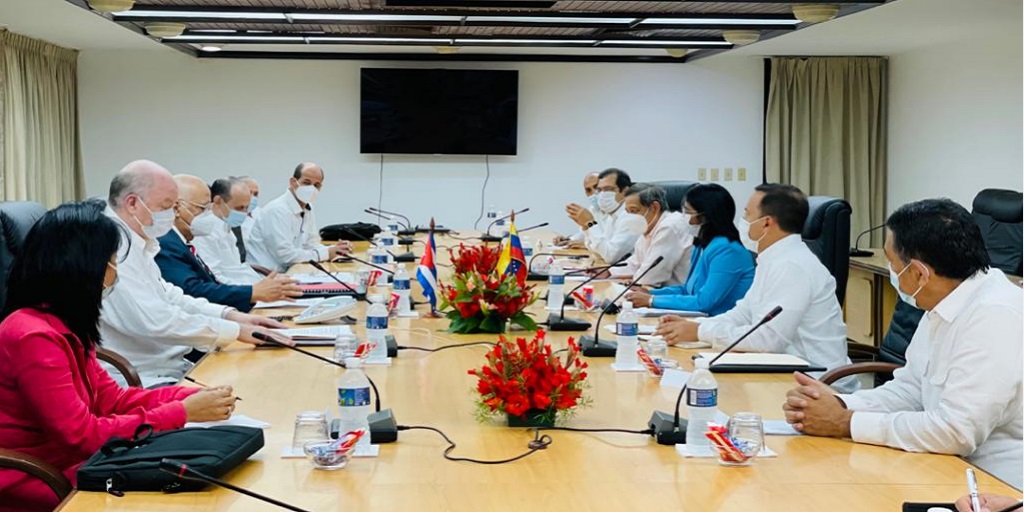 On the margins of a visit paid to the Republic of Cuba, Venezuela’s Executive Vice-president Delcy Rodríguez held a working meeting with Deputy Prime Minister Ricardo Cabrisa to review the 2020 strategic cooperation projects and assess future plans between the two nations.

On the occasion of the 20th anniversary of the Cuba-Venezuela Comprehensive Cooperation Agreement, the two countries are boosting and promoting mutual cooperation projects and programs.

The meeting was attended by the Cuban delegation, including minister of Foreign Trade and Foreign Investment, Rodrigo Malmierca; the minister of Energy and Mines, Livan Arronte Cruz; the Deputy Minister of Foreign Affairs, Rogelio Sierra Díaz; and the Ambassador to the Bolivarian Republic of Venezuela, Dagoberto Rodríguez Barrera.

The President of the Bolivarian Republic of Venezuela, Nicolás Maduro, said that the two countries are moving forward with their cooperation relations to guarantee their people’s right to a dignified life.

“We must work for a real economic integration, to put productive economy at the center of the two brotherly nations’ efforts,” he stated.

This meeting strengthens bilateral alliances in order to boost economy in the two countries, both in 2021 and in the future.