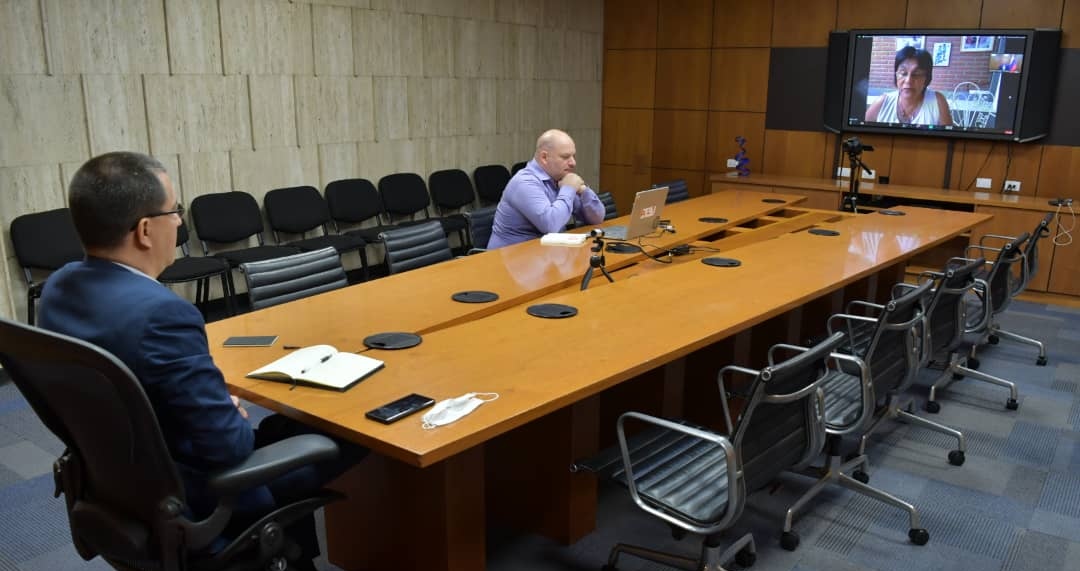 The Simón Bolívar Institute for Peace and Solidarity among the Peoples participated this Saturday in the day of support to the social, political and indigenous leader of Argentina, Milagro Sala, leader of the “Túpac Amaru” Neighborhood Organization, on the fifth anniversary of her arbitrary detention.

In the telematic activity, entitled Solidarity with Milagro Sala 5 years after her detention, respect was demanded for the leader’s human rights and her freedom. The media siege imposed on her case and the perversions of the judicial network that keeps her deprived of liberty in the province of Jujuy, in northern Argentina, were also exposed.

Carlos Ron, president of the Simón Bolívar Institute, advocated that there be true justice and freedom for Sala, at the same time that he transmitted all the solidarity of the Bolivarian Government and people.

The People’s Power Minister for Foreign Relations, Jorge Arreaza, said that “Milagro Sala represents a lot for the people. It is a pride to be able to count on your resistance at such a difficult time for humanity as this second decade of the 21st century has been. You are light, you are a beacon that illuminates the way forward. You are at the heart of the peoples’ struggles, keep going. Don’t give up!.”

Representing the popular organizations of Venezuela, Ana Maldonado, a member of the Francisco de Miranda Front, denounced that the Sala case corroborates the judicial persecution as a strategy of the right in the continent. “The imprisonment of Milagro Sala is to decimate the popular organization that managed to break the monopoly in the construction of houses in Argentina.”

He added that he dreams of the Argentine leader visiting Venezuela soon to take her to visit the new urban planning of the Gran Misión Vivienda Venezuela built by “our construction people.”

Milagro Sala was arbitrarily detained on January 16, 2016 and sentenced to 13 years in prison during the government of Mauricio Macri, in a judicial process in which irregularities were revealed.