Vice-minister Rodríguez: We are living a battle between multipolarity and unipolarity - MPPRE 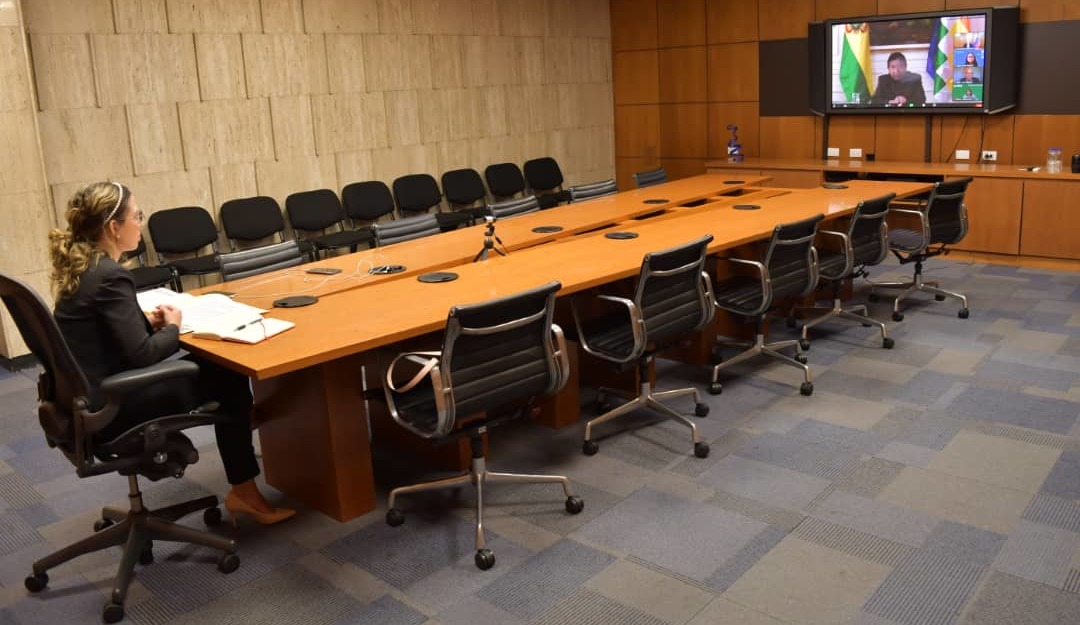 This Thursday, the Vice-minister for Multilateral Issues of the People’s Power Ministry for Foreign Relations, Daniela Rodríguez, along with officials and international authorities participated in the Fourth Meeting of the Board of Directors of the Regional Conference on Social Development in Latin America and the Caribbean of the Cepal.

The activity, organized in conjunction with the United Nations Development Program (Undp) and within the framework of the XII Ministerial Forum for Development in Latin America and the Caribbean, served, among other things, to reflect on one of the roundtables work entitled COVID-19: Beyond recovery: Towards a new social contract for LAC, the measures to be adopted by the countries in defense of the peoples to face the terrible consequences of the pandemic.

During her speech, the Venezuelan diplomat pointed out that “the international system had been bringing with it a crisis, the crisis of global capitalism”, to which was added, in her opinion, a “process of geopolitical transformation”, that is, a battle between multipolarity and unipolarity.

Similarly, the Vice-minister for Multilateral Issues raised the need for a new social pact or effective governance that allows the correction of global imbalances and to aim for a truly democratic and fair international system, where all countries have the right to represent their people.

“An international system within the framework of pluripolarity and multicentrism as defended by our Plan de la Patria.”

Likewise, she pointed out that one of the challenges of “effective governance” would be oriented to the attention of the human being as a fundamental actor for the well-being and future of humanity.

At the end of her speech, Vice-minister Rodríguez recalled that despite Venezuela being one of the countries most attacked by the United States government, “it is destined to win and continue to be a model and example to follow in terms of solidarity, cooperation and social justice.”