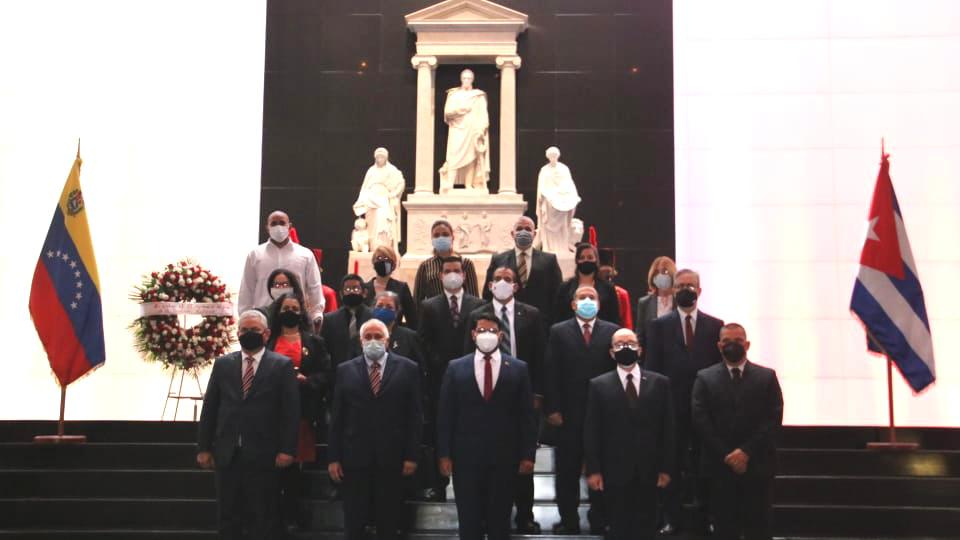 The accredited Embassy of the Republic of Cuba to the Bolivarian Republic of Venezuela, on the occasion of commemorating the sixty second anniversary of the triumph of the Cuban Revolution, made a floral offering on Thursday before the sarcophagus that holds the mortal remains of the Liberator and Father of the Homeland, Simón Bolívar, in the National Pantheon.

The commemorative activity was led by the Cuban ambassador, Dagoberto Rodríguez Barrera, accompanied by the Vice-minister for Latin America of the People’s Power Ministry for Foreign Relations, Rander Peña.

Venezuela and Cuba have strengthened bilateral relations through the signing of multiple cooperation agreements, shipments of humanitarian aid, and Cuban epidemiologist experts to Bolívar’s homeland in order to support the fight against the COVID-19 pandemic.

The people and Government of Cuba commemorate this solemn date since January 1, 1959, when the Cuban Revolution led by Commander Fidel Castro triumphed over the dictatorship of Fulgencio Batista, part of the US Government on the island.