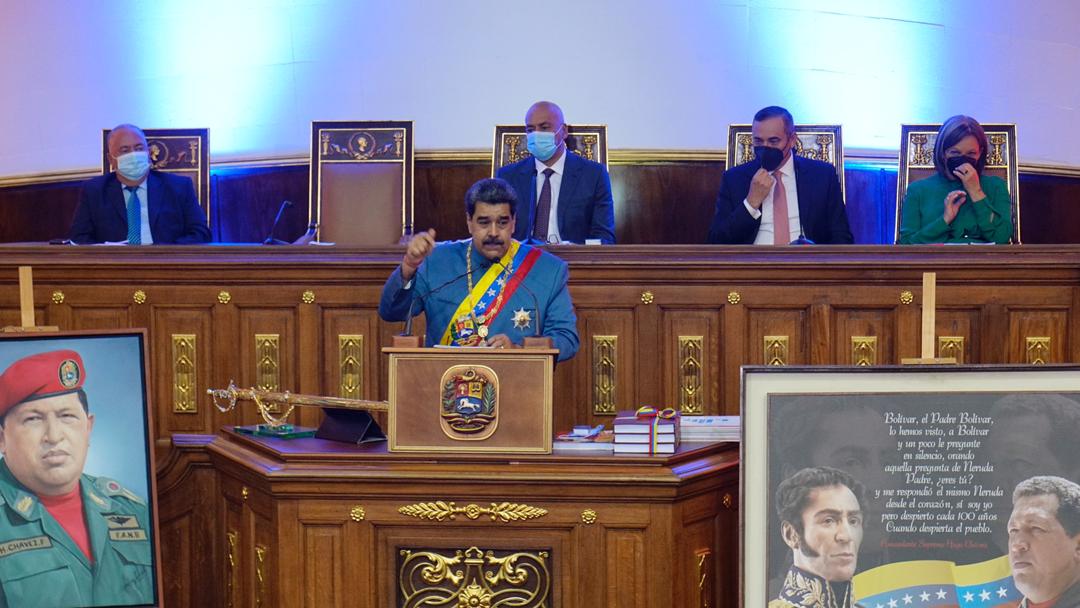 During the presentation of his Annual Message to the Nation, from the Federal Legislative Palace, the President of the Bolivarian Republic of Venezuela, Nicolás Maduro, denounced that the United States, Canada and the United Kingdom conspired to support the Cooperative Republic of Guyana in the controversy over the Essequibo territory, which “is ours and we will defend it before any international instance.”

“I want to insist on the campaigns launched against our sovereignty. Last year the Trump’s right-wing (today in retreat), resumed the actions to take away the territory of Guyana Esequiba, hand in hand with the criminal puppet (Juan Guaidó) who tried to give up that space in exchange for recognition (…) The criminal puppet was only seeking recognition of the United Kingdom”, the Head of State explained, highlighting that the controversy has become an objective of imperialism.

In this sense, he stressed that “the Essequibo is ours, it is an inalienable reality and we are going to defend it before any international instance”; and warned that even when the United States, Canada and the United Kingdom try to deprive the country from its territory, “they will not be able to beat the Bolivarian Diplomacy, with the truth of Venezuela which will be imposed to enforce the 1966 Geneva Agreement.”

AN will work to recover the country’s assets abroad

President Maduro also urged the legislative body to work to repatriate Venezuelan resources abroad and recover strategic companies illegally stripped by the extremist right during the last administration of the National Assembly (AN).

“On behalf of the Venezuelans, I want to ask this legislative body your special attention on the theft of Citgo, of Monómeros and of our resources” urged the first national president, while making a call to the Venezuelan opposition to think “as a country, as a people, as a nation; Let’s not think in a biased way, we solve the rest with the votes, not with the sabotage of national sovereignty”, he emphasized.