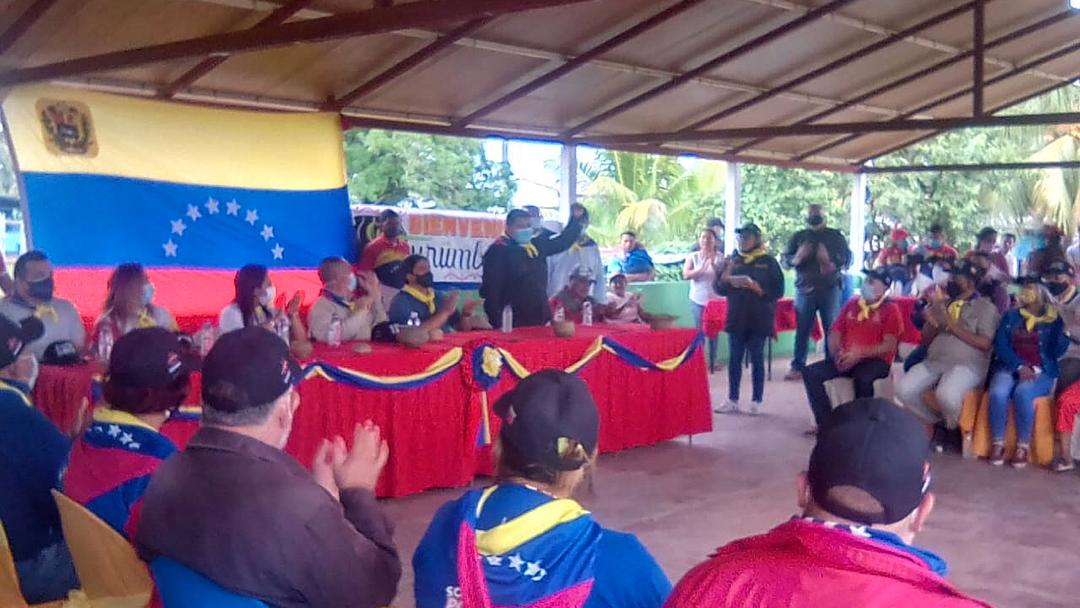 The People’s Power Minister for Foreign Relations, Jorge Arreaza, greeted and congratulated as an “act of sovereign vindication of the Bolivarian Republic of Venezuela towards Guayana Esequiba” the session that the Legislative Council of Bolívar state held on Monday, January 11, the first in 2021, in the San Martín de Turumbang indigenous community, bordering that area in territorial dispute with the Cooperative Republic of Guyana.

In a message of recognition of this significant gesture of sovereignty, the head of Venezuelan diplomacy presented a chronological summary of the territorial dispute and the interference of the US government in recent years.

“Today more than ever we are witnessing an attempt to culminate the dispossession that began in the 19th century, in 1850, with a treaty that was signed with Great Britain and that was later ignored in 1897, when the negotiation of the Treaty was concluded. Washington, which would lead us to the Paris Arbitration Award (1899) and to all that procedural fraud that was committed there”, he explained.

He indicated that the legitimate claim of Venezuela before the United Nations came later, when the documents of lawyers who participated in the procedural fraud in Paris appeared, in which they confessed the collusion that existed between the judges to strip the Bolivarian nation of this territory, leading to the 1966 Geneva Agreement, in which the United Kingdom of Great Britain and Northern Ireland, Venezuela and the then British Guiana (now Guyana), which was a colony, recognized that a negotiated solution to a territorial dispute that was not resolved by the award of 1899 had to be reached.

The Foreign Minister stressed that the Venezuelan State has historically clung to the Geneva Agreement and fought the legal and political battle, with the support of the Bolivarian National Armed Forces and various institutions of the Bolívar and Delta Amacuro states, because “Now the interest of a super transnational oil company like Exxon Mobil is behind it, which has a grudge against the revolutionary government because they did not accept the rules of the game of Commander Chávez and left Venezuela.”

He added that Exxon Mobil wants the oil fields that are on the coasts and seas of Guyana Esequiba to belong to Guyana and then appropriate them.

“Let us insist that the US empire remove its claws from this controversy and that we can resolve this with the Bolivarian Diplomacy of Peace, in direct negotiations with the Guyanese authorities, without imperialist influence or pressure”, Minister Arreaza urged.

In the aforementioned session of the Legislative Council of Bolívar state, deputy Aimar Hernández was sworn in as its new president, in the presence of the governor Justo Noguera Pietri and the mayor of the Sifontes municipality, Juan Vicente Rojas, among other authorities and indigenous leaders of the entity. Several deputies, in their right to speak, highlighted the importance of the Essequibo territory as Venezuelan and the support for the development of the San Martín de Turumbang indigenous community as a strategic site in this struggle for reclamation and recovery.