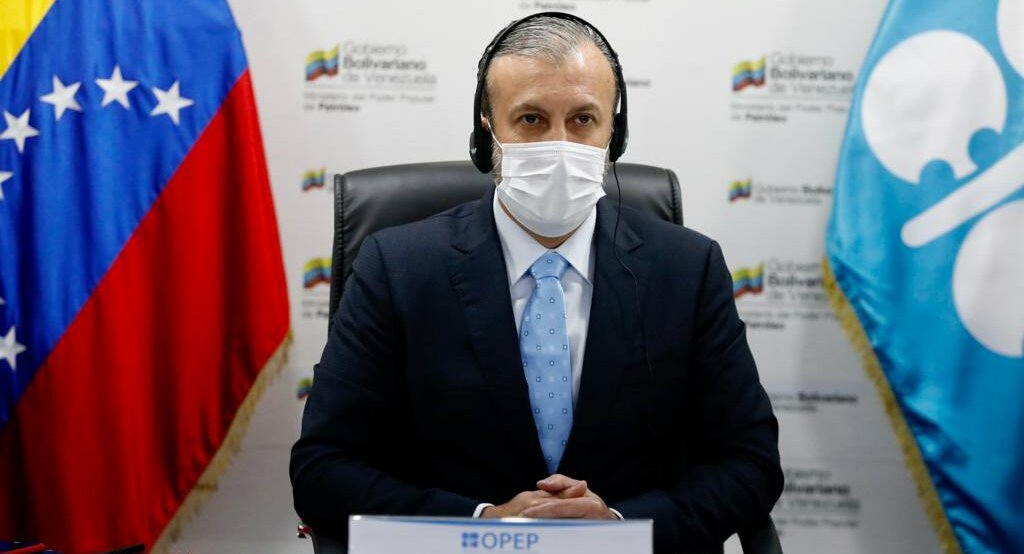 Venezuela’s Vice-president for Economy and Minister of People’s Power for Oil, Tareck El Aissami, stated on Monday that “Venezuela is still defending a long-lasting stability of the oil market and endorses the OPEC+ decisions for 2021 to support at this 13th Ministerial Meeting the convenience of easing cuts by 0.5 million oil bpd starting February.”

This measure “guarantees a faster reduction of stocks. The offer levels are still lower than oil demand, so we must be cautious,” added El Aissami in his statement at the 13th OPEC and non-OPEC Ministerial Meeting, held in Vienna, Austria, via video conference.

El Aissami said that Venezuela thinks the most important goal “is so secure a long-lasting stability of the global oil market, taking into consideration that the energy demand is still fragile and affected by the sanitary crisis, the uncertainty over the mid-term effects of vaccines and the Chinese New Year. These are variables that may undoubtedly impact the stability we have achieved so far.”

In this regard, the Venezuelan oil minister reaffirmed Venezuela’s will to “strongly support the search for strategies to guarantee a virtuous and sustainable balance, enabling a reduction of stocks and, therefore, a gradual increase in production. This harmony is necessary to support a more solid foundation to contribute to a long-term stability of the global oil market.”

“From Venezuela, we reaffirm the strength of the Declaration of Cooperation to overcome the difficult circumstances we faced in 2020. We must continue guaranteeing a virtuous balance of the oil market,” wrote El Aissami on his Twitter account @TareckPSUV.

The 13th OPEC and non-OPEC Ministerial Meeting is chaired by Saudi Arabia’s Energy Minister Prince Abdulaziz Bin Salman and co-chaired by Alexander Novak, deputy prime minister of the Russian Federation, in the company of Diamantino Pedro Azevedo, minister of Mineral Resources, Petroleum and Gas of Angola and president of the 2021 OPEC Conference, and OPEC Secretary General Mohammad Barkindo.

The meeting was also attended by chiefs of delegations from OPEC member countries Saudi Arabia, Algeria, United Arab Emirates, Iraq, Kuwait, Nigeria, Venezuela, and Angola in its role as President of the OPEC Conference of Ministers in 2021.

The Non-OPEC countries attending the meeting include Kazakhstan and Russia.