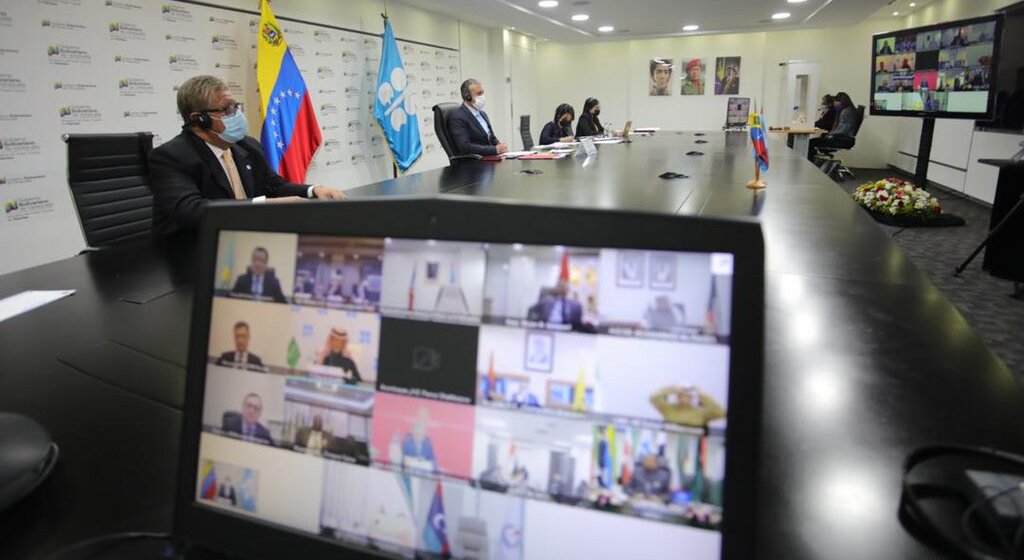 The Sector Vice-president for the Economy and People’s Power Minister for Petroleum, Tareck El Aissami, participates in the 25th Meeting of the Joint Ministerial Monitoring Committee (JMMC), which is held from Vienna, Austria, via videoconference.

“We began the year 2021 by participating in the 25th Meeting of the OPEC + Joint Ministerial Monitoring Committee, to keep consolidating the stability of the oil market in the face of the consequences of the pandemic. Venezuela will continue to promote dialogue in the energy field”, El Aissami wrote through his Twitter account, @Tareckpsuv.

During the working day, the member countries evaluate the evolution of the oil market and the levels of compliance with the production adjustments by the OPEC Secretariat.

Kazakhstan and Russia are present for the Non-OPEC countries, and OPEC Angola as a guest, in its capacity as President of the OPEC Conference for the year 2021.