President Maduro reaffirms will to engage in dialogue with new U.S. administration - MPPRE 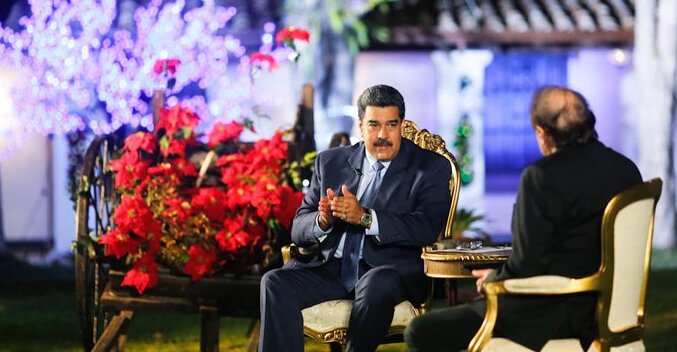 President of the Bolivarian Republic of Venezuela, Nicolás Maduro, reaffirmed his government’s will to engage in dialogue and understanding with the new U.S. administration led by democrat Joe Biden.

“I hope with Trump’s departure, his cruel, extremist policies against Venezuela go away, and dialogue with Joe Biden and the United States is reestablished on the basis of a constructive agenda,” he said in an interview with Spanish writer and journalist Ignacio Ramonet.

Notwithstanding, he urged Venezuelans to continue on the path of sovereignty to strengthen the country’s political, economic and social stability.

The Venezuelan president condemned that sectors of the Venezuelan extreme right wing, represented by Leopoldo López, are already lobbying with representatives of the U.S. Democrat Party.

“They are lobbying. Leopoldo López is hiring in Washington two companies with links with the Democrat Party to start lobbying for the Venezuelan right-wing extremism before Biden’s new government,” revealed President Maduro.

President Maduro called for the lifting of the illegal sanctions imposed against the Venezuelan people by Donald Trump’s outgoing administration.

“Let us see if the harmful, extremist policies against Venezuela go away with Trump’s departure. I hope the change in the United States be for the good of humankind and Venezuela,” he said.

In six years of a criminal persecution and blockade against Venezuela, the South American country has registered loses amounting to 99% of its oil income.