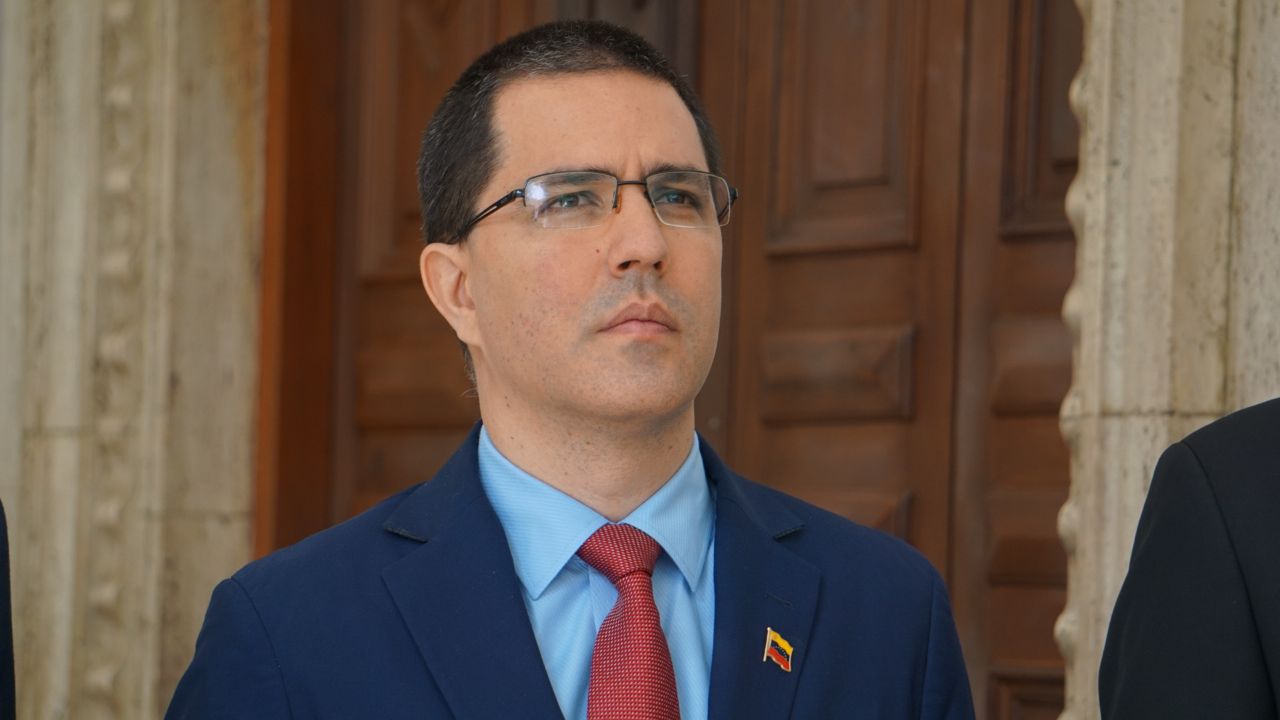 “In Europe they seem not to worry about the inhuman consequences of the unilateral coercive measures imposed by the Trump Administration against Venezuelan society”.

In the European media many are the headlines, information, myths and legends about Venezuela. In almost all cases, there seems to be a very clear editorial order: every day something has to be said about Venezuela, about Nicolás Maduro. In the most conservative media, in addition, the order is to be merciless, no matter how far the information from the truth is, its origins, sources, or verifications of rigor do not matter. And there, the most devious weapons are the nouns and adjectives that turn themselves into the only version they want to offer their users: dictatorship, tyranny, drug traffickers, posters, corruption, suffering, undemocratic, indolent, mafia, murderers, communists, and so on.

Little, or nothing, is said in European media about the root of political and economic turbulence in Venezuela: the obvious historical struggle between the Venezuelan bourgeoisie, subject to Washington’s interests to retake the power of the largest oil reserves on the planet, versus the Bolivarian revolution, which for 20 years has been dedicated to reinvesting the wealth of the country’s energy industry in the most felt needs of the majority and not in the pockets of the old plutocracy.

In Europe they seem not to worry about the inhuman consequences of the unilateral coercive measures imposed by the Trump Administration against Venezuelan society. Erroneous and often known as “sanctions,” these illegal measures have led to the most grotesque violation of human rights, with a direct impact on 30 million people. Its objective, to prevent or hinder the State, the main economic force redistributing income in the country, from making use of the international financial system to provide Venezuelans with food, medicine, basic products, to guarantee the correct maintenance of the public services infrastructure and private. This unprecedented aggression with the label of international economic terrorism, severely impacts the productive capacities of the country, especially attacks the oil industry, the main source of national income and intends to collapse the economy as a whole.

From Washington they have openly confessed that “their sanctions” are aimed at subjecting the people to the most cruel circumstances, so that their interventionist will to change the regime is fulfilled. Nor is it common to read in media and corporate networks in Europe that it has been a sector of the Venezuelan opposition, acting as a fifth column and at the service of the US Government, which has activated all illegal and even criminal routes: political violence, attempt to continued coup d’etat, paramilitary violence, assassination attempts, delivery of assets of the Republic abroad, self-proclaimed parallel government, request for sanctions and international lobby to guarantee the effectiveness of the aggression against its own people. These opposition leaders tend to receive solidary media treatment as well-known and victimized fighters for democracy and freedom in Venezuela. Things you will see, dear Sancho …

Necessary questions then arise: Are European citizens impartially informed about Venezuela? Does it matter that patients with chronic diseases, in which the time factor is decisive, cannot be treated in a timely manner because of the financial blockade? Does it mean anything to those media that the genocidal measures or sanctions of the United States are aimed at companies that provide food to Venezuela? Can it be news that the infrastructure of public and hospital services is affected by the refusal of the companies’ headquarters to supply parts, or to comply with maintenance protocols? Could it have a media impact that despite all the multiform aggression, the Venezuelan State has not privatized health, education, has not closed schools, universities, has not stopped delivering homes, granting pensions to grandparents and has renewed and technified its robust social policy system? Perhaps the theft of 30,000 million euros in money, gold and assets of the Venezuelan State may be the front page headlines. A good part of these resources, by the way, are blocked in European banks.

Do they know in Europe about the hundreds of calls and efforts of President Maduro for the good health of the national dialogue in Europe, despite the attacks and personalized campaigns against him and his family? Was it news in 2017 that the election of the National Constituent Assembly managed to stop the political violence which was unleashed and financed by the United States for months? That is, the “dictator” neutralized the violence, with democracy and the people accompanied him in that challenge. Is there sincere interest in the well-being of the more than 2 million Europeans and their descendants living and working in Venezuela? Has the relationship between the economic migration of Venezuelans and the sanctions been highlighted? We have never read that they refer in European news agencies or press that, in a high gesture of peace diplomacy and dialogue, President Maduro has accepted and promoted the permanence in Venezuela of high level diplomats representing Governments of the European Union who in February did not recognise him as Head of State and government.

It is a truth about the size of a cathedral that inhuman aggression against the Venezuelan economy creates difficulties, suffering and even death. There are already several independent studies that confirm this. From the United Nations Human Rights Council, both its High Commissioner and the Special Rapporteur on the impact of unilateral coercive measures have expressed concern about the devastating consequences of this US policy on the enjoyment and guarantee of human rights. Donald Trump’s threats with the use of military force against Venezuela or the reactivation of ancient regional military treaties to attack the country are barely mentioned by the media in Europe.

We Venezuelans and want peace, political, economic stability and respect for our internal affairs. The success of the ongoing dialogue processes will be achieved to the extent that the economic, political and informative aggression ceases, as well as the direct interference of some governments in matters exclusive to the Venezuelan people. The Bolivarian Government will move forward, governing with the people and respecting the Constitution. To dismantle the media fence that looms over Venezuela it is also necessary that all voices be heard.

*Jorge Arreaza is the Minister for Foreign Affaires of Venezuela