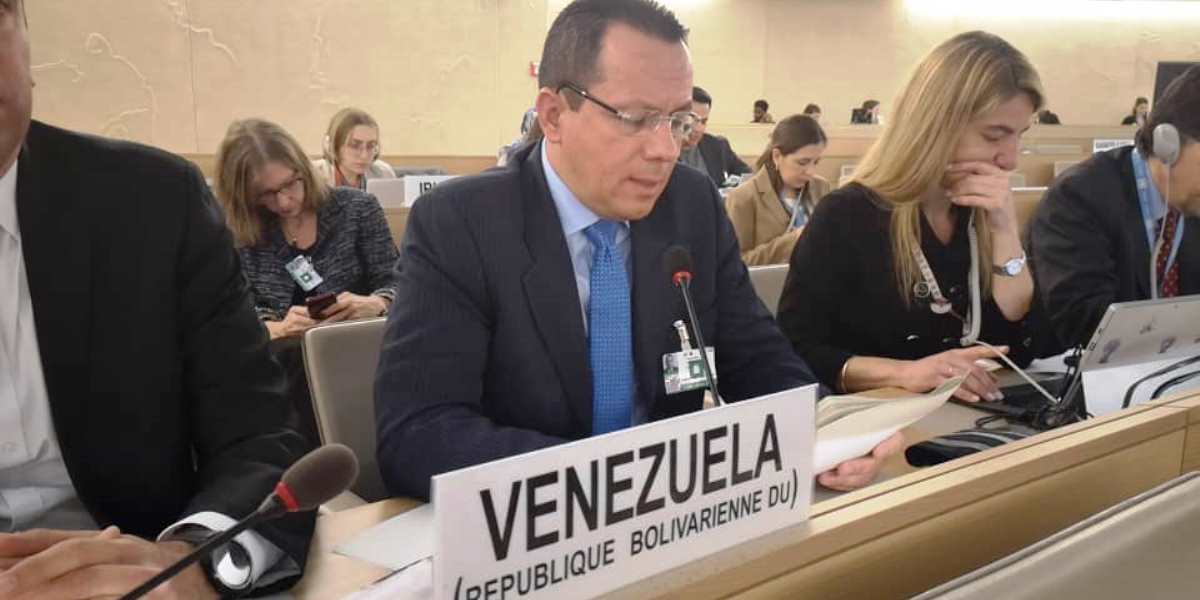 The Bolivarian Republic of Venezuela reiterates its firm and well-founded questioning regarding the methodology used by the High Commissioner’s Office to prepare its reports on the situation in the country. There was still a long way to go to achieve balanced documents that were in keeping with the principles that should govern the treatment of human rights issues.

In spite of this, Venezuela ratifies its willingness for dialogue and cooperation with the Office of the High Commissioner, Michelle Bachelet.

The team of the Office based in Venezuela has received the full support of the corresponding organizations of the Venezuelan State for the full accomplishment of its mission, in strict conformity with the principles of international law provided for in the Charter of the United Nations.

In addition, we have received a visit from prominent officials of the Office based in Geneva and the regional headquarters in South America to advance in this direction.

Because of the Letter of Understanding and the work plan signed at the end of 2019, cooperation and technical assistance on various human rights issues has been strengthened, including the design of the second National Human Rights Plan.

Office staff present in Venezuela has had full access to detention centers throughout the country, within a schedule agreed upon with the authorities. During visits, they have spoken freely with persons deprived of their liberty. Venezuela has nothing to hide. Migrants imprisoned in the United States would like the authorities to provide the facilities that Venezuela grants the Office for the development of its work.

It is unfortunate that the High Commissioner does not recognize the response provided by the State to the 130 cases presented to the Coordination Committee. To date, the vast majority of the requests made by the Office in relation to those cases have already been met in a timely manner.

We reiterate that in Venezuela there are no people detained for political reasons.

Regarding the visit of the procedures referred to by the High Commissioner in her report, we must clarify that in December of 2019 the Venezuelan government has reiterated the invitation to visit the country to two special reporters. Likewise, it requested the support of the High Commissioner’s Office in order to be able to carry out these visits. To date, we are still waiting for a response to both requests.

However, next week, together with the Office, we will hold a training workshop for Venezuelan State officials on the role of the special procedures of the Human Rights Council.

The staff of the Office of the High Commissioner who remain in Venezuela has been able to observe that the human rights situation in the country is far from the scenario that a group of governments repeatedly presents in this Council, to pay tribute to their master in the north of America.

It is not precisely in Venezuela that new mass graves with hundreds of people killed as false positives are appearing. It is not in Venezuela, where people that mobilizes against neoliberalism and inequality are brutally repressed, with an average of 10.000 arrested each month.

The Venezuelan government has a strong commitment to the promotion, protection and realization of human rights and this has been demonstrated by these Office officials in the country. Even if they do not say so publicly in this Council, we know for sure that this is the case.

This commitment of Venezuela to human rights was also recognized by the majority of the United Nations Member States that supported the election of our country to this Council.

Despite the pressure, blackmail and extortion carried out by the United States government and its agents on the continent, Venezuela is now a member of the Council for the third time.

Since the High Commissioner’s last oral update in December 2019, the imposition of illegal and arbitrary unilateral coercive measures on Venezuela has continued.

The Venezuelan airline Conviasa did not escape from these criminal measures. This company has been developing an unprecedented and extraordinary humanitarian work to facilitate the return to the country of Venezuelans who decided to migrate because of the economic aggression being carried out against Venezuela. More than 100.000 Venezuelan migrants abroad are directly affected by these new measures of the U.S. government.

Equally added to this wave of loathsome and illegal measures are the actions taken by the government of the United States of America against foreign companies that commercialize Venezuelan oil. The aim is to deprive the Venezuelan State of its main source of income, regardless of the effects on the fulfillment of human rights.

Once again, we denounce in this Human Rights Council, the obsessive persecution executed by the United States government against the Venezuelan people. This is undoubtedly a systematic and generalized attack against the civilian population. It is a crime against humanity.

Thirty-one years after the massacre known as El Caracazo, on February 27th, 1989, carried out in Venezuela by governments committed to neoliberal policies, the Bolivarian Government ratifies its unrestricted commitment to human rights and its willingness to cooperate with this Council and the High Commissioner’s Office.

Human rights should not be used as weapons to mask strategies of regime change that only generate violence, suffering and violations of human rights themselves.