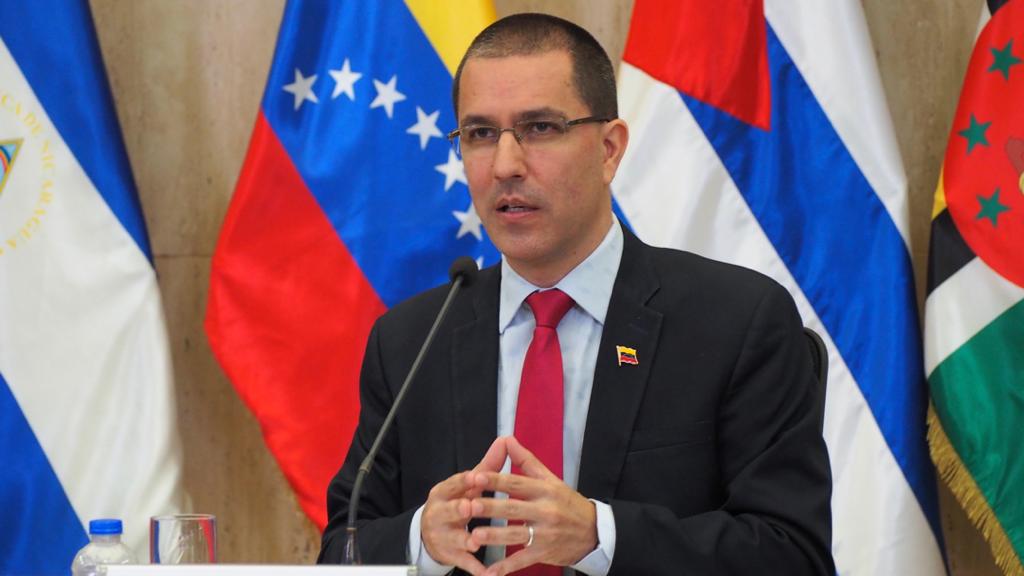 The Ministers of Foreign Affairs and the Ministers of the Economic Area of the Bolivarian Alliance for the Peoples of Our America – Peoples’ Trade Treaty (ALBA-TCP), meeting in a joint virtual session, of the 20th Political Council and the 10th Economic Complementation Council, on June 29th, 2020.

We are deeply concerned by the multidimensional crisis generated by the Covid-19 pandemic, which is having a negative impact on all sectors of our societies and aggravating the structural deformations suffered by developing countries as a result of the colonial past and the plundering of our resources. Convinced of the need to build new strategies for the benefit of the member countries of the Alliance and the peoples of the region.

Taking into consideration that Latin America has become the epicenter of the pandemic and noting the weaknesses of many countries in facing its impacts due to the devastating effect of neoliberal policies, which have increased poverty rates, deep social inequalities and the exclusion of numerous popular sectors. Convinced that as long as our region continues to be the most unequal in the world and no policies are applied to reverse this regrettable condition, it will continue to be very vulnerable in times of crisis.

Considering that unilateral coercive measures imposed by the government of the United States, and their impact on the financial sector, threaten the well-being, health, security, right to life of several of our peoples in order to promote a change of regime and the overthrow of governments constitutionally, legally and legitimately elected by will and in the exercise of their self-determination.

We call for an end to the economic, commercial and financial blockade imposed by the United States of America against Cuba, including the Helms Burton Act and its extraterritorial nature, which is the main obstacle to the sustainable development of the Cuban people.

We denounce that the threats and repeated destabilizing attempts against the legitimate government of the sister Republic of Nicaragua are a violation of international law. The Sandinista Government of Nicaragua and its President, Daniel Ortega Saavedra, have our solidarity and support.

We call the attention that the poorest and most vulnerable are the ones most affected by the disease and recalling that developing countries face greater pressures and limitations than developed countries.

Recognizing that all peoples, in particular those of the Caribbean are highly vulnerable to the effects of climate change, natural disasters, the unjust financial system and the inclusion in lists of non-cooperative jurisdictions, which endanger their small economies, a situation that will be aggravated by the Covid19, as a significant decrease in tourism, a sector that is fundamental to their income, is reported and access to sources of international financing is limited. We demand fair, special and differentiated treatment for them.

Confirming that the international resources required to take rapid and effective actions to combat the problem are still insufficient to deal with what could become one of the most serious pandemics in the history of mankind.

Supporting the crucial role of the United Nations Organization, especially that of the World Health Organization, in channeling and coordinating joint efforts to fight the pandemic.

Highlighting the need for all human rights, especially life and health, to be fully respected; and calling not to tolerate any form of discrimination, racism or xenophobia in the response to the pandemic.

Taking into account that the post-pandemic development model brings with it a total change in the modes of production and consumption.

Emphasizing that the unity, political dialogue and genuinely Latin American and Caribbean integration and cooperation promoted by ALBA-TCP is an ideal way to effectively face the devastating effects of Covid19, including its catastrophic impact on the economy at global, regional and national level.

We acknowledge the contribution of the Cuban medical collaboration in confronting Covid19 in all the member states of ALBA-TCP and other countries in Latin America and the Caribbean, Africa, Asia and Europe. We condemn the systematic actions of the United States government to discredit and sabotage that international cooperation, which has benefited millions of people, as well as the rude pressure exerted against various governments to interrupt it, to the detriment of the right to life and access to medical services of its citizens.

Recalling the ALBA-TCP Communiqué of June 7, 2020, in which , the inclusion of Cuba in the list of countries that supposedly do not cooperate with the counter-terrorism efforts of the United States is strongly rejected and concerned about the complicit silence of the Government of that country, which has chosen not to condemn and not to reject the terrorist attack with a firearm perpetrated against the Embassy of Cuba in the United States, on Thursday April 30, 2020, which encourages similar actions by violent individuals and groups based in the United States itself.

Coordinate efforts to prevent and face the economic effects of the Covid19 pandemic.

Attend with priority to the special needs of the brother countries of the Caribbean, which would allow them to benefit from cooperation to prevent and confront the pandemic.

Establish national mechanisms to rapidly diagnose and isolate suspected cases of infection, taking into account the initial clinical manifestations of the disease, the travel record and / or the record of exposure reported by the patient or obtained in the epidemiological investigation.

Coordinate advisory mechanisms in the epidemiological field that make available to member countries and guests of ALBA-TCP, an innovative medical approach for confronting and mitigating Covid19.

Share and generate capacities for the diagnosis of diseases that require laboratories with an adequate level of biosecurity.

Resume the implementation of a single harmonized and centralized system for the manufacture, registration, regulation and sanitary distribution permits of high-quality and low-cost medicines within the ALBA member countries (ALBA-TCP Regulatory Center for Medicines- ALBAMED).

To approve the Concept Note and the Post Pandemic Economic Contingency Plan derived from the High-Level Conference held on 06/10/2020, and incorporate it entirely into the Economic Area of the ALBA-TCP 2020 Work Plan, approved in the XVII Havana Summit of 12/14/2019, commemorating the 15 years of the Alliance.

Develop the ALBA-TCP 2020 Work Plan, whose execution will not only contribute to face the complex global economic situation due to the effect of Covid19, but will also strengthen the joint action of the Alliance in key sectors such as Social, Movements Social, Communication and Information and Culture, among others.

Re-promote integration as an engine for ALBA-TCP political action, under an approach of creating a new post-pandemic Socio-Economic development model, based on regional self-sufficiency, to build a sustainable regional economy.

Strengthen the development of the ALBA-Petrocaribe complementary economic zone, as a true model of productive and technological development based on the values of the Alliance and on the principles of the Peoples Trade Treaty.

Reiterate the ALBA-TCP’s strong condemnation of terrorism in all its forms and manifestations, as well as of all acts, methods and practices of terrorism wherever, by anyone, against anyone who has committed it, including those in which States are directly or indirectly involved, which is unjustifiable whatever the motivations and considerations or factors that are invoked.