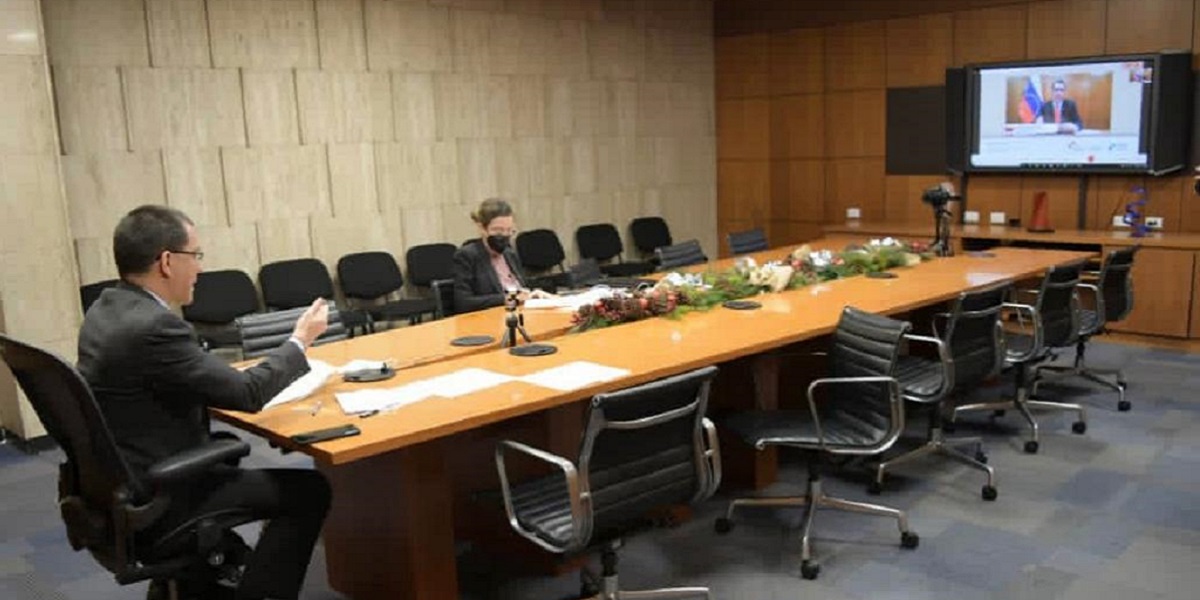 Minister of People’s Power for Foreign Affairs Jorge Arreaza participated on Monday in the Extraordinary Meeting of Foreign Affairs Ministers of the Ibero-American Conference, held under the theme “Innovation for Sustainable Development-2030 Goal. Ibero-America facing the challenge of Coronavirus.” 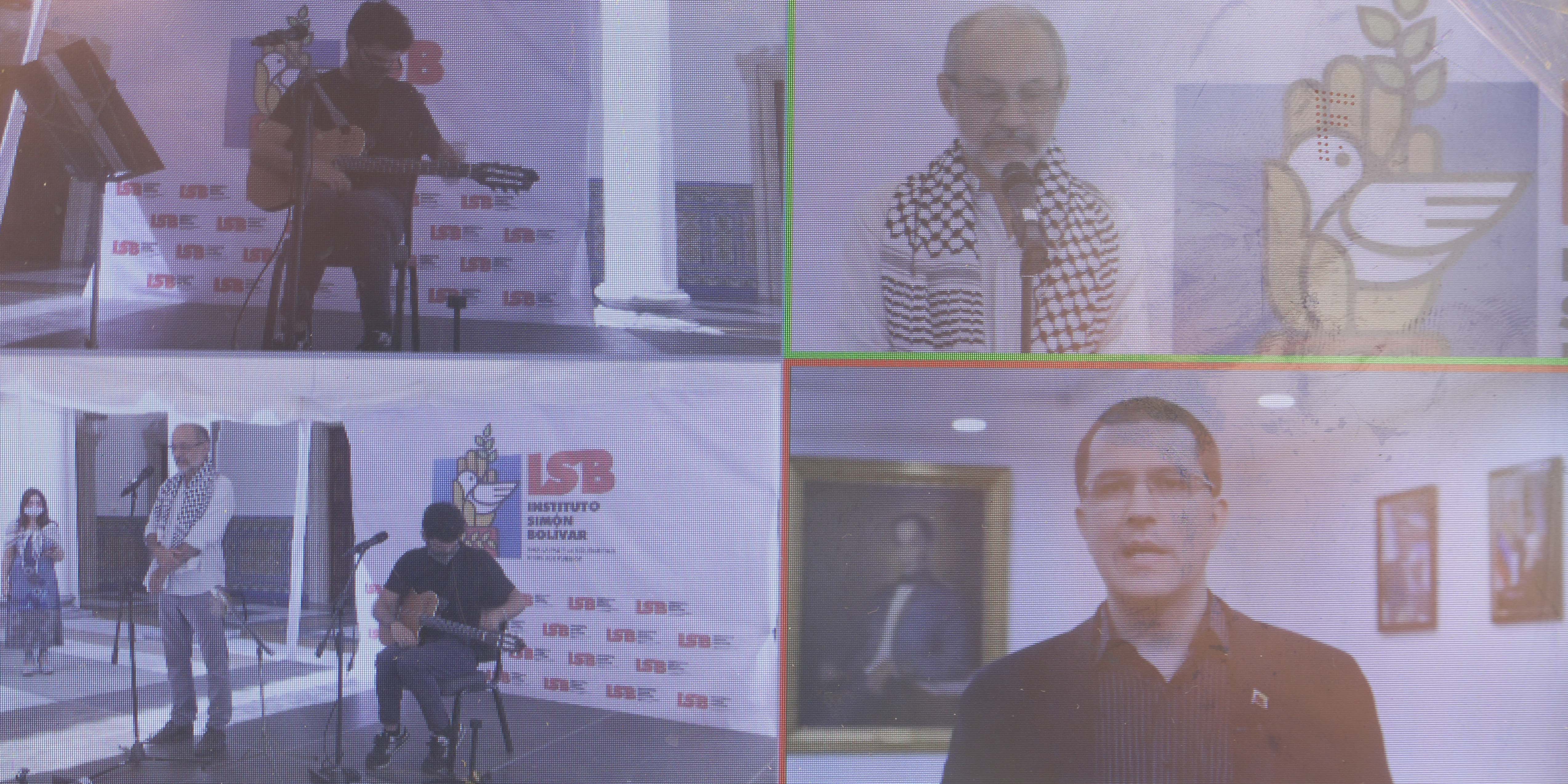 As part of the brotherhood, cultural, political and economic cooperation ties between Palestine and Venezuela, a cultural activity was held this Sunday in the spaces of the Casa Amarilla Antonio José de Sucre entitled A song of solidarity with Palestine. 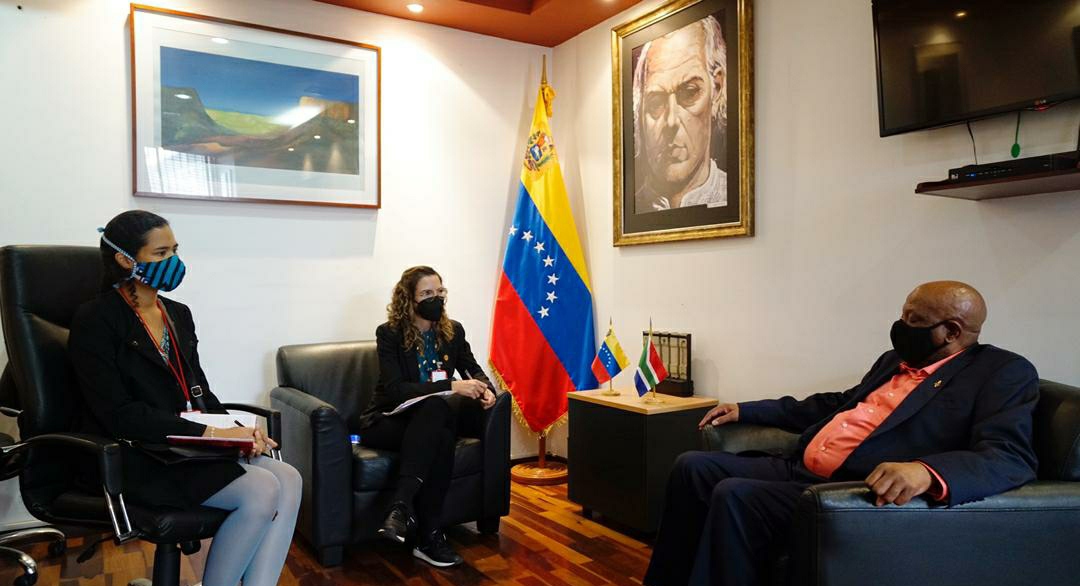 With the purpose of strengthening the ties of cooperation and brotherhood already existing between both nations, this Friday, the Vice-minister for Multilateral Issues of the People’s Power Ministry for Foreign Relations, Daniela Rodríguez, met with the ambassador of the Republic of South Africa accredited in the Bolivarian Republic of Venezuela, Joseph Muzi Khehla Nkosi. 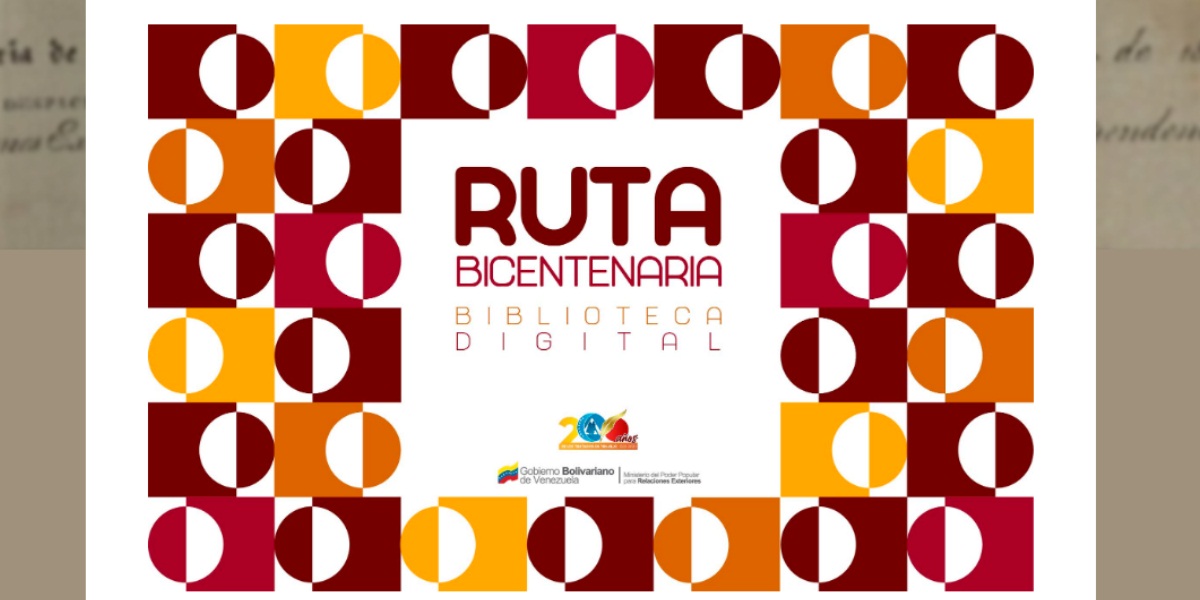 The Historical Archive and the Library of the People’s Power Ministry for Foreign Relations, together with the Presidential Commission for the celebration of the Bicentennial of the Battle of Carabobo, next year 2021, created a Digital Catalog to publicize and contribute to the deepening of the study of the facts that converged in the Independence of Venezuela, under the leadership of the Liberator Simón Bolívar. 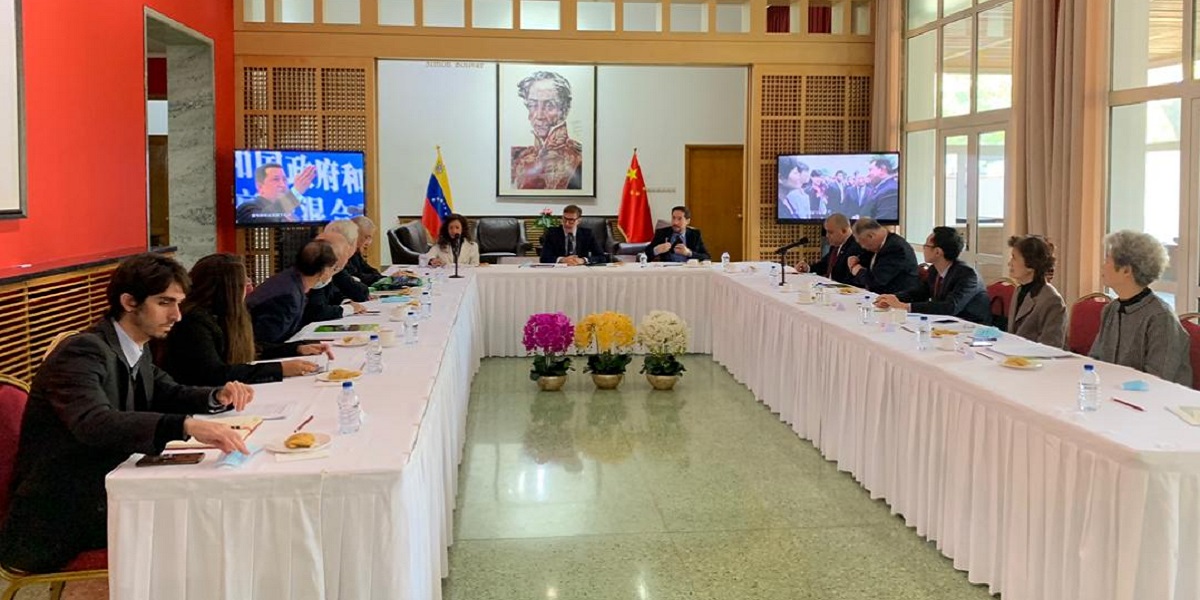 Bolivarian Struggle was debated by the China Network of Intellectuals

The ambassador of the Bolivarian Republic of Venezuela to the People’s Republic of China, Félix Plasencia, held a meeting with the Network of Intellectuals of that country to discuss the current political situation of the South American nation and how it has been affected by the unilateral coercive measures that the United States maintains against Venezuelans.

Recalling the history of the Palestinian people and how they were expelled from their own territory by Israeli Zionism, supported by the U.S. and its allies, the settlement of colonialism in the  neoliberal era, and the fight for Palestine’s self-determination as a global conquer were some of the topics discussed on Saturday at a seminar themed “Palestine: The Right to Live.” 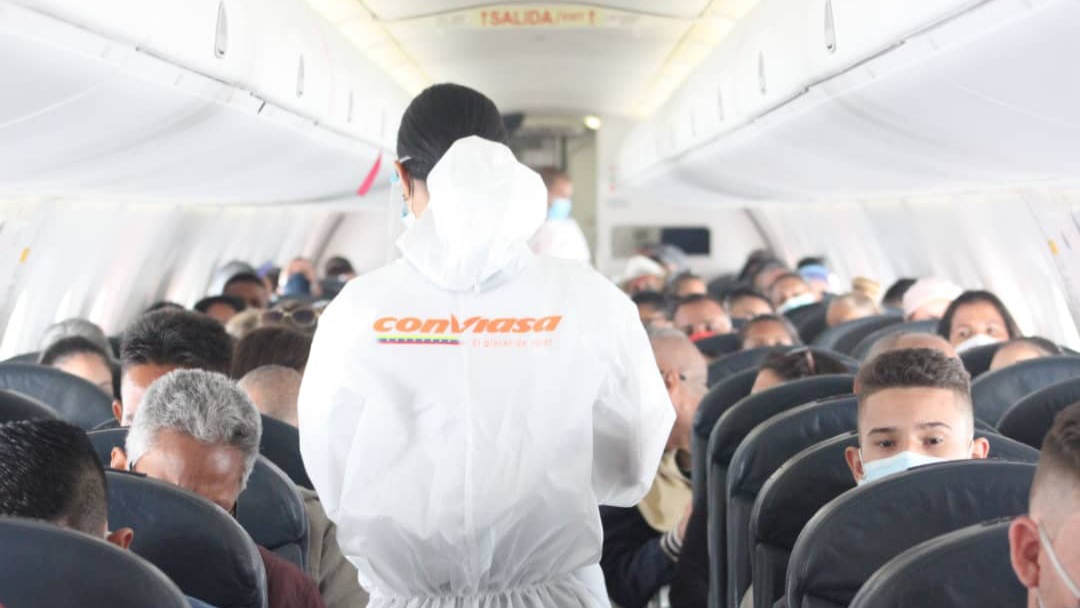 The Government of the Bolivarian Republic of Venezuela activated this Friday a special day of the Plan Vuelta a la Patria with two flights from Guayaquil, Ecuador, the first of which arrived in the national territory in the afternoon with 95 Venezuelans on board, and the second with 90 nationals.

The 3rd Meeting of the ASEAN Committee in Venezuela was held on Thursday via video conference. There, representatives of the Deputy Secretary-General’s Office of the Association of Southeast Asian Nations, its members states accredited to Venezuela and the Bolivarian Government ratified their commitment to deepening cooperation between the Asian integration bloc and the South American nation. 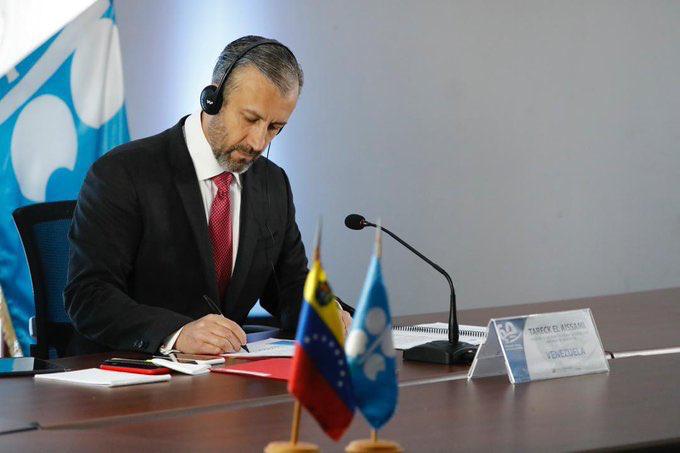 Vice-president for Economy and Minister of People’s Power for Oil, Tareck El Aissami, reiterated on Monday Venezuela’s commitment to multilateralism and energy cooperation at the 180th Meeting of the OPEC Conference. 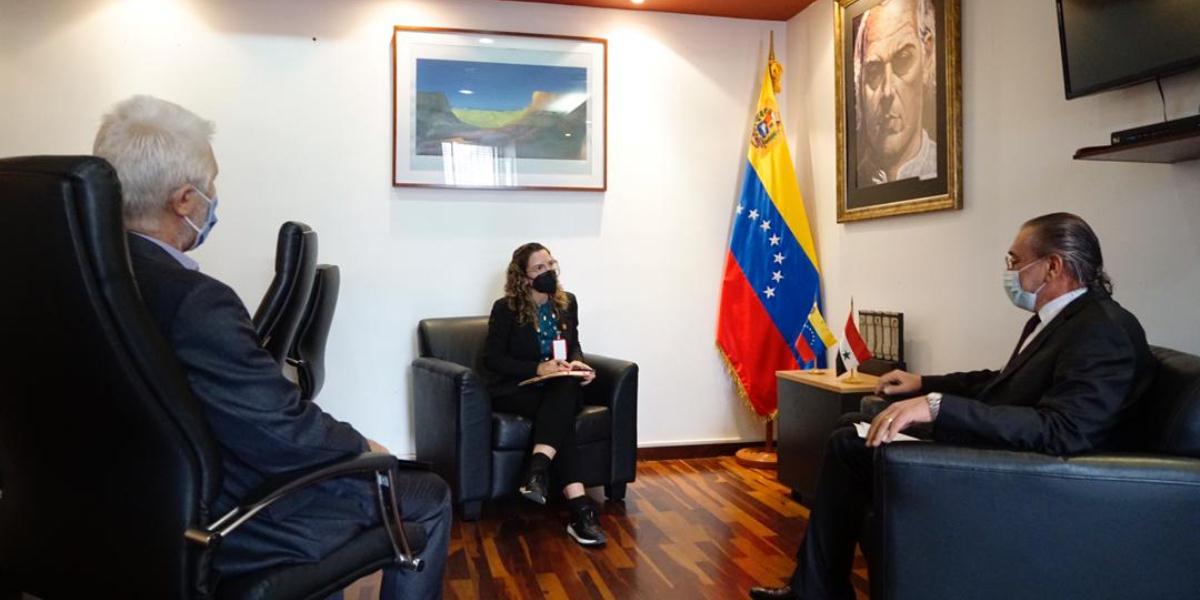 Venezuela, Syria share position on defense of sovereignty, self-determination of the peoples

Vice-minister for Multilateral Affairs, Daniela Rodríguez, met on Friday with Ambassador of the Arab Republic of Syria to the Bolivarian Republic of Venezuela, Khalil Bitar, to discuss their position on different issues of multilateral interest in defense of the peoples. 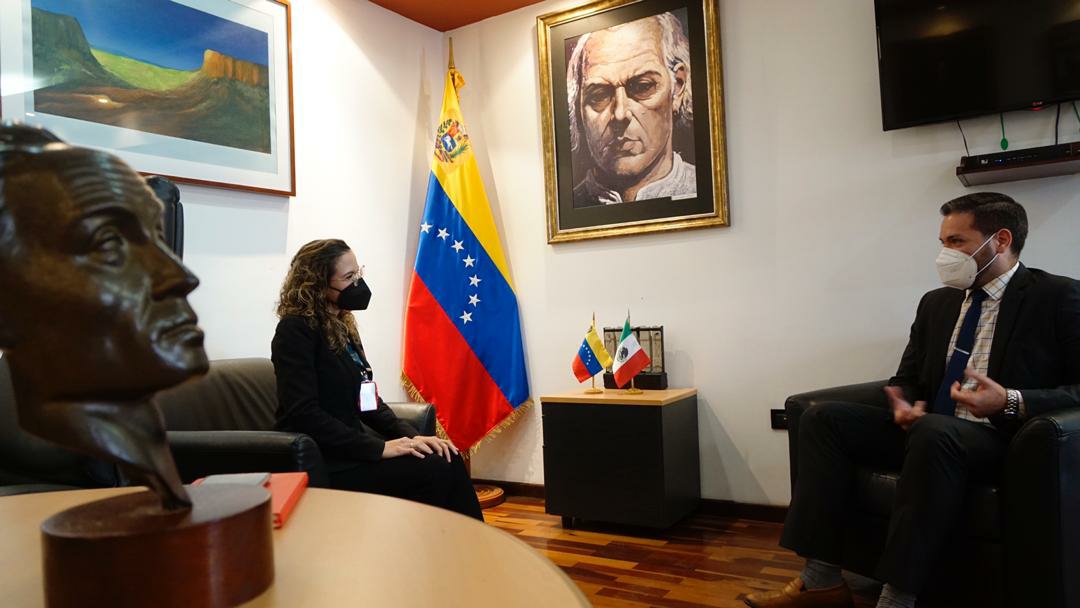 On Friday, Vice-minister for Multilateral Affairs, Daniela Rodríguez, held a cordial meeting with Chargé d’Affaires of the United Mexican States, Mauricio Vicaíno, to review issues of bilateral and multilateral interest for the wellbeing and development of their countries and the region. 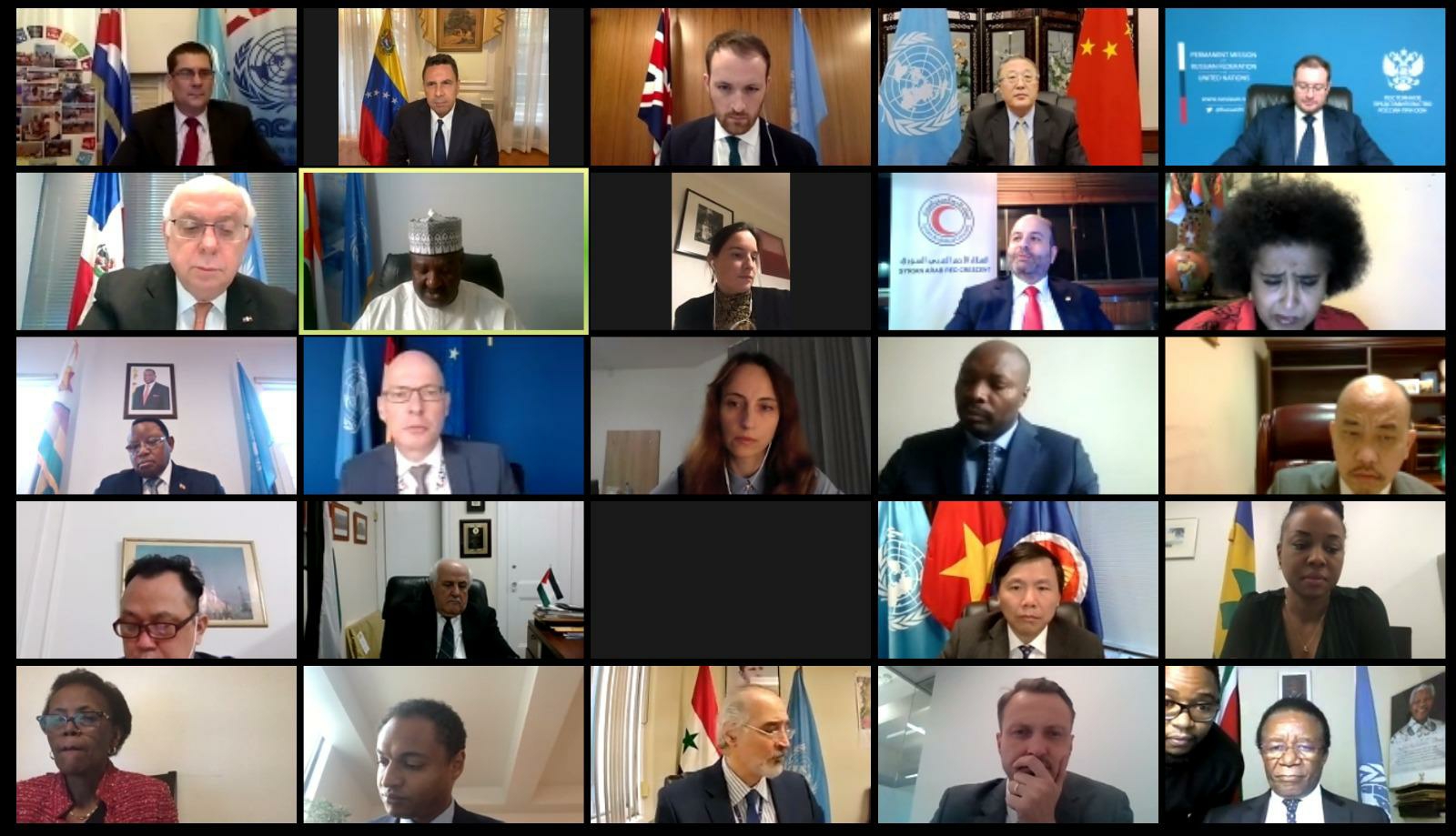 This Wednesday, the ambassador of the Bolivarian Republic of Venezuela to the United Nations (UN), Samuel Moncada, denounced the illegal imposition of unilateral coercive measures and the massive violation of human rights in the world by the US Government.