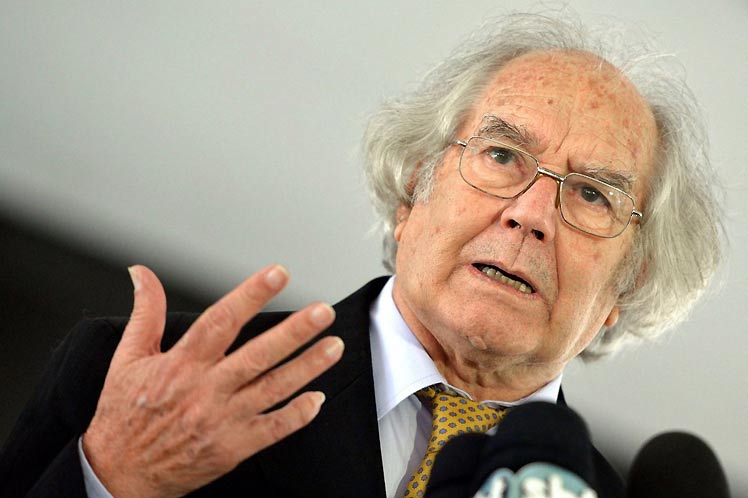 Pérez Esquivel, Nobel laureate in 1980, explained the United States is not willing to lose its hegemony over Latin America, which it has always considered its backyard and where it applies policies of appropriation of resources and continental recolonization.

“The problems of Venezuela have to be solved by Venezuelans, without foreign meddling. On the contrary, with a lot of solidarity and support,” he said.

According to the human right activist, in the case of Venezuela and other countries suffering aggressions in the region, it is necessary to deepen unity and solidarity with the people of the continent, and a great effort within the United Nations, which urged to democratize its own structure, where only five countries have exercised control since 1945, despite it was originally formed by 57 states, and today it has 193 member states.

Esquivel affirmed that if there is a country violating human rights, it is the United States, which attempts against the peoples’ sovereignty and self-determination in an aggressive way, with no limits, and in the face of those countries that call themselves democratic, like the European ones.

In her statement, María Eugenia Russián, president of Fundalatin, a Venezuelan institution that promotes and defends human rights, recognized that in the last 20 years, since the 1999 Constitution was adopted, the Venezuelan State has launched social programs to benefit the most vulnerable sectors, covering fundamental human rights such as education, health, food and housing.

In this regard, Russián illustrated the U.S. human rights violations with the suspension of benefits for patients suffering chronical diseases, mostly children and adolescents, who used to receive resources to cover their treatments through the Simón Bolívar Foundation of Citgo, a PDVSA subsidiary seized by the U.S. Government.

“These measures are absolutely illegal. They violate the human rights of the population,” said Russián.

The U.S. unilateral coercive measures mainly target Venezuela’s oil industry, whose revenues account for more than 80% of the country’s export earnings, as well as medicines and health supplies critical to fight the COVID-19 pandemic, and food. Since Donald Trump took office in2016, the United States have applied more than 300 unilateral coercive measures against the Venezuelan people.