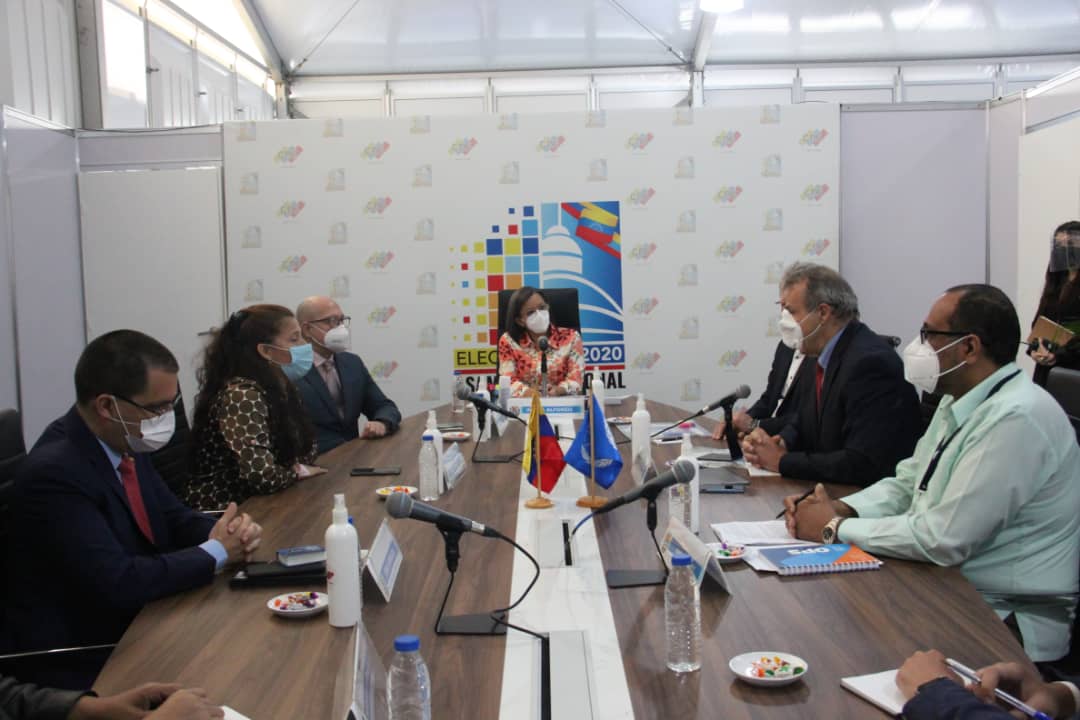 Authorities of the National Electoral Council (CNE), headed by its president Indira Alfonzo, presented this Wednesday to representatives of the United Nations System in Venezuela, with the accompaniment of the People’s Power Minister for Foreign Relations, Jorge Arreaza, the Biosafety Strategic Plan designed to prevent the spread of COVID-19 during the parliamentary elections on December 6.

At the meeting, held at the CNE headquarters in Caracas, the multilateral organization was represented by the resident and humanitarian coordinator accredited in Venezuela, Peter Grohmann, and the representative of the Pan American Health Organization (PAHO), Pier Paolo Balladelli.

The President of the CNE explained to the international authorities the steps of the automated voting process planned for the legislative elections, for which the Electoral Power has advanced two drills in the national territory, with the aim that the people authorized to vote become familiar with the mechanism thus guarantee the success of the upcoming elections.

The Venezuelan State has extended invitations to the United Nations (UN) and the European Union (EU) to send representatives to serve as international observers during the elections to renew the deputies of the National Assembly (AN).

In previous processes, the Venezuelan Electoral System has been praised and endorsed by international observation for its transparency, reliability and the possibility of being audited in all phases of the voting process.