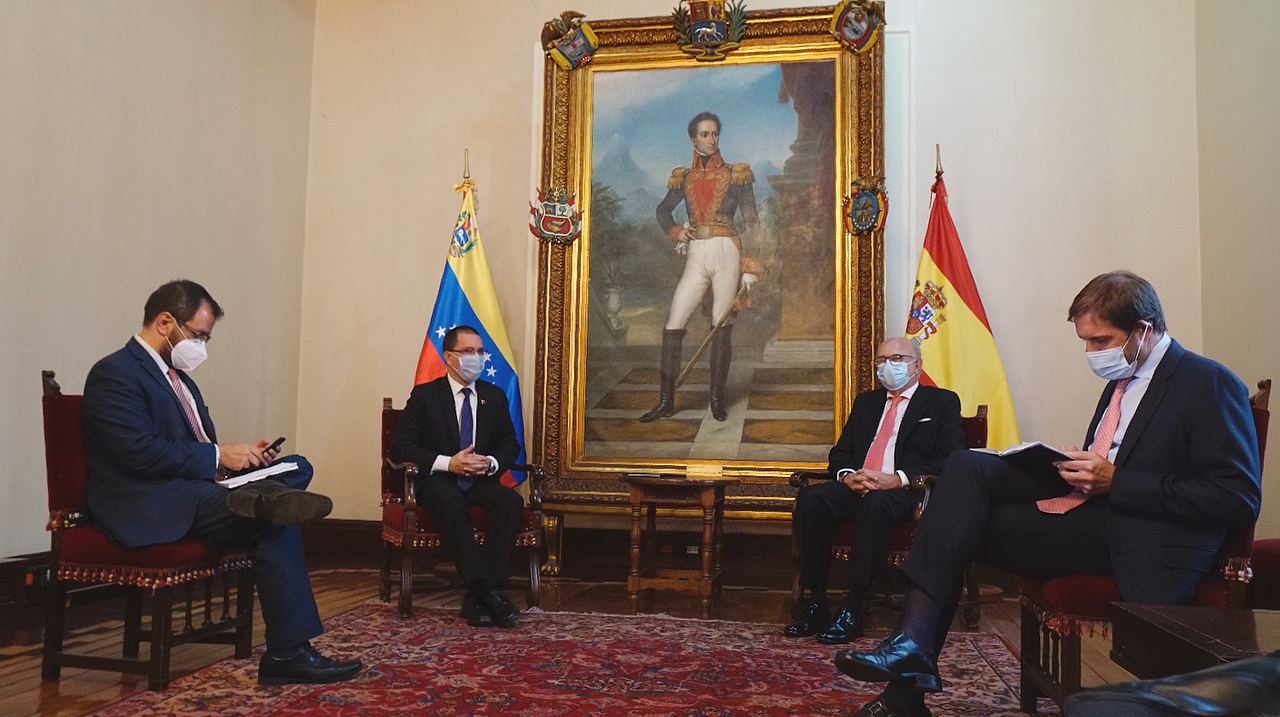 As part of the diplomatic accreditation process, the new Head of Mission of the Embassy of the Kingdom of Spain to the Bolivarian Republic of Venezuela, Juan Fernández Trigo, delivered his credentials to the People’s Power Minister for Foreign Relations, Jorge Arreaza on Tuesday.

The ceremony held in the spaces of the Casa Amarilla “Antonio José de Sucre”, in Caracas, served for both diplomats to evaluate the will of their governments to continue the paths of diplomacy and dialogue between both nations.

Likewise, Foreign Minister Arreaza was able to expose the current scenario of pressures Venezuela is facing -due to the blockade and unilateral coercive measures- and the need to strengthen cooperation, turn the pages and move towards a new moment in the relationship with the Kingdom of Spain.

Along the same lines, the Charge d’Affaires of Spain expressed his willingness to speak with all the Venezuelan people and to be useful as much as possible to help overcome the difficulties and complications that affect Venezuelans at this time.

“I want to point out that all my acts will be governed by respect, by an attempt to be objective and how could it be otherwise, with absolute respect for the Vienna Convention and diplomatic relations,” added the Head of Mission Fernández Wheat.

The Venezuelan Foreign Minister, minutes before, also received the Copies of Credentials from the Ambassadors of Indonesia and Belarus, Imam Edy Mulyono and Andrei Leonidovich Molchan, with whom he held talks in order to promote and design new formulas that allow maintaining the level of economic, productive, and cultural cooperation that both countries have had with Venezuela over the last few years.