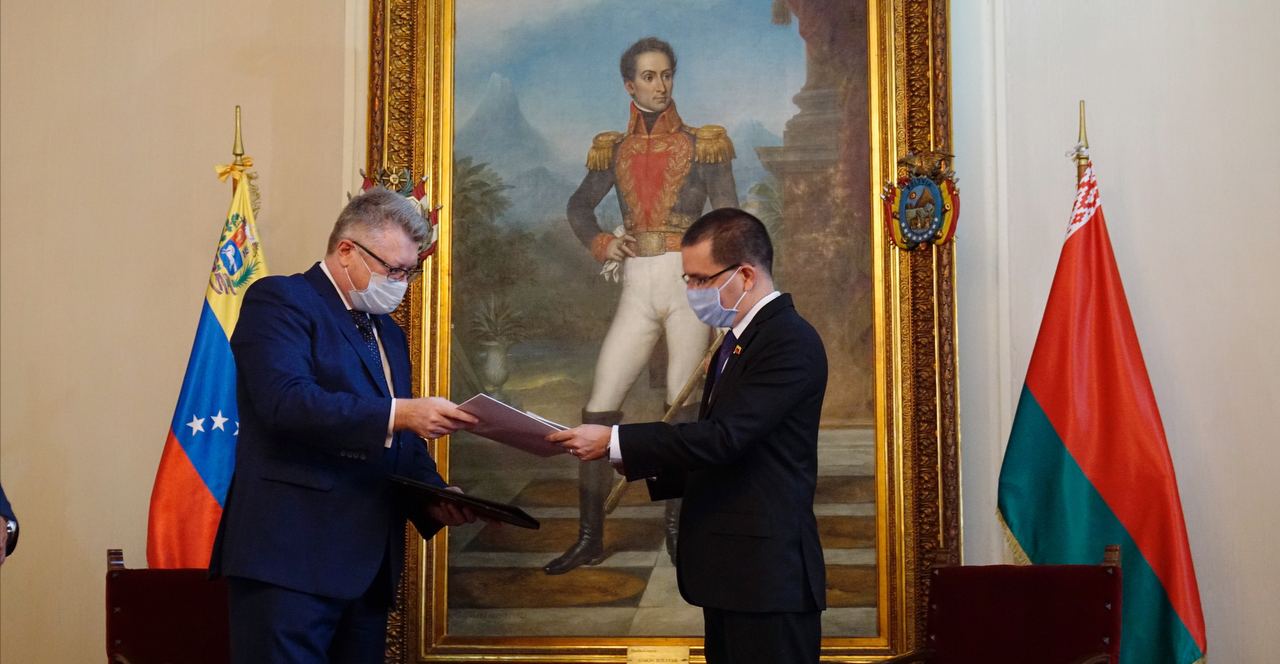 The People’s Power Minister for Foreign Relations, Jorge Arreaza, received this Tuesday the Copies of Credentials from the new ambassador accredited by the Republic of Belarus to the Bolivarian Republic of Venezuela, Andrei Leonidovich Molchan.

The formal ceremony took place in the Simón Bolívar Hall of the Casa Amarilla “Antonio José de Sucre”, in Caracas, with the accompaniment of the Vice-minister for Europe, Yván Gil.

Foreign Minister Arreaza and Ambassador Leonidovich Molchan exchanged brief impressions about international geopolitics and the status of the solid cooperative relations that both countries maintain.

His last responsibility was the Chair, since 2018, of the Department of Tourism of the Ministry of Sports and Tourism of his nation.

Earlier this month, the ambassador designated by the Bolivarian Republic of Venezuela to the Republic of Belarus, Franklin Ramírez Araque, delivered his credentials to President Alekshander Lukashenko, at the headquarters of the Palace of Independence, located in the city of Minsk.

“We will continue to provide all possible support to your country. I hope that the new ambassador will do everything possible to promote mutually beneficial cooperation in the commercial and humanitarian spheres”, said the Belarusian Head of State on that occasion.