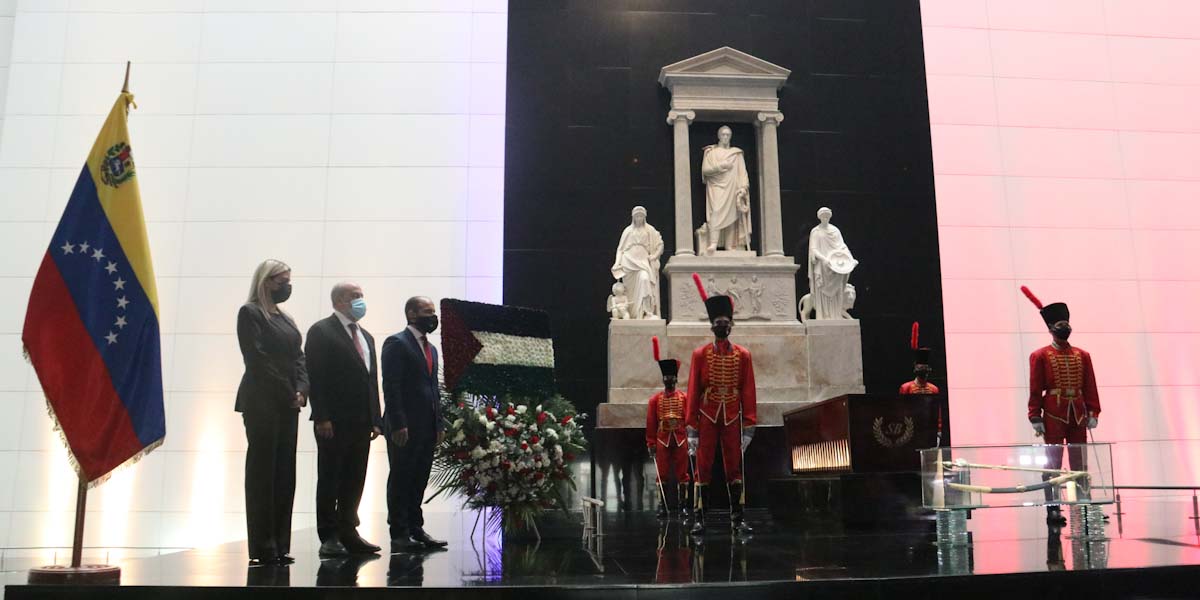 This Friday, the Embassy of the State of Palestine accredited in the Bolivarian Republic of Venezuela paid honors before the sarcophagus that keeps the mortal remains of the Liberator Simón Bolívar, in the National Pantheon.

The solemn activity was held on the occasion of the 32nd anniversary of the Declaration of Independence issued by the Palestinian National Council, on November 15, 1988 in Algiers, the capital of Algeria, in which an independent Palestinian state was established with the borders existing in 1967 , with East Jerusalem as the capital which meant the recognition of Israel, but did not obtain international recognition.

The wreath was attended by the Vice-minister for Asia, the Middle East and Oceania of the People’s Power Ministry for Foreign Relations, Rubén Darío Molina, as well as the Palestinian ambassador, Fadi Alzaben, and the political adviser and consular officer, Maha Abusalim.

During the ceremony, the flags of Venezuela and Palestine were waved as a sign of the ties of friendship that unite both countries, and later the national anthems were sung; then the Ambassador of Palestine, the Political Counselor and Vice-minister Molina proceeded to sign the minute book of the National Pantheon.

Venezuela and its support for the self-determination of Palestine

On repeated occasions and in multilateral spaces, Venezuela has expressed its firm support for the noble Palestinian cause, as well as its condemnation and forceful rejection to the alleged illegal annexation operations announced by the Israeli coalition government to establish new Jewish settlements in the West Bank and in the Valley of the Jordan, pretending to apply the illegal Deal of the Century promoted by the United States administration.

Today more than ever, Al Nakba is valid, as is the permanent struggle of the Palestinian people for respect for their sovereignty, independence and self-determination. 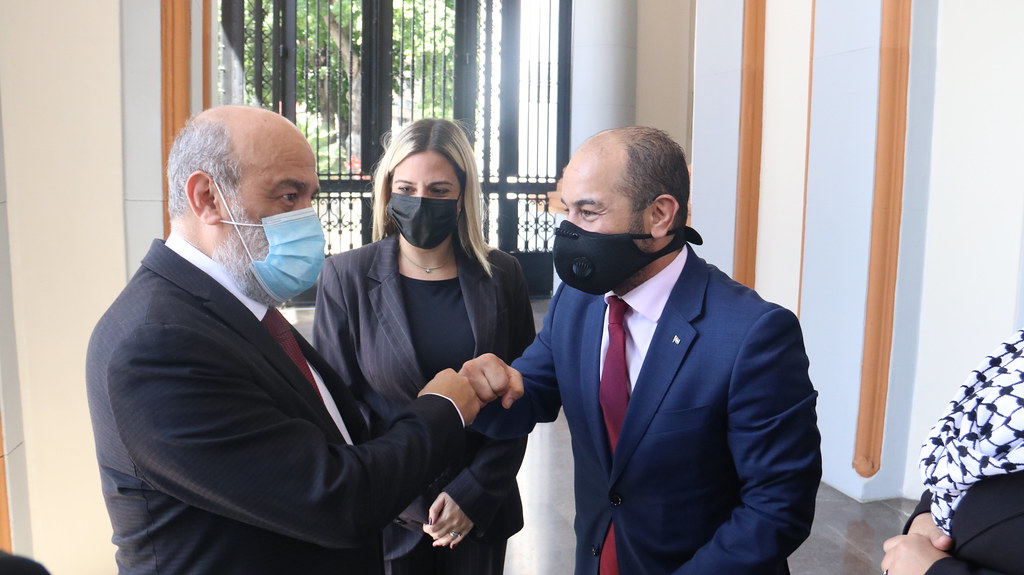