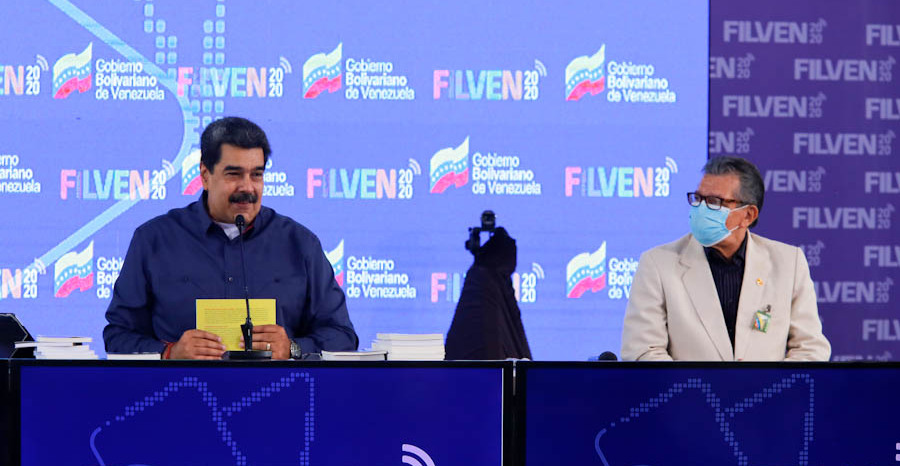 “We won’t forget President Andrés Manuel López Obrador’s brave and noble gesture. He saved the life of our brother Evo Morales Ayma one year ago,” said the Venezuelan president on Thursday afternoon at the opening of the 16th International Book Fair of Venezuela (FILVEN 2020).

“We were crying for Bolivia’s pain (…) An announcement of the massacre that was unfolding. Evo’s life was saved. How important it was to save the life of Evo,” he stressed as he highlighted the fundamental role of President López Obrador, “Mexican foreign minister and the Mexican Air Force, because that plane was threatened. The order to assassinate Evo was given from the North.”

Likewise, he congratulated Evo Morales’ determination as he did not give up in the face of injustice and the attacks of the U.S. empire, which seeks to subdue sovereign countries to extract their wealth as they did to Libya and Chile, where they put a price on the heads of their leaders, Muammar al-Gaddafi and Salvador Allende, respectively.

“Evo managed to reunify Bolivia’s revolutionary forces. He managed to appoint a President and a Vice-president, lead their campaign and succeed,” said President Maduro.