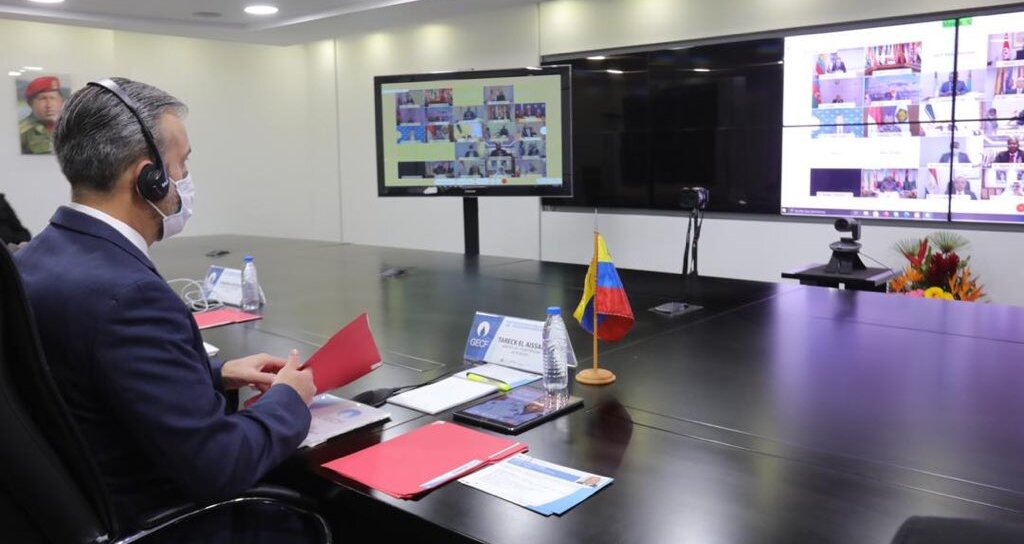 “Venezuela proposes an urgent and fair pricing of this non-renewable resource, enabling sustainability of investments and state-of-the-art technologies to produce and use gas,” posted El Aissami on his Twitter account @Tareckpsuv.

The Venezuelan oil minister also stressed that “Venezuela promotes complementarity among different energy sources as a strategic factor for the development of the peoples.”

In his statement at the 22nd GECF Ministerial Meeting, El Aissami explained that one of Venezuela’s major challenges are the unilateral coercive measures imposed by the U.S. Government against PDVSA, Venezuela’s state-run oil company, that have caused a fall in gas production, affecting gas production and consumption,  and a negative impact on the economy.

“We condemn the permanent U.S. aggression and persecution through unilateral coercive measures against our oil and gas industry. We are free, and our resources are sovereign,” he posted on Twitter.

The 22nd GECF Ministerial Meeting was chaired by Abdelmadjid Attar, minister of Energy of the People’s Democratic Republic of Algeria, and Yury Sentyurin, GECF secretary general.

The GECF was established to support its member countries’ sovereign right over their gas resources and their capacity to plan and manage sustainable, efficient, environmentally friendly development, use and preservation of gas resources.