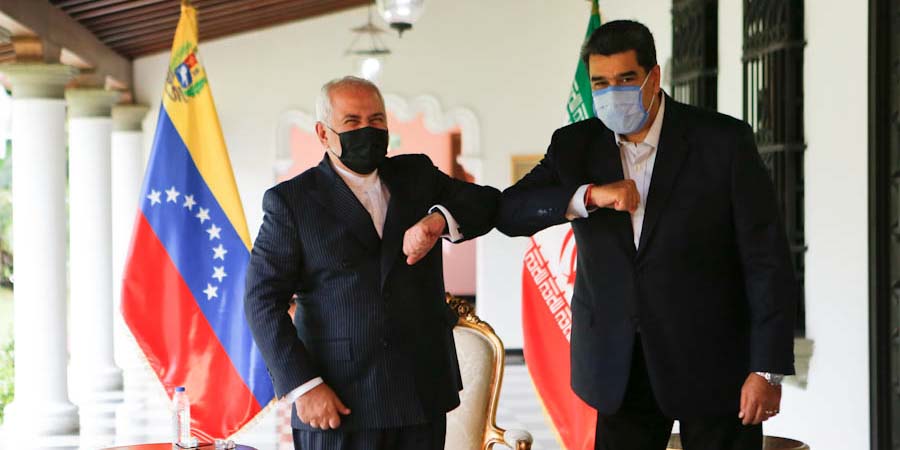 President of the Bolivarian Republic of Venezuela, Nicolás Maduro, held a meeting on Thursday with Foreign Minister of the Islamic Republic of Iran, Mohammad Javad Zarif, in order to continue strengthening the strategic, cooperation, solidarity-based relations between their countries.

Likewise, the Venezuelan president and the Iranian foreign minister discussed Iran’s scientific developments in the fight against COVID-19 and Venezuela’s experience in facing the pandemic.

Venezuela and Iran have maintained diplomatic relations for 70 years, and they were strengthened when Commander Hugo Chávez came to power.

President Nicolás Maduro highlighted the two countries “have built a fruitful bilateral relation, which has been strengthened by the patriotic resistance in the defense of their peoples’ sovereignty, forging an unbreakable bond of brotherhood.”