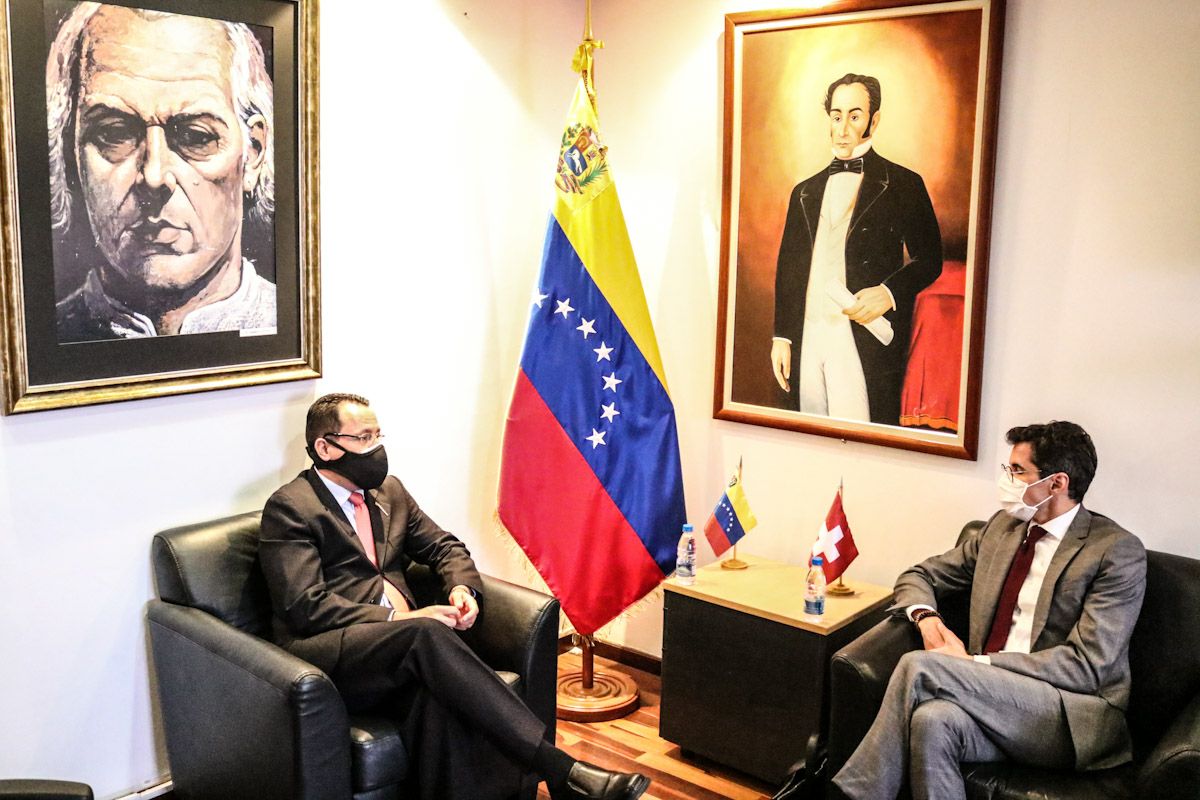 As part of the construction of the Bolivarian Diplomacy of Peace, the Vice-minister for Multilateral Issues of the People’s Power Ministry for Foreign Relations, Alexander Yánez, held a meeting on Monday with the ambassador of the Swiss Confederation in Venezuela, Jürg Sprecher.

In the formal meeting, both diplomats discussed the need to strengthen and promote diplomatic relations in multilateral matters.

They also mentioned the Convention on Cluster Munitions -adopted in Dublin on May 30, 2008 and approved by more than 100 countries- which prohibits this type of weapon.

Regarding this, Ambassador Sprecher highlighted the need to support this Convention -of great importance for the community in general and for the region-, which aims to protect civilians, as they are the most vulnerable sectors in armed conflicts, avoiding that the health, integrity and life of these are threatened by cluster munitions. 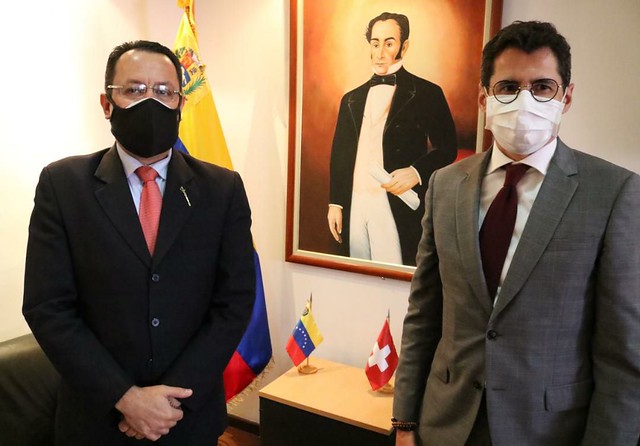