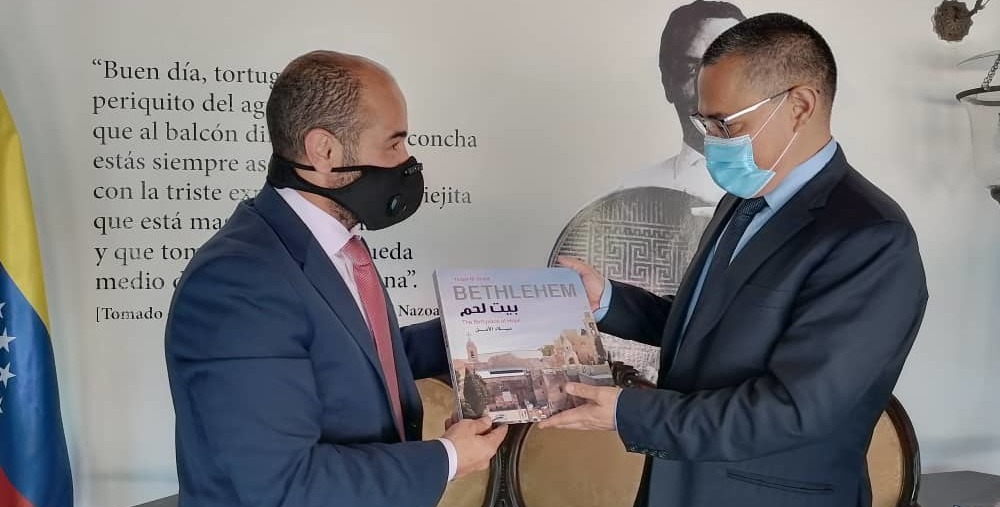 Bilateral relations between Venezuela and Palestine started on April 27, 2009. Since then, the two countries have endorsed agreements in different areas for the comprehensive development of their peoples.

In the cultural area, a Supplementary Agreement to the Framework Agreement was endorsed in 2012 to strengthen cooperation through the promotion of culture based on the principles of equality, respect and mutual benefit.

Within this agreement, the Palestine Art International Fair was held in the Teresa Carreño Theater, Caracas, in 2014 in order to share the millennial history of the State of Palestine with the Venezuelan people through Palestinian gastronomy, art and tradition.

Likewise, on May 17, 2016, the headquarters of the Embassy of the State of Palestine were inaugurated in Venezuela, and in 2018 and 2019, Palestine participated as exhibitor in Venezuela’s International Book Fair (Filven).

Furthermore, on November 1, 2019, Venezuela celebrated the International Day of Solidarity with the People of Palestine with a concert by the National Philharmonic Orchestra in the Teresa Carreño Theater.

Noteworthily, Venzuela has always expressed its unconditional support for the cause of the Palestinian people, the defense of their self-determination, peace and respect for their sovereignty, in compliance with the UN Charter.