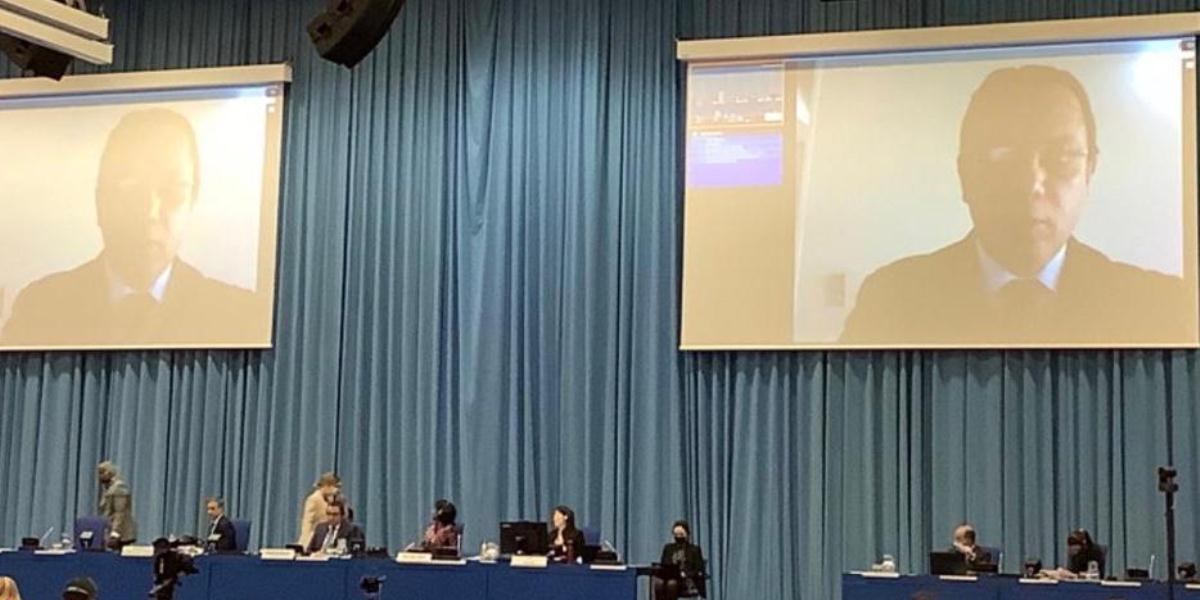 Vice-minister for Multilateral Affairs of the Ministry of People’s Power for Foreign Affairs, Alexander Yánez, ratified on Monday the commitment of the Bolivarian Republic of Venezuela to fighting transnational crime, without meddling in the States’ sovereignty, and to respecting multilateralism and international cooperation.

During his virtual statement at the 10th Session of the Conference of the Parties to the United States Convention against Transnational Organized Crime, held in Vienna from October 12 to 16, the Venezuelan vice-minister expressed the Bolivarian Government’s concern about the activities of international criminal groups and the incorporation of innovative forms to commit crimes.

In this regard, Yánez said that “transnational organized crimes remain an obstacle to achieve sustainable development, guarantee human rights and preserve the rule of law,” in addition to the COVID-19 pandemic, “the growing tendency towards unilateralism, the use of doble standards, and the constant pretensions of some countries to impose unilateral certification with political purposes, thus affecting international cooperation and the good relations among States.”

Therefore, he urged the UN crime-fighting bodies to find formulas for extraordinary technical assistance and cooperation with countries under unilateral coercive measures in order to strengthen their capacity, undermined by these criminal actions.

The Venezuelan diplomat condemned that Venezuela has been victim of systematic aggressions by the U.S. Government, from unilateral coercive measures to terrorist raids aimed to overthrow the Government of President Nicolás Maduro as it is not aligned with imperial interests.

“In the case of Venezuela, they have even trained, equipped and sponsored non-state criminal groups in neighboring countries against our homeland in order to weaken the Venezuelan State’s institutions due to political and energy reasons. With this, they try to force an illegal regime change and affect the peace and development of the population,” stressed Yánez.

In his statement, the Venezuelan vice-minister gave an overview of Venezuela’s achievements in the prevention of crime and violence, highlighting the pursuit of justice on legal basis, such as the Organic Law against Organized Crime and Financing of Terrorism, and the fight against trafficking in persons and illegal smuggling of migrants.

Likewise, Yánez pointed out the significance of the Protocol against the Illicit Manufacturing of and Trafficking in Firearms, their Parts and Components and Ammunition, and the Law on Gun and Ammo Control and Disarmament currently in force in Venezuela.

Vice-minister Yánez praised the celebration of the 20th anniversary of the United Nations Convention against Transnational Organized Crime and its Protocols, “aware of its historical significance as the most efficient framework in the multilateral field to fight all forms of transnational organized crime.”

This instrument adopted in 2000, better known as the Palermo Convention, is a multilateral treaty sponsored by the United Nations to fight transnational organized crime. The Convention is further supplemented by three Protocols, which target specific areas and manifestations of organized crime:

1- Protocol to Prevent, Suppress and Punish Trafficking in Persons, Especially Women and Children.

2- Protocol against the Smuggling of Migrants by Land, Sea and Air.

3- Protocol against the Illicit Manufacturing of and Trafficking in Firearms, their Parts and Components and Ammunition.