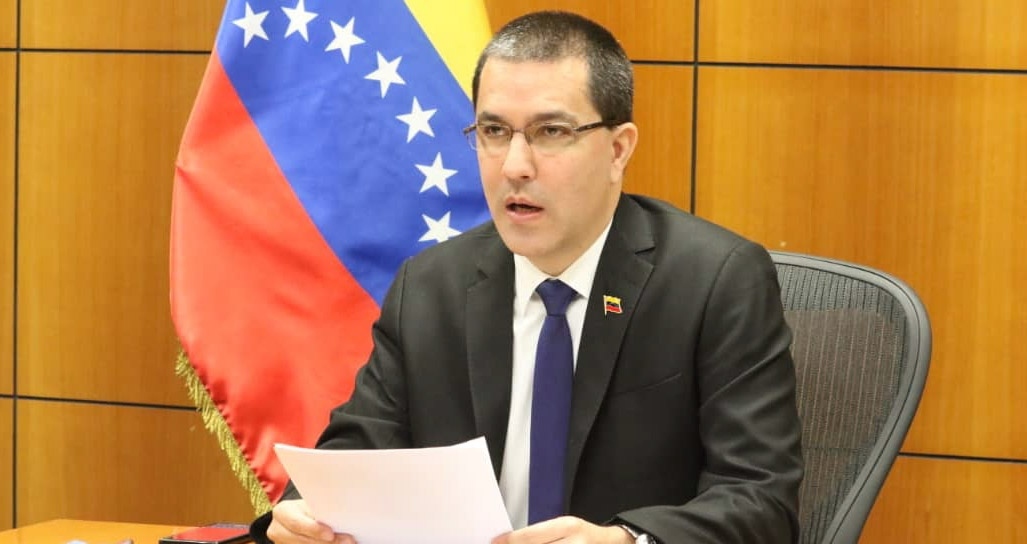 During his telematic participation in the Ministerial Meeting of the Movement of Non-Aligned Countries (NAM), Foreign Minister Jorge Arreaza reiterated this Friday that in order to work collectively and in a coordinated manner against the COVID-19 pandemic, today more than ever it is necessary the repeal of unilateral coercive measures imposed against countries, in clear violation of the UN Charter and International Law.

“Its illegal application today prevents timely and effective access to equipment and medical supplies, medicines and treatments, screening tests, food, fuel and other basic services to save as many lives as possible,” argued the Venezuelan diplomat, in the meeting convened by Azerbaijan, in the exercise of its pro tempore presidency, under the title “Bandung +65: A more relevant, united and effective NAM against emerging global challenges, including COVID-19”.

The People’s Power Minister for Foreign Relations pointed out that the pandemic has accentuated the differences between nations, while making clear the interconnection that exists between them and that to overcome this common enemy it is pertinent to work collectively and in a coordinated manner, in the framework of inclusive multilateralism.

Likewise, he emphasized that the Bolivarian Republic of Venezuela, faithful to its historic diplomacy of peace, is fully committed to the Bandung Principles, which remain in full force today, for which he called to defend them and guarantee their respect.

Finally, Foreign Minister Jorge Arreaza recalled one of the central premises of the NAM: “unity in diversity”, for which he urged to strengthen unity, solidarity and understanding among the member states, “only in this way will we still have an greater impact in international forums and fully implement the decisions adopted by our leaders. United, the Non-Aligned Movement has more power than those aligned. Let us work together for peace.”

The Movement of Non-Aligned Countries is a forum for political agreement made up of 120 countries that aims to raise their voice on behalf of the interests and priorities of developing nations.