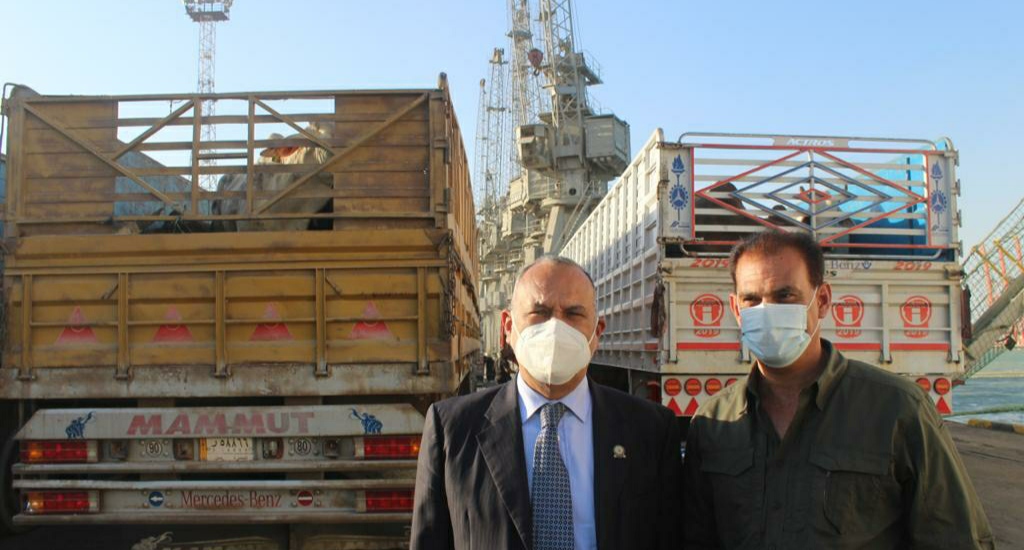 First shipment of 3.700 cattle from Venezuela arrives in Iraq

This Friday, the ambassador of the Bolivarian Republic of Venezuela in the Republic of Iraq, Arturo Gallegos Ramírez, received at the Port of Um Qsar, located in the Iraqi province of Basra, the first batch of cattle exported from the Caribbean nation.

The export of this first batch of 3 thousand 700 cattle from the states of Apure, Guárico, Portuguesa, Barinas, Cojedes and Aragua, is achieved thanks to the fact that Venezuela has the tools, technical personnel and the necessary knowledge to carry out a successful cattle export, coupled with the security and facilitation guarantees that are handled in ports and airports for cargo transportation.

This export is carried out in compliance with the decree of the National Government “Venezuela Free of Foot-and-Mouth Disease”, which was signed last February during a meeting with representatives of the national livestock sector, in order to establish strategic alliances that promote this area for the national economy.

During the shipment, all sanitary requirements were met, there were cattle in optimal body conditions, free of brucellosis and tuberculosis, and a ship with efficient measures of animal welfare.

The President of the Bolivarian Republic of Venezuela, Nicolás Maduro Moros, announced the departure of the boat with the shipment of cattle to the Republic of Iraq on September 2, 2020 within the framework of the Productive Wednesday Day.

During the reception of the cattle, Ambassador Arturo Aníbal Gallegos Ramírez, ratified to the Vice-director of the Un Qsar Port, Kadim Jassim Jari Al-Hamidi, the will of the Bolivarian Government to continue increasing the export of cattle and other food items to the Republic of Iraq, thus strengthening the strategic relationship between both countries in non-oil matters, and strengthening the independence and economic sovereignty for both sister nations.