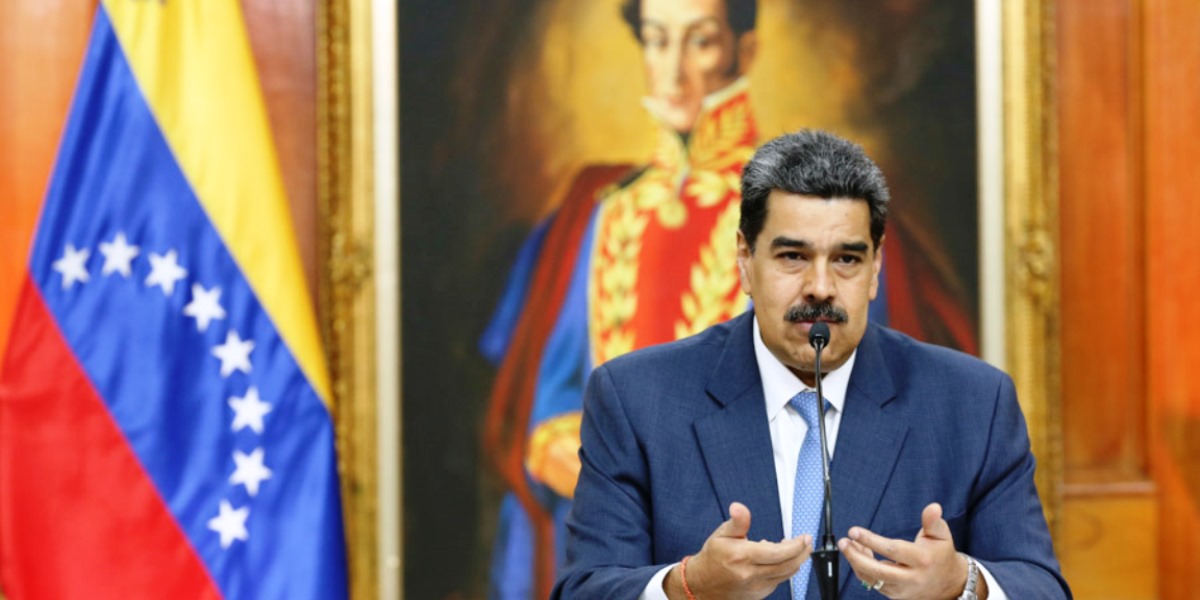 Letter from President Nicolás Maduro to the peoples of the world

To the Peoples of the World

I greet you affectionately on the occasion of informing you about the recent actions undertaken by Venezuela to confront and overcome the illegal blockade that the government of the United States of America has been imposing against my country since almost twenty years ago, with special radicalism during the last five years, causing serious effects on the normal performance of the Venezuelan economy, with subsequent impact on the population’s well-being.

In this regard, I want to inform you about the approval of  a very important legislation that has been named “Anti-Blockade Law for National Development and the Guarantee of the Rights of the Venezuelan People”, which is focused on defending the patrimony sovereignty and dignity of our Homeland as well as our people’s right to peace, development and well-being.

It is a necessary legal response from the Venezuelan State, in perfect harmony with International Law, that will allow for the creation of mechanisms to improve the nation’s income and generate rational and adequate incentives, under flexible controls, to stimulate internal economic activity and carry out productive alliances, through foreign investment, that favor national development.

At the same time, in the political area, I am honored to reiterate that in face of the external aggression that the Unilateral Coercive Measures posed by the United States against Venezuela, our banner is and will continue to be, strengthening and deepening our democracy.

Despite the COVID-19 pandemic, preparations for our legislative elections on December 6, continue with firm pace, where the population will massively concur to fulfill the constitutional mandate of electing a new national parliament.

In this election, whose conditions were agreed to with broad sectors of the democratic opposition of my country, over 90% of the organizations registered before the National Electoral Council will participate, for a total of 107 political parties -98 of them in opposition- and over 14,000 candidates who will compete to obtain one of the 277 parliamentary seats.

The result of this electoral race will undoubtedly grant more strength to our nation and to our people, who have resisted foreign aggression with dignity and firmness and despite all, maintains its spirit of love and solidarity.

Comrades, having updated you on these two elements of the real situation in Venezuela, allow me to share with you some information of interest, to broaden the range of your knowledge on the general context that explains the current reality of my country.

Since 2014, the United States has approved a law and 7 decrees or executive orders, as well as 300 administrative measures, which together make up a sophisticated policy of multiform aggression against Venezuela.

In five years, the blockade succeeded in cutting off financing to Venezuela, preventing it from accessing the required currency to acquire food, medicine, spare parts, and essential raw materials for economic activity. During that period, Venezuela experienced the sharpest fall in its external income in all of its history, close to 99%.

The United States has decreed a ban on the commercialization of Venezuelan hydrocarbons, its main export product and source of fiscal income. In this context, since the beginning of the new coronavirus pandemic, on different opportunities the United States has publicly boasted having assaulted ships bringing Venezuela the required products to produce gasoline and supply the internal fuel market, aggravating even more the economic situation.

Invoking this illegal regulation, the United States has confiscated money and assets from PDVSA, the Venezuelan State oil company, including several refineries on U.S. soil, whose worth exceeds 40 billion dollars.

These legal instruments are the arm that applies a cruel blockade against the Venezuelan people, which Alfred de Zayas, an independent United Nations expert on Human Rights, describes unequivocally as “crimes against humanity”.

In this regard, in an investigation from the Center for Economic and Policy Research of the United States on the blockade on Venezuela, the American economist Jeffrey Sachs, special adviser to the United Nations Organization on the Sustainable Development Goals, determined that the blockade against Venezuela is responsible for at least 40,000 deaths in my country, for which the sanctions must be considered as a “collective punishment of the Venezuelan people”.

In a surprising official statement on January 2018, the U.S. State Department admitted its illegal intentions:

“The pressure campaign against Venezuela is working. The financial sanctions that we have imposed have forced the Government to begin to default, both in its sovereign debt as well as that of PDVSA, its oil company. And what we are seeing (…) is a total economic collapse in Venezuela. Therefore, our policy works, our strategy works and we will maintain it”.

This is a confession of an international crime, an act of economic savagery, a crime against humanity, with the only purpose of hurting my country and the people of Venezuela.

The illegal application of Unilateral Coercive Measures, called with the euphemism of “sanctions”, is a policy repeatedly rejected by the United Nations General Assembly, contrary to International Law and a violation of the United Nations Charter.

For all the above mentioned, last February 13, Venezuela went to the International Criminal Court to denounce those who, from the United States, have committed these atrocious crimes against humanity. I am confident that sooner than later, international justice will look upon Venezuela with objectivity and will see the great damage that the United States has produced on a pacific, loving and hard-working people.

I want to express my gratitude for the consideration that you have had in reviewing the content of this letter, which I hope has been useful in order to keep you correctly informed on the real situation of Venezuela, and at the same time I would like to take the opportunity to thank you for your permanent solidarity towards Venezuela. Together we shall overcome!

To the Peoples of the WorldDescarga