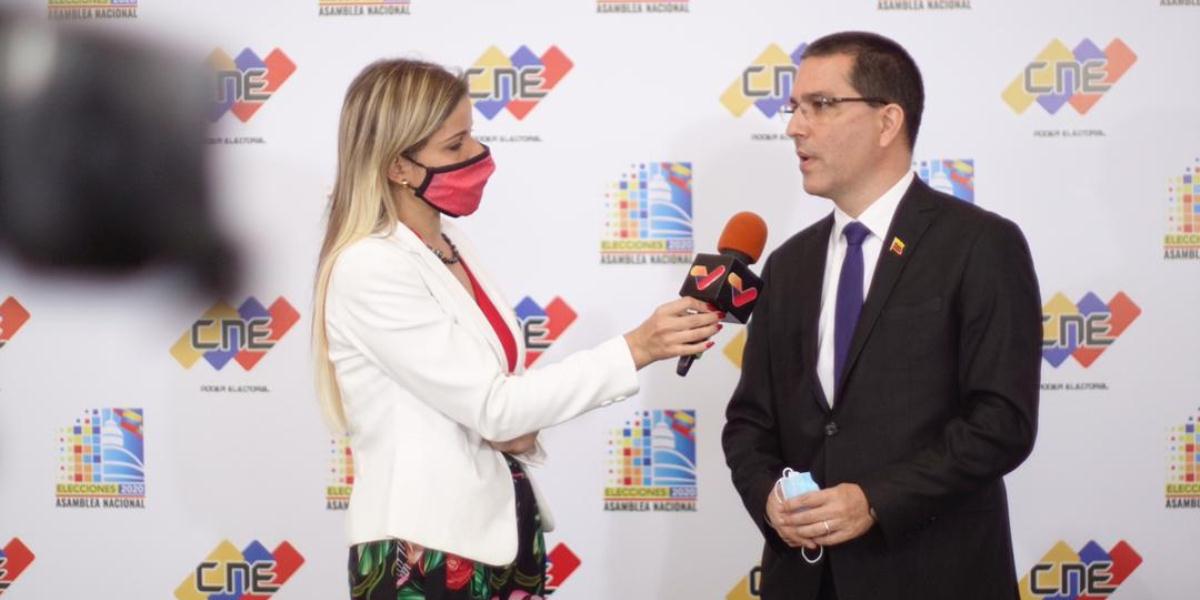 The People’s Power Minister for Foreign Relations, Jorge Arreaza, said this Friday that after the presentation of the New Electoral Technological Solution of the Automated Voting System, which will be used in the next elections of deputies to the National Assembly to be held next December 6, the international community will not be able to allege lack of guarantees as an excuse to request the postponement of the democratic day in the country.

He assured that he would dare to challenge, in the best terms, any foreign minister in the world “to show that his electoral system is more transparent and more armored, from the technological point of view of audits, than the Venezuelan”, emphasizing that the electoral system of the South American country is the best in the world.

From the headquarters of the National Electoral Council (CNE) in Caracas, the Head of Venezuelan diplomacy highlighted the benefits and robustness of the new machine that will be used in the upcoming parliamentary elections, highlighting its auditable capacity. “There are 12 previous audits in which the political parties that are going to be part of the election participate”, he pointed out about the detailed explanation made by the Electoral Power about the new technology.

He stated that the diplomatic representatives of the countries that were present at the exhibition of the new technologies of the CNE, “will be able to convey to their Foreign Ministries, their Governments and their peoples that they have witnessed a new moment in the Venezuelan electoral system, which if previously admired in the world, now it will be even more so.”

He recalled that 24 electoral processes have been carried out in Venezuela in the last 20 years, guaranteeing transparency in each one of them; “The will of the voter has been guaranteed, who can even do his own audit when he picks up his paper and sees that it corresponds to what he selected on the machine.”

Finally, he pointed out that once again Venezuela is teaching the world a lesson of democracy. “The facts speak for themselves, we are a country with a deep democratic culture that is expressed, in addition to elections,” in all spaces of People’s Power created by the Bolivarian Revolution.