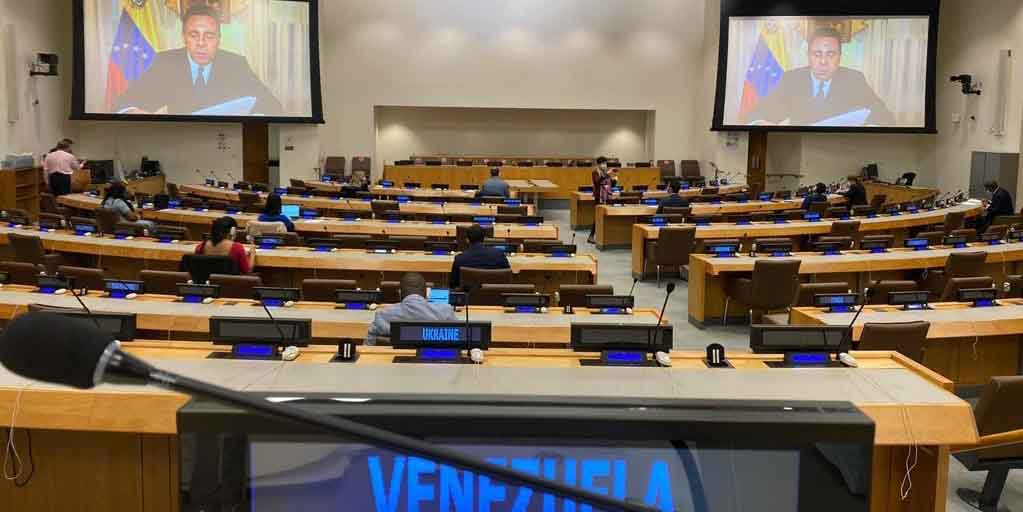 Permanent Representative of the Bolivarian Republic of Venezuela to the United Nations (UN), Samuel Moncada, reaffirmed the Bolivarian Government’s commitment to the 2030 Agenda for Sustainable Development at the debate of the Second Committee of the General Assembly held on Thursday.

“The Bolivarian Republic of Venezuela, even in the midst of the hardships caused by the worst pandemic in 100 years, ratifies its strong commitment to the 2030 Agenda for Sustainable Development, particularly to the eradication of poverty in all its forms, including extreme poverty, as this is the main goal of our national development plans. To our country, leaving no one behind, rather than a rhetorical phrase, is a state policy, as demonstrated by the numerous social programs underway,” pointed out the Venezuelan ambassador.

Likewise, the Venezuelan diplomat highlighted that the COVID-19 pandemic has affected all aspects of life around the world, and stressed it has become a threat that could reverse the development achievements for which the countries have worked so hard.

In this regard, the Venezuela delegation to the UN presented three proposals to move forward amid the pandemic towards the achievement of the 2030 Agenda.

First, the complete and immediate derogation of unilateral coercive measures that violate the Charter of the United Nations and international laws and that have been imposed against a third of humanity, including 30 million Venezuelans, and whose application today, amid the COVID-19 pandemic, prevents access to medical equipment, medicines, tests, food , fuel and other essential services to save as many lives as possible.

Second, the extension of financing to multilateral and regional banks, under favorable conditions and without discrimination or politization, to provide greater liquidity to the financing systems of developing countries.

Third, an agreement on debt moratorium for all developing countries, without distinction, as well as an increase in official assistance to strengthen development and North-South, South-South cooperation.

Finally, Venezuela reaffirmed its commitment to actively participating in the construction of a multilateral model and system focused on human beings to strengthen strategies favoring the eradication of poverty and social exclusion, on the basis of international solidarity and cooperation.