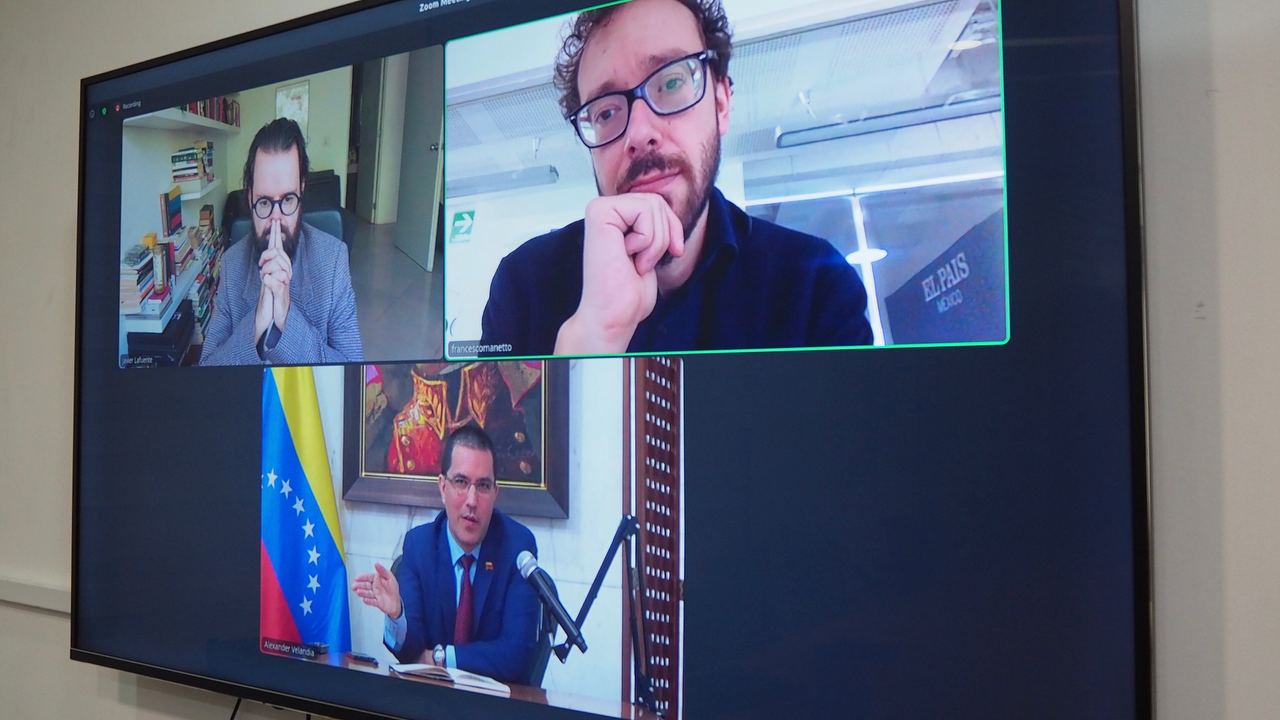 Foreign Minister Arreaza to El País newspaper: ‘Towards the EU, there will only be dialogue and understanding’

In an interview with Spain’s El País newspaper, Minister of People’s Power for Foreign Affairs, Jorge Arreaza, ratified that “there is no possibility” of delaying the parliamentary elections as an European Union (EU)’s condition to send an observation mission and that the date of December 6 cannot ve out off because it is mandated by the Constitution.

“Any kind of presence of the EU and its member countries as observers is welcomed in Venezuela,” said the Venezuelan foreign minister regarding the forthcoming elections.

Arreaza also confirmed the Venezuelan Government maintains channels of communication with Josep Borrell, high representative of the European Union for Foreign Affairs and Security Policy, and said that there will only be dialogue and understanding towards the EU, even to help it overturn the illegitimate decisions it has made outside international laws concerning Venezuela.

Regarding the forthcoming parliamentary elections, the Venezuelan foreign minister explained that the Venezuelan opposition is trying to postpone the elections in search of a better political moment because “it is fractured and divided. The leadership of the person they recognized last year (Juan Guaidó) hit rock bottom. They are trying to gain time. That is the opposition’s game the EU has joined, but the only game we have to play is the Constitution’s, and the dates are very clear, unquestionable and cannot be put off.”

Arreaza argued that in Venezuela there is no room for the pretext of the COVID-19 pandemic to postpone the elections as EU countries with more complicated situations have carried out electoral processes.

“We cannot violate the Venezuelan Constitution due to an international pressure with a sanitary pretext. If the situation in Venezuela were Brazil’s, Colombia’s, or Chile’s, it could be evaluated, but it is not and it will not be. We are not to be blamed for the opposition’s ineptitude of joining the U.S. plans, of trying to impose a fake government, regretting, being divided and fractured,” stressed the Venezuelan diplomat.

El País also asked the foreign minister about the infamous report written by the Fact-finding Mission and requested by the UN human Rights Council.

The representative of the Bolivarian Government explained it is not an UN report, nor has it been approved by the Human Rights Council or the General Assembly. The alleged independent experts “did not come to Venezuela, and we are working with the Office of High Commissioner Michelle Bachelet and her staff in Venezuela, where they have visited all the places they have wanted to assess the reality of what’s happening in Venezuela, not like these gentlemen and ladies who wrote their report from afar. It is absurd to validate this mission.”

In the domestic context, the foreign minister explained that the hardships regarding oil supply and public services are the result of the blockade imposed by imperialism.

“The United States prevents the arrival of tankers to process fuel in Venezuela. However, supply is being restored. The problem this year is the pandemic. Part of the electorate is unhappy with the revolution because that is the goal of sanctions and blockades. You should read the book by Richard Nephew, former Obama’s advisor. That is the number one goal of unilateral sanctions, to inflict pain on the people from the sanctioned country so that they rebel against their authorities.”

Finally, regarding the process of dialogue between the Bolivarian Government and the opposition, Foreign Minister Arreaza pointed out that the National Dialogue Table and the pardon decree seek to achieve agreements, reconciliation, meetings and a greater political participation, and “we took that step forward.”