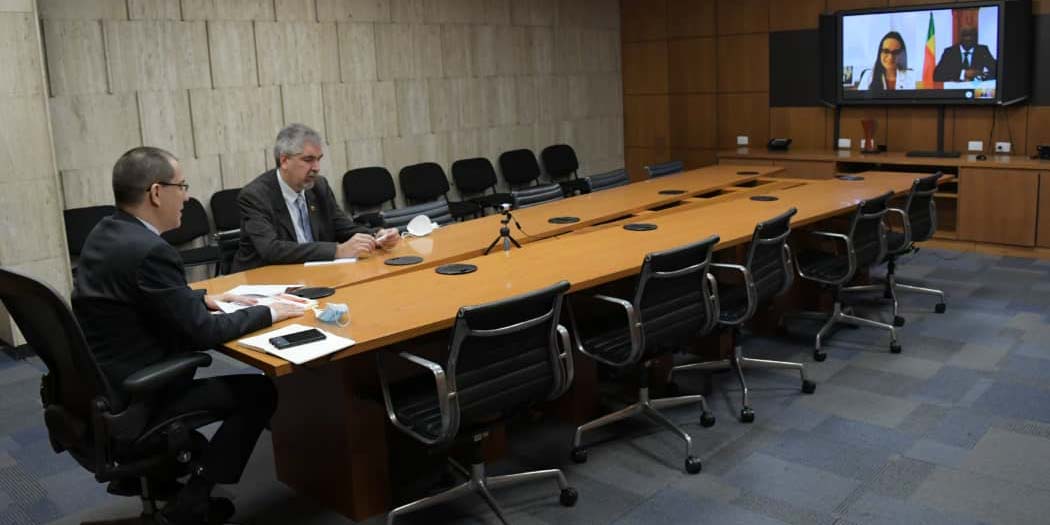 In the context of the 75th Session of the UN General Assembly, Venezuela’s and Benin’s Foreign Ministers, Jorge Arreaza and Aurélien Agbénonci, held a bilateral meeting on Tuesday via video conference to review the bilateral cooperation agenda and share views on their countries’ international policies.

In the company of Vice-minister for Africa, Yuri Pimentel, and Venezuelan’s Ambassador to Benin, Belén Teresa Orsini, who virtually joined the video conference, the foreign ministers ratified the defense of multilateralism and mutual cooperation in international fora where they share membership.

Regarding binational cooperation, the diplomats addressed areas such as culture, tourism and hydrocarbons to move forward with the Venezuelan-Benin Joint Commission.

Recently, Venezuela and Benin held virtual meetings to strengthen solidarity and cooperation. On September 15, the directors of the Beninese Petroleum Society (SOBEH, French acronym) and a delegation of Venezuela’s Oil Ministry and PDVSA held a meeting to boost the oil bilateral cooperation agenda.

Likewise, on July 22, representatives of the Bolivarian Government and the School of African Heritage (EPA), based in Benin, discussed proposals to strengthen cooperation and cultural heritage exchange.

As the Bolivarian Revolution came to power in 1999, Commander Hugo Chávez stressed the need of deepening relations with all the countries of Mother Africa, an integration policy that has been strengthened by President Nicolás Maduro.