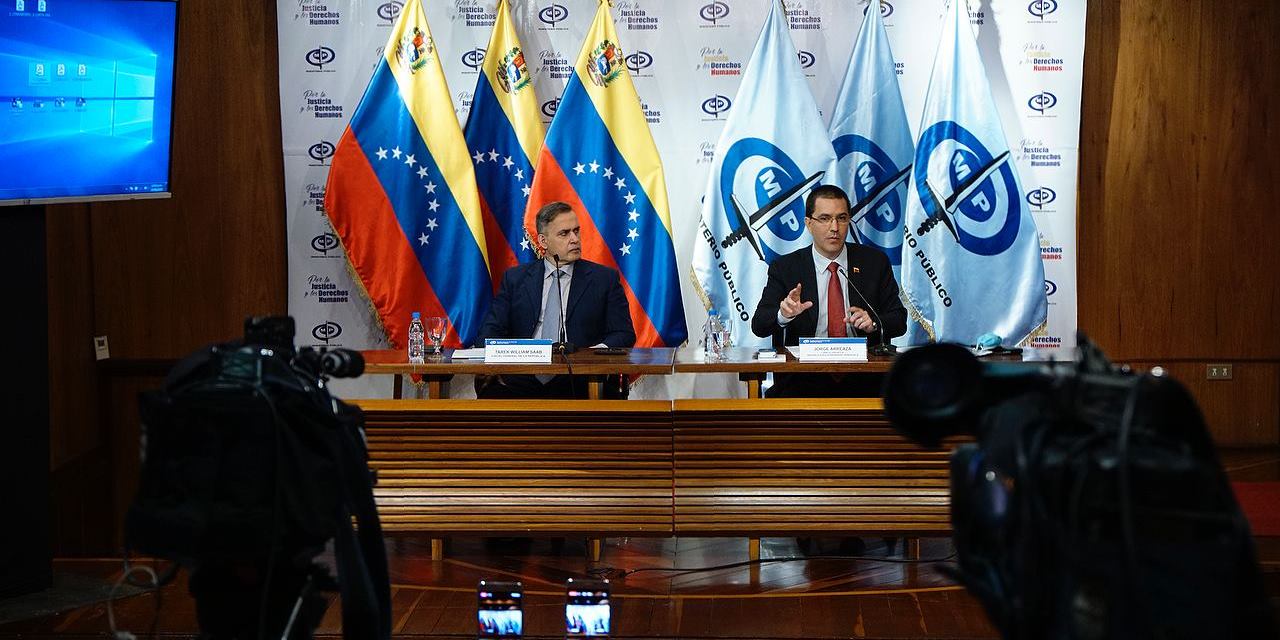 On September 16, the so-called “Independent International Mission for Determining Facts about Venezuela” released a “report” on the human rights situation in the Bolivarian Republic of Venezuela written without experts setting foot in the country to conduct investigations on site.

The publication was released two days after UN High Commissioner for Human Rights Michelle Bachelet recognized the progress made by her Office in cooperation with the Venezuelan Government and signed the renewal of the Letter of Understanding with Venezuelan authorities endorsed on September 20, 2019.

In a joint statement on Saturday, September 19, Minister of People’s Power for Foreign Affairs, Jorge Arreaza, and Attorney General, Tarek William Saab, strongly rejected the report and introduced evidence and elements that contradict the biased report.

The Venezuelan foreign minister said this report aims to undermine the joint work carried out by the Venezuelan Government and the UN Office of the High Commissioner for Human Rights and boycott the process of political dialogue in the country and the parliamentary elections to be held on December 6, 2020. As a matter of fact, it was released in the eve of these elections.

The document, written by a parallel commission which has not been authorized by Venezuela, stems from efforts made by the U.S. Government, the Organization of American States (OAS) and the so-called Lima Group, bodies that have played a key role in a campaign to discredit the Venezuelan institutions.

Foreign Minister Arreaza warned that the experts of the “independent” mission are “playing politics with human rights, not for human rights,” and labeled the report as “a propaganda monument for war” against Venezuela.

The report is ridden with multiple methodological flaws regarding the compilation of information since it merely cites alleged (non-verifiable, unfounded or made-up) “sources” that contributed to it, as well as “digital information,” mostly distorted and non-verifiable.

As the report claims, it is based on interviews to political figures and was not written on site.

“It is a completely politically-biased report, a very mediocre report legal wise, featuring a serious mistake at the source for any human rights defender: They did not come to investigate on site at all,” claimed Attorney General Tareck William Saab.

Saab said that an additional “serious mistake” made by the commission was the fact of ignoring with “total disrespect” the everyday, systematic work carried out on site by the Attorney General’s Office, the Ombudsman’s Office, the courts and other Venezuelan institutions guaranteeing respect for human rights.

The report fails to explain that President Nicolás Maduro has repeatedly urged police and military agents to act in accordance with the law and respecting human rights. President Maduro even publicly prohibited the use of pellet shotguns to control protests, despite being an instrument authorized by international standards.

Likewise, it fails to explain that Minister of People’s Power for Defense, General in Chief Vladimir Padrino López, has also ordered police and military agents to act in accordance with the law and respecting human rights.

The report also partially cites President Maduro’s statements by taking them out of context and omitting elements that refute the thesis they try to justify.

How was the commission established?

The so-called “Independent International Mission for Determining Facts about Venezuela” was promoted by the self-identified Lima Group, with the support of the European Union, in an attempt to hide the serious human rights violations in those countries (Chile, Ecuador, Colombia).

The mission, created by a biased resolution approved by the votes of 19 member countries of the UN Human Rights Council, was rejected by the Venezuelan Foreign Ministry in December 2019.

Currently, the Venezuelan Government is working in coordination with the UN Office of the High Commissioner for Human Rights within the framework of the Letter of Understanding endorsed on September 20, 2019, in accordance with Resolution A/HRC/42/4, adopted by the Human Rights Council in its 42nd period of session; therefore, the Venezuelan State does not recognize any parallel mission.

The report, therefore, creates contradictions within the United Nations and tries to ignore Venezuela’s joint work with the Human Rights Council through the Office of High Commissioner Michelle Bachelet.