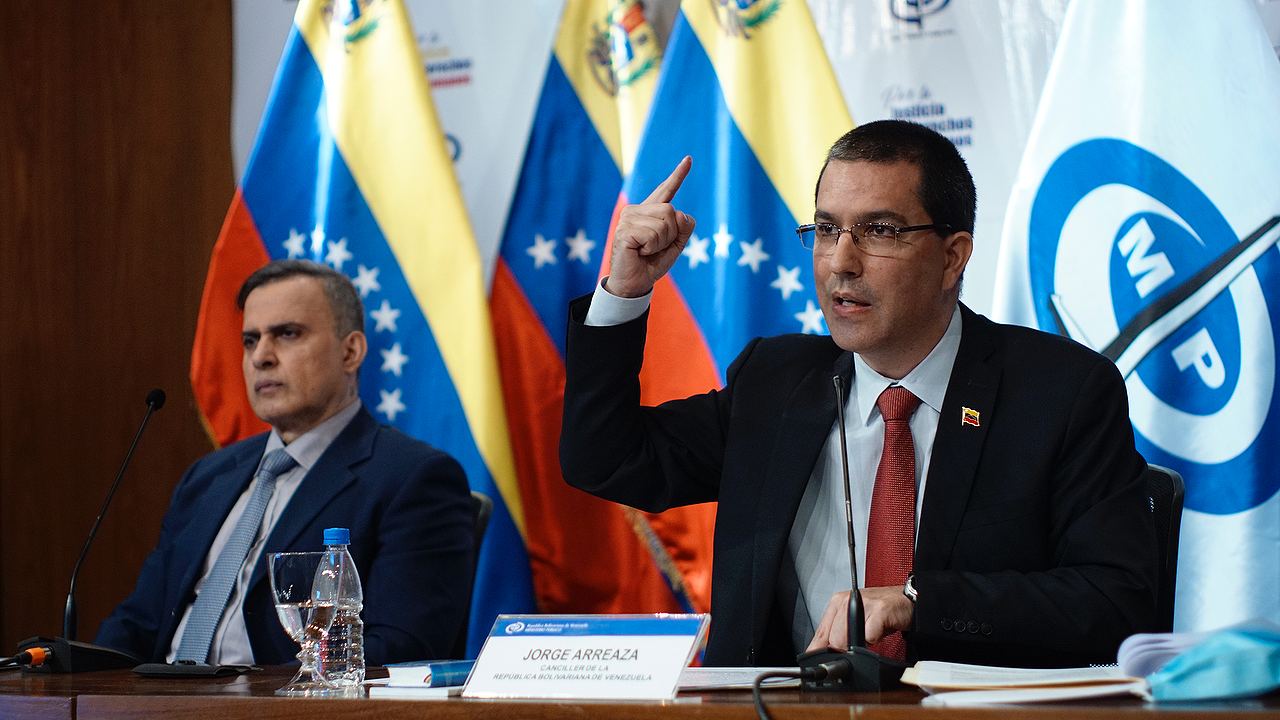 This Saturday, the People’s Power Minister for Foreign Relations, Jorge Arreaza, together with the Attorney General of the Republic, Tarek William Saab, spoke out in rejection of the report issued on September 16 by the UN Independent International Mission.

In statements to the media, Foreign Minister Arreaza began his speech by clarifying that the United Nations Human Rights Council approves resolutions which have cooperation mandates, and that are in coordination with the member states.

“There are two resolutions, one on cooperation with the UN High Commissioner for Human Rights, Michelle Bachelet and her office -approved in 2018, ratified in 2019 and which we aspire to be renewed this year-, which is working on the ground with its setbacks and advances, but in any case it is the one that the Venezuelan State endorses, and another resolution that arises from the aggression of the self-styled Lima Group and cartelized countries, led from Washington to bomb and dynamite the work of the office and its cooperation with Venezuela”, said the Foreign Minister.

He also said that this “biased report” seeks to torpedo the dialogue that has been installed in Venezuela, disrupt the electoral process, and Venezuela’s role in international relations. “It is an aggressive, deceitful, and lascivious resolution of the Venezuelan sovereignty contemplated through a Mission of Determination of Facts.”

He also denounced that none of the members of the mission visited Venezuela which is irresponsible, an absolute fraud, and a monument to war propaganda, since they had been diplomatically informed that there was a UN team working on this matter.

For his part, the Attorney General of the Republic offered a balance on the management of the Public Ministry and stressed that the body has given a timely response to all cases to guarantee human rights in the country, so that “the report given by an alleged commission financed by the Lima Group, which charged five million dollars to carry out propaganda, does not prove anything”.

He added that the body responsible for the criminal action has charged 804 officials and 123 civilians, for a total of 927 people, who through the presentation of 375 accusations filed by the prosecutors specialized in the matter are identified as responsible for the violation of human rights.

The prosecutor Saab also reported that more than 3,246 technical inspections have been carried out, an important figure that reveals and details the meticulous work method carried out in conjunction with the auxiliary criminal investigation bodies.

During his intervention, the Attorney General of the Republic denounced that the report of the Mission for the Determination of Facts in Venezuela is marked by a political bias to attack Venezuelan institutions, but with a “terrible” fault of origin by not making the field investigations.

“This report is an annex of the supposed interim government, they copied and pasted statements by political actors that have nothing to do with human rights to promote attacks against the institutions”, he said.