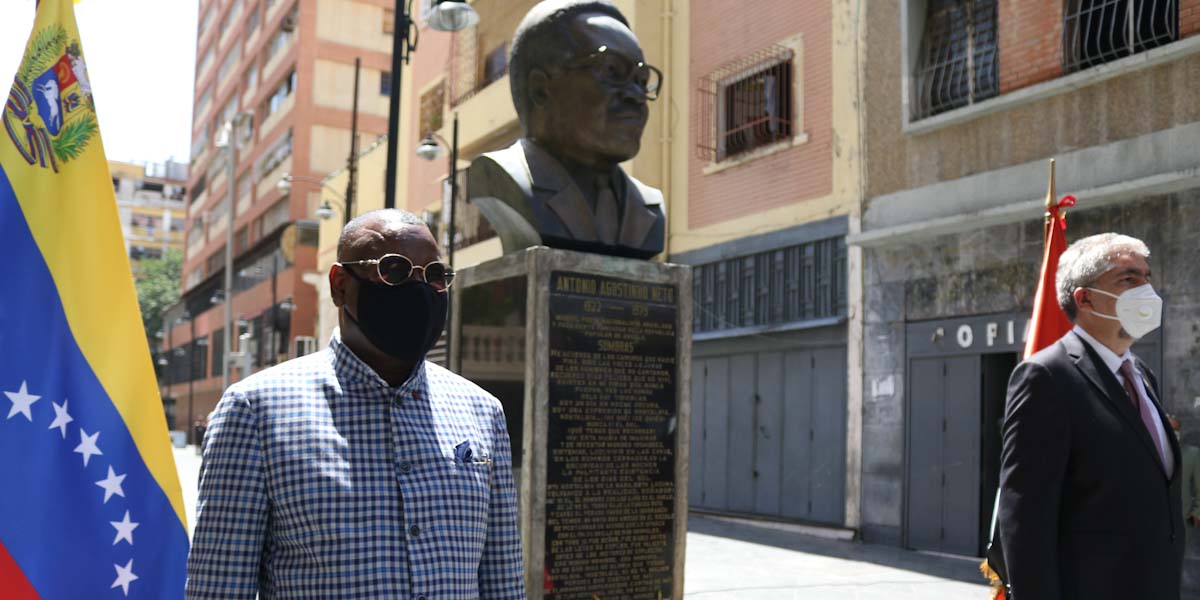 To commemorate the 98th anniversary of the birth of the first president of the Republic of Angola, António Agostinho Neto, a wreath was laid to the bust of this historical leader at the Caracas Municipal Thetaer.

The event was headed by Angola’s Consul to Venezuela, Felisberto Fernándes da Costa, and Vice-minister for Africa, Yuri Pimentel.

“Today we are paying a heartfelt tribute to the leader of Angola’s revolution who led them to their independence. Agostinho Neto is a role model for his people, but also for us. He was a fighter until his last days for the freedom of his people, who today celebrate 45 years of their independence,” said Vice-minister Pimentel.

António Agostinho Neto was born in Luanda in 1922. He was an Angolan politician and the first president of Angola. He led the People’s Movement for the Liberation of Angola and the independence revolution.