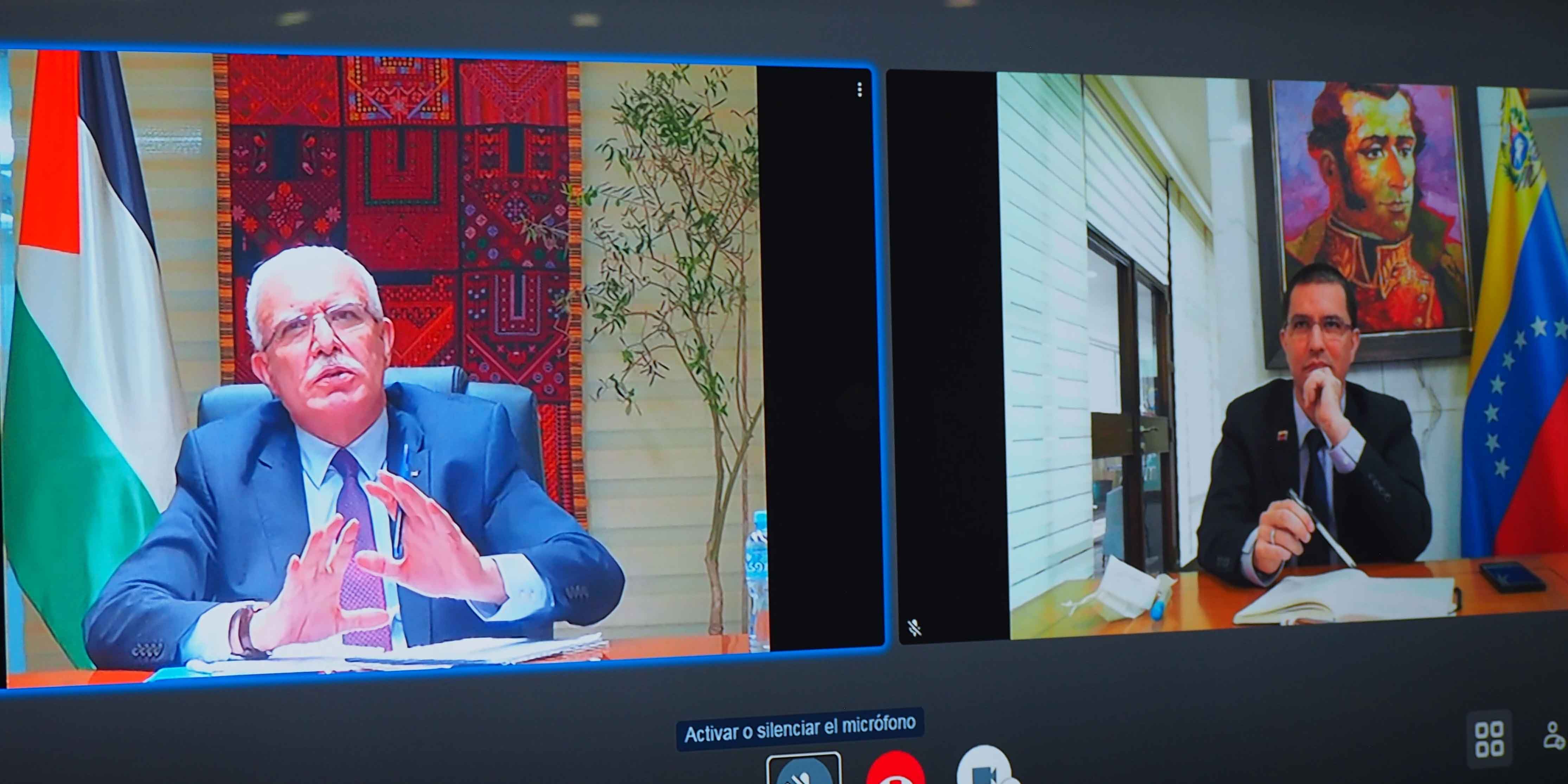 Minister of People’s Power for Foreign Affairs Jorge Arreaza, held on Wednesday a video conference with his Palestinian counterpart, Riad Malki, to strengthen their countries’ ties of friendship, brotherhood, and solidarity and struggle against imperialism.

The video conference tackled the domestic and regional panorama of both countries, victims of the mechanisms of aggression and blockade imposed by the United States.

Likewise, the foreign ministers discussed the need of activating multilateral spaces to face the imposition of supremacist proposals aimed to undermine the sovereignty and self-determination of the peoples.

At the video conference, also attended by Ambassador of the State of Palestine to Venezuela, Fadi Alzaben, and Venezuela’s Vice-minister for Asia, the Middle East and Oceania, Rubén Dario Molina, the diplomats stressed the importance of multilateralism for mutual support in the defense of sovereignty, independence and peace.

Noteworthily, Venezuela, through its Bolivarian Diplomacy of Peace, has defended the right to self-determination of the Palestinian people, starting with the existence of an independent State within the borders established in resolutions of the UN Security Council, particularly Resolution 242 adopted in November 1967 establishing East Jerusalem as Palestine’s capital city.