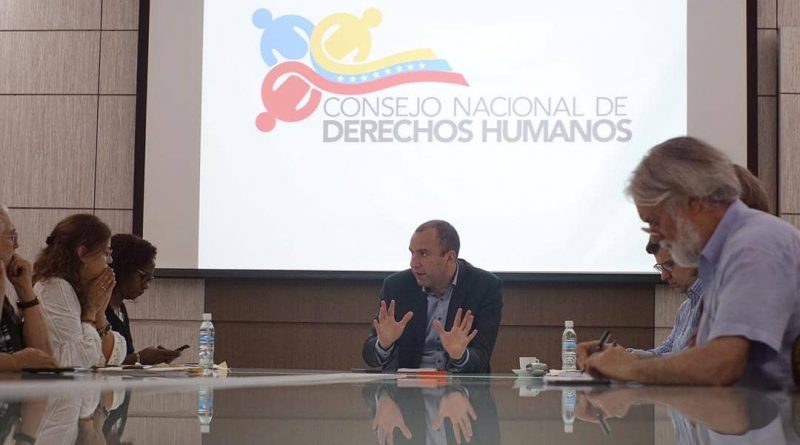 This Tuesday, Venezuela began a public consultation process for the construction of the 9th Country Report on the implementation of the Convention on the elimination of all forms of discrimination against women (CEDAW), which will be presented before the UN.

The information was released by the executive secretary of the National Human Rights Council, Larry Devoe, who explained that Venezuela, as a State party of the UN, assumed the commitment to periodically present before a committee of experts, a report explaining all the measures adopted in the country to implement the provisions of CEDAW.

“This Country Report will be the result of a broad and inclusive process of public consultation with all the sectors involved, including the State institutions that have competence in the design and implementation of policies for the protection of women and girls and the guarantee of their rights, as well as the women’s organizations and movements that make life in our country”, said Devoe.

As part of the model of participatory and protagonist democracy that characterizes Venezuela, the National Human Rights Council along with the People’s Power Ministry for Women and Gender Equality, have arranged a series of consultation spaces, taking into account the context that the COVID-19 pandemic is imposing on us.

Likewise, Devoe pointed out that “this process will make it possible to show not only the progress made by our country in guaranteeing and protecting the rights of women and girls, but also the negative impact of unilateral coercive measures, called sanctions, illegally imposed by the Government of the United States to the country, which undoubtedly have especially affected our women”.

Venezuela ratified CEDAW in the year 1983 and has fully incorporated it into its internal legal system. Article 23 of the Constitution, gives hierarchy to international human rights treaties and establishes that these treaties, including CEDAW, are of direct and immediate application by the courts and other organs of the Public Power.

In that same line, the Organic Law on the Right of Women to a Life Free of Violence expressly recognizes CEDAW, both in its explanatory memorandum and in its article 3, recognizing that all the rights recognized in this Convention must be protected by Venezuelan legislation.