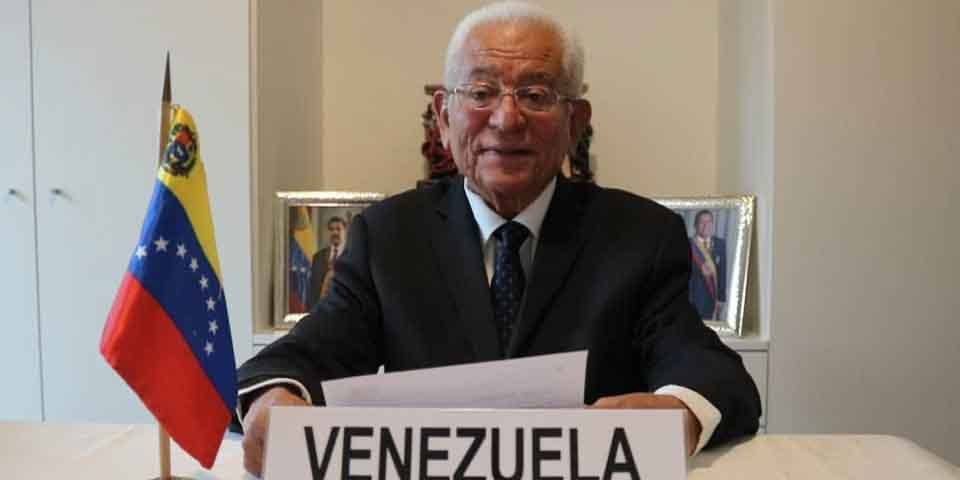 The Bolivarian Republic of Venezuela, through its permanent representative to the UN-Geneva, Jorge Valero, positively appreciated the recognition made by the UN High Commissioner for Human Rights, Michelle Bachelet, of the progress made in technical cooperation with her Office and the negative impact of unilateral coercive measures on the enjoyment of human rights by the Venezuelan people.

Based on the oral update of the High Commissioner’s report, the Ambassador contextualized that since the last presentation of the UN official, “the Government of Donald Trump has increased its siege of Venezuela by imposing new unilateral coercive measures that are causing death and suffering” in the South American nation.

In the framework of the 45th ordinary session of the UN Human Rights Council, the Venezuelan diplomat summarized that the coercive measures have meant the theft of Venezuela’s assets whose value exceeds 30,000 million dollars, which deprives the State of indispensable resources to purchase food, medicine and medical supplies.

He stressed that despite these attacks, the social investment of the Bolivarian Revolution is maintained.

The Permanent Representative to the UN-Geneva agreed with the High Commissioner on the advancement of cooperation and technical assistance relations between the Bolivarian Government and her Office, reinforced by the Letter of Understanding signed in September 2019 and which has been renewed for one more year with the possibility of extending it over time.

He added that the scheduled visits to the country’s penitentiary centers are being carried out, as well as those planned for the Sebin facilities in Caracas, the national intelligence agency of the Venezuelan State.

“Venezuela will continue to provide all the support to the Office for the performance of your mandate, within the framework of constructive dialogue and cooperation”, said the diplomat, while reiterating the will to continue strengthening cooperation ties with this instance of the UN.