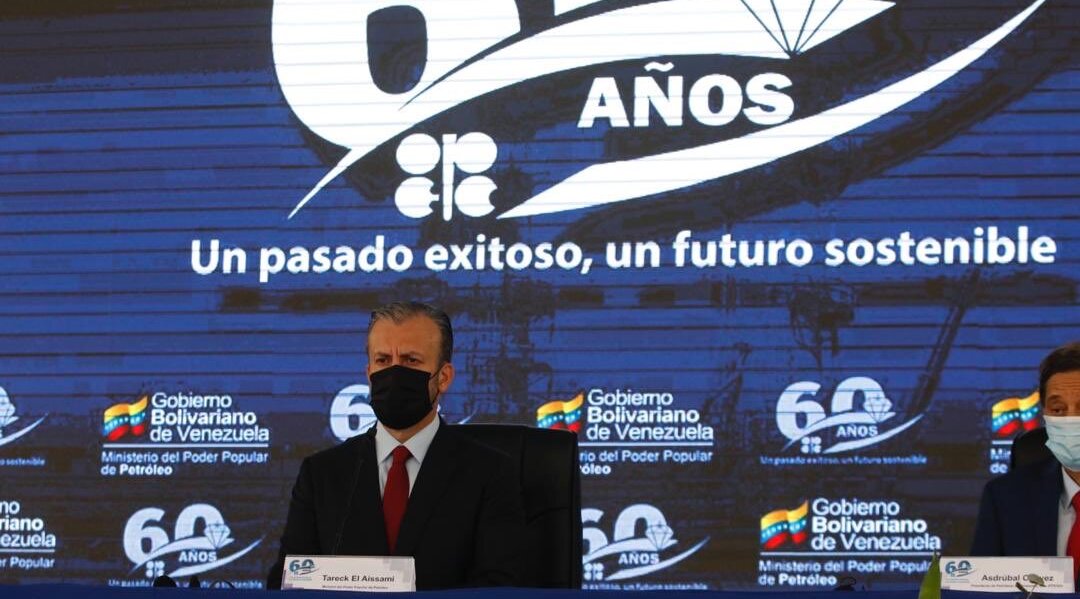 On Monday, the commemoration of the 60th anniversary of the Organization of Petroleum Exporting Countries (OPEC) started with a video conference at the headquarters of PDVSA La Estancia, in Caracas.

The event was headed by Vice-president of Economy and Minister of People’s Power for Oil, Tareck El Aissami, who was accompanied by Russia’s Trade Counselor to Venezuela Valentin Matsenko, Saudi Arabia’s Ambassador Saad Bin Abdullah and Argelia’s Ambassador Gaouthi Benmoussat.

The video conference started with a visit to a photo exhibition themed “60th Anniversary of OPEC,” which features the evolution of OPEC, its role in the oil market and its influence in economic development.

On September 14, 1960, in Baghdad, five visionaries met thanks to the efforts of Venezuelan Juan Pablo Pérez Alfonzo and Saudi Abdullah Al Tariki, who had the initiative to create this organization to safeguard the legitimate interests of each country and guarantee order and stability in the international oil market.