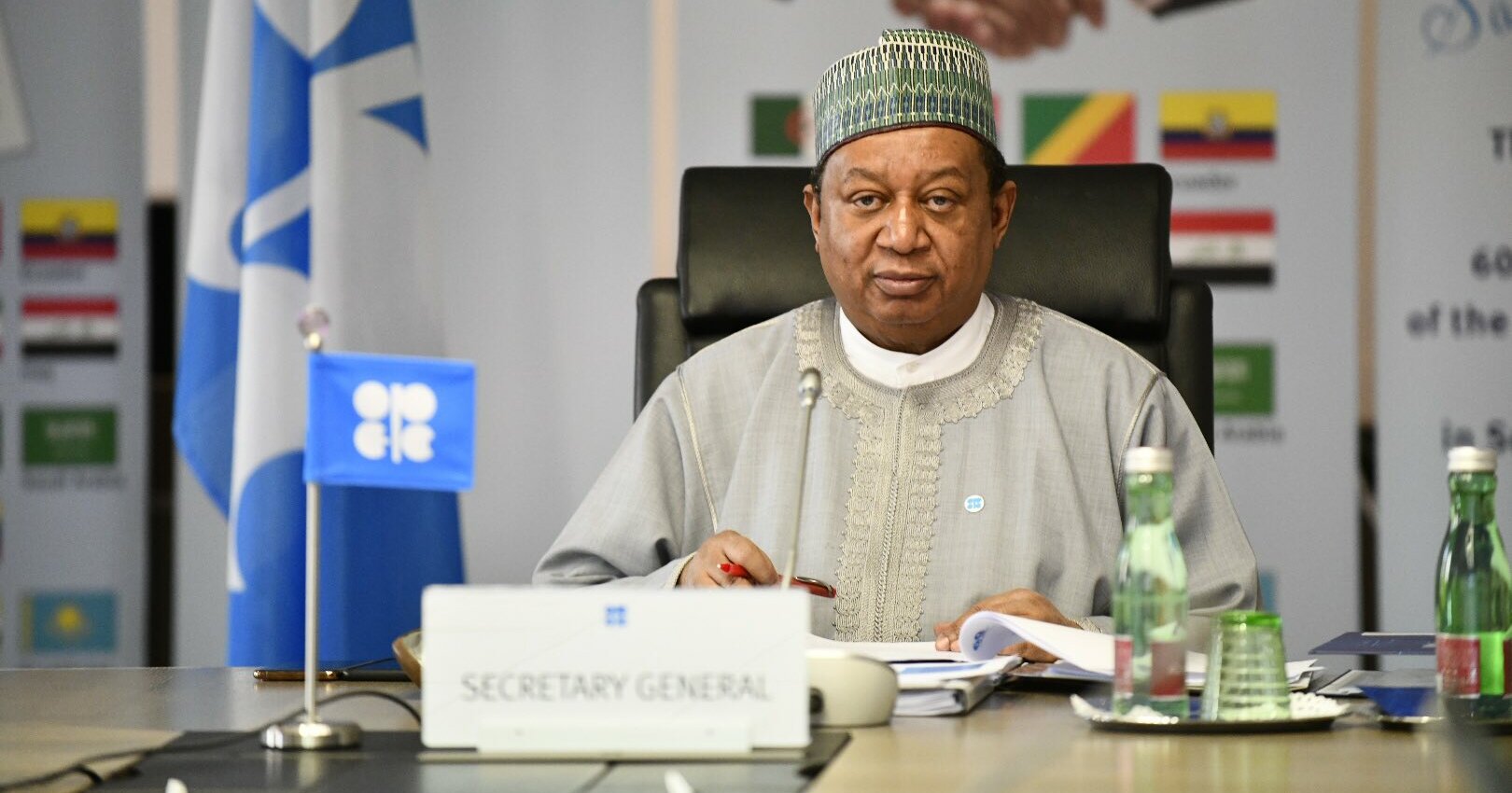 Mohammad Barkindo: ‘OPEC anniversary is a time to reflect on our heritage and principles’

Secretary-General of the Petroleum Exporting Countries, Mohammad Barkindo, said on Monday that the OPEC’s 60th anniversary is a time to reflect on the heritage and historical principles of the member countries that had the self-determination and sovereignty to defend their rights within the oil market.

In a statement at the video conference broadcast at the central event to celebrate the OPEC’s 60th anniversary in PDVSA La Estancia, in Caracas, Barkindo stated that the creation of OPEC represented the legitimate assertion of the rights of peoples and nations to sovereignty over their natural resources.

“This brave and pioneering act represented many things. Firstly, the legitimate assertion of the rights of peoples and nations to sovereignty over their natural resources. Secondly, it was an expression of the firm belief that cooperation and dialogue among nations are the most effective means of overcoming the industry’s many challenges,” explained the OPEC secretary-general.

Barkindo pointed out that OPEC remains committed to these guiding principles of respect among nations, equity, fairness and transparency.

Likewise, he stressed the historic decisions made over decades represent the determination of oil producing countries to contribute to the market’s stability.

“In recent years, our outreach to our non-OPEC partners has yielded the historic Declaration of Cooperation, and was further elevated by the Charter of Cooperation. These historic decisions constitute a determination by 23 oil producing countries to take the collective actions necessary to contribute to oil market stability,” he said.

The OPEC secretary-general stated that the OPEC long experience is a source of pride for all its members, which still firmly believe in cooperation among producing countries.

“The fact that OPEC has evolved and thrived over the last six decades is a source of tremendous pride for the entire OPEC family. Throughout this time, we have face highs and lows, trials and tribulations, yet here we are 60 years later, a unified intergovernmental organization of 13 member countries, more relevant, acclaimed and necessary for the international energy industry,” stated Barkindo.

The main event to celebrate the OPEC’s 60th anniversary included a statement by President of the Bolivarian Republic of Venezuela Nicolás Maduro and was headed by Vice-president of Economy and Minister of People’s Power for Oil, Tareck El Aissami; Ambassador of the People’s Democratic Republic of Algeria, Gaouthi Benmoussat; President of Petróleos de Venezuela S.A. (PDVSA), Asdrúbal Chávez; and other diplomatic representatives of OPEC member countries and Venezuelan authorities.