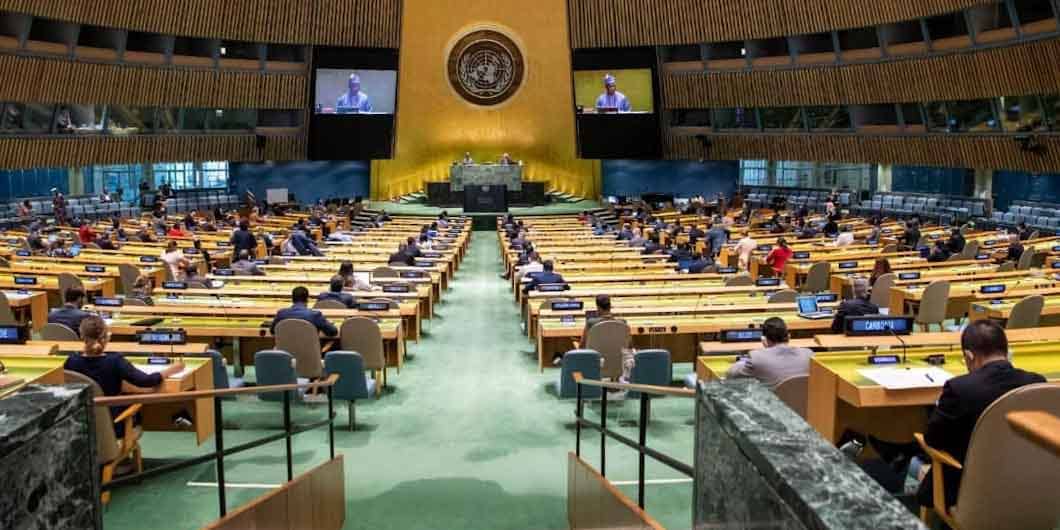 The General Assembly of the United Nations (UN) approved this Friday an omnibus resolution for the “Comprehensive and Coordinated Response to the COVID-19 Pandemic”, which included a paragraph proposed by the delegation of the Bolivarian Republic of Venezuela that demands the cessation of the application of unilateral coercive measures against sovereign nations.

During the meeting of the UN General Assembly, despite the fact that the German delegation, on behalf of the European Union, requested that the Venezuelan paragraph be taken to a vote, the national proposal was approved with a large majority, upon receiving the support from 84 countries.

The Venezuelan proposal, which was included in the draft resolution, reads: “It strongly urges States to refrain from enacting and unilaterally applying economic, financial or commercial measures that are not compatible with international law and the Charter of the United Nations and that prevent the full achievement of economic and social development, particularly in developing countries”.

The resolution as a whole, which calls for strengthening international cooperation and solidarity to contain, mitigate and overcome the pandemic and its consequences, was put to a vote, at the request of the US delegation due of its rejection to the recognition that the text makes of the crucial role that the World Health Organization (WHO) has played in the fight against the coronavirus.

The resolution, whose negotiations lasted for more than five months, was approved with 169 votes in favor, 2 against (Israel and the US) and 2 abstentions (Hungary and Ukraine). It is thus the first document negotiated intergovernmentally, within the framework of the UN General Assembly, in response to COVID-19. Subsequently, this text will serve as the framework for everything related to the coordinated response of the international community to the pandemic.

In this sense, the alternate ambassador of the Bolivarian Republic of Venezuela to the UN, Joaquín Pérez Ayestarán, expressed through his Twitter account @japerezve that the approval of the resolution represents “an acknowledgment of the international community to the negative effects of the sanctions against our peoples. They are illegal actions that undermine national efforts in the fight against COVID-19 and prevent access to supplies, medical equipment, medicines and food.”

Finally, the Venezuelan diplomat pointed out that the 13 countries (Bolivia, Brazil, Canada, Chile, Colombia, South Korea, Ecuador, the US, Georgia, Israel, Japan, the United Kingdom and Ukraine) that opposed the inclusion of the paragraph in rejection to the unilateral coercive measures were defeated by the majority of the member states of the UN General Assembly, which represents a triumph for the responsible members of the international community and for those who defend multilateralism and international law.