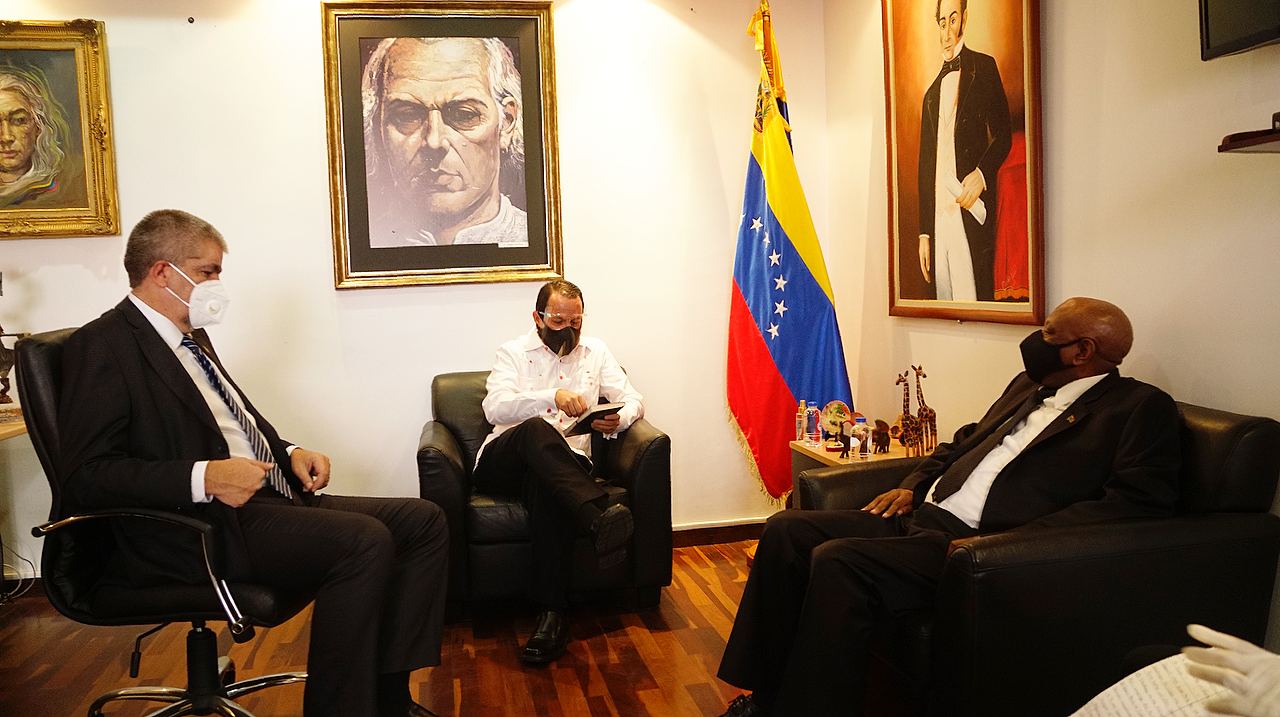 This Tuesday, the Vice-ministers for multilateral Issues and for Africa of the People’s Power Ministry for Foreign Relations, Alexander Yánez and Yuri Pimentel, held a meeting in the spaces of the Venezuelan Foreign Ministry with the South African ambassador to Venezuela, Joseph Nkosi.

The meeting served to discuss issues of interest in the multilateral sphere considering the holding of the 75th session of the United Nations General Assembly -which begins this September-, as well as the initiatives to be developed within the framework of the of Non-Aligned Movement (NAM).

In the same way, the parties also evaluated and exchanged approaches and views around the United Nations Security Council and the UN Human Rights Council.

During the meeting, Vice-minister Yánez explained that one of the issues addressed was the historical relations between the South-African and Venezuelan people, nations united thanks to the vision of Commander Hugo Chávez and continued by President Nicolás Maduro.

The Vice-mMinister for Multilateral Issues also reported that next week a videoconference will be held between the two countries –Venezuela and South Africa-, in order to specify objectives, actions and coordinate both countries in the multilateral framework.