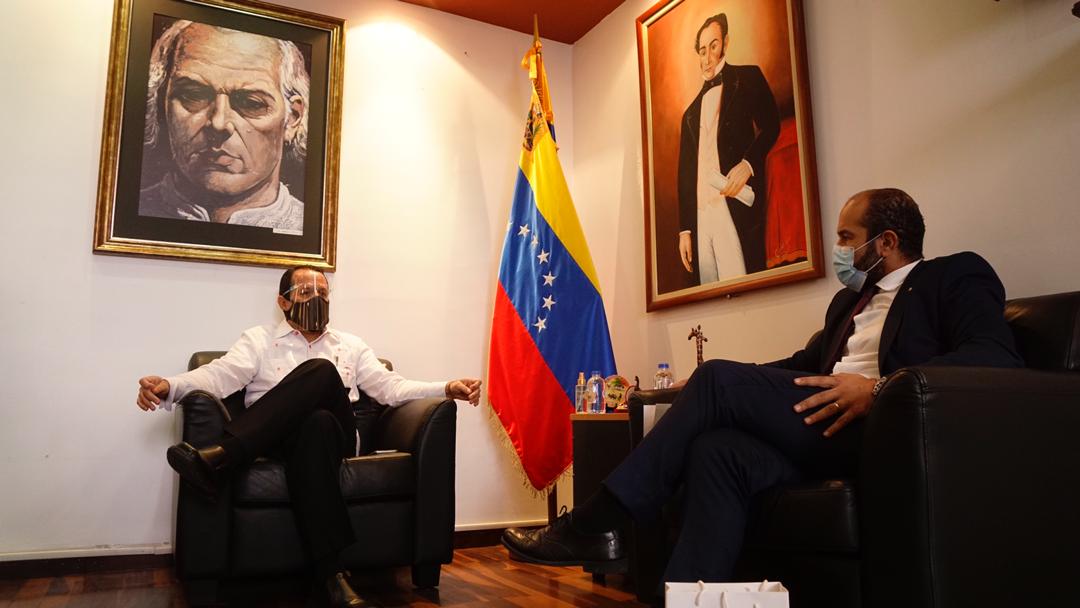 The Vice-minister for Multilateral Issues of the People’s Power Ministry for Foreign Relations, Alexander Yánez, held a meeting on Tuesday with the Ambassador of the State of Palestine in Venezuela, Fadi Alzaben, in which they discussed the situation of siege and blockade imposed by States United against both nations.

In this regard, the representatives expressed the need to strengthen and promote diplomatic relations in multilateral matters in the context of the 75th General Assembly of the United Nations.

Likewise, they mentioned possible initiatives in multilateral spaces to be developed in the coming months, within the principles of friendship, brotherhood and solidarity that characterize both peoples.

It should be noted that Venezuela and Palestine have various bilateral cooperation agreements in the areas of education, economy, agriculture, tourism, defense, health, and security.